Project Fear versus the positive case for ‘Bremain’ 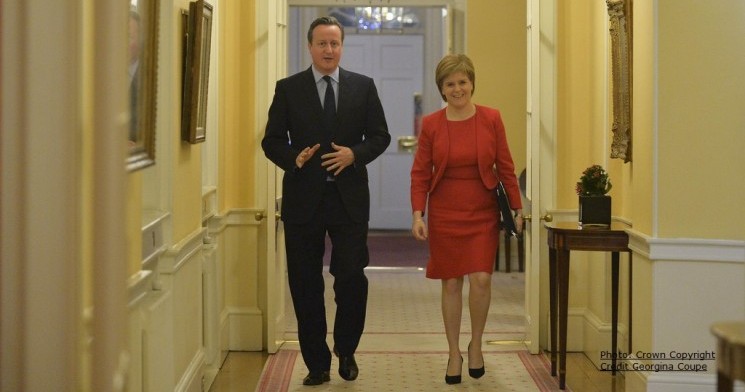 On 29 February 2016 Scotland’s First Minister, Nicola Sturgeon, made the argument for an ‘uplifting’ and ‘thoroughly positive debate’ about the EU across Britain in the build-up to the referendum to be held on 23 June. It was a thinly veiled attack on what has been dubbed David Cameron’s ‘Project Fear,’ a rhetorical strategy that worked in the Scotland referendum not by stressing the strengths of his case for the Union, but by hammering away at the known unknowns of the case for Independence.

In the EU referendum, Project Fear involves the use of scare stories and ‘leap in the dark’ metaphors to make an essentially negative case for ‘Bremain’. Voters are invited to accept the logic of the proposition that although the EU is not perfect, the alternatives are probably worse, and that the entire process of ‘Brexit’ could damage the British economy and national security for decades. Put another way: don’t risk possible future momentum at a delicate moment in Britain’s economic recovery.

Sturgeon cleaves to a different view. Speaking on Cameron’s own patch in London, she explained that ‘if people are encouraged to and given the opportunity to truly engage in the issues, and realise the potential impact, good or bad, on their own day to day lives, then it is possible to generate a thriving democratic debate that leaves a positive legacy regardless of the outcome of the referendum’.

This is a laudable position and one that in theory would work to inform, educate and, perhaps, even entertain the voting public. It may also have a galvanising effect on voter turnout. This is particularly significant for the Remain camp, which Sturgeon is backing, because research suggests that hardened Eurosceptics in the Leave camp are more likely to register their anti-EU views in June, than are those wanting to keep Britain inside the club.

Sturgeon’s enthusiasm for a positive debate centring on a solidarist account of the virtues of collective action on common goals in the EU is admirable. However, even at this relatively early stage in proceedings, it does not seem too pessimistic to argue that the First Minister’s remarks betray a fundamental misunderstanding of the recent history of the national ‘conversation’, such as it has been, about the EU in Britain for a number of years – to be precise, in England.

There has been an almost total lack of political belief in the European project amongst the political classes for decades. The Eurozone crisis has only weakened still further what relatively little support there was for the EU, with the unedifying notion that Britain is now ‘shackled to a corpse’ gaining traction in UKIP and the Conservative Party.

Meanwhile, the most Europhile mainstream UK party, the Liberal Democrats, were all but wiped off the political map in the 2015 election. The Green Party possesses many positive messages about the EU, but struggles to be heard in national debates on a consistent basis. This may change when the Yes campaign gets up and running properly but for now the most obviously Europhile voices in Britain are rarely heard.

All these developments have left the way clear for a maelstrom of much more critical voices to dominate the debate. Large swathes of the English press, especially traditional Conservative-supporting titles such as the Daily Mail and Daily Telegraph, have been turning the British public and politicians off the EU for a years.

On European policy, there has developed amongst politicians a climate of fear about Eurosceptical backlashes if they dare admit that Britain has a hand in the EU’s policy-making process. Going that stage further and extolling the virtues of the EU in domestic debates (or even giving the public some basic information to work with) has become equally problematic for them, such is the UK media obsession with British-EU conflicts, stand-offs and red lines that need to be defended against encroachments from ‘Brussels’.

The odd exception aside (stand up Mr Blair), UK politicians have found it more convenient for electoral reasons to EU-bash rather than patiently explain to the public the many successes London has had in helping bringing the EU into closer alignment with Britain’s national economic and political preferences. The weight of political and media coverage has come to lean heavily towards the negatives of membership, not to mention the myths about the ‘barmy’ EU directives that damage daily life in Britain.

All very amusing, but they do nothing to inform or educate – quite the reverse. Finding noble EU-enthusiastic messages in what generally has been an ill-informed and poisonous debate for a number of years would, therefore, probably be seen by Conservative politicians on the Bremain side as a leap in the dark of a very different and more dangerous kind.