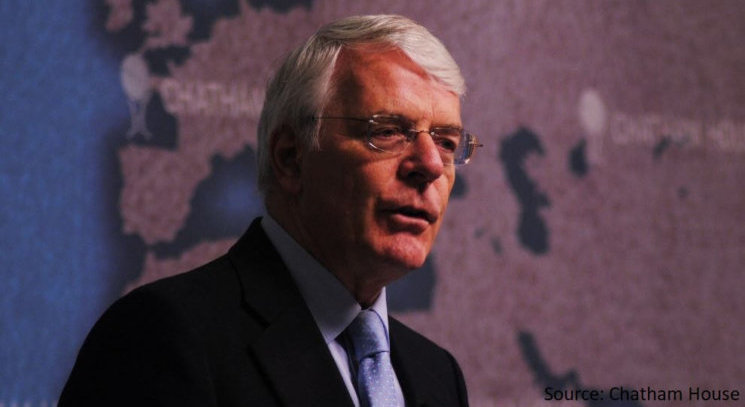 Sir John Major told the BBC this week that he would seek a judicial review if the new Prime Minister tried to suspend Parliament to deliver a no deal Brexit. But would such legal action have a real prospect of success, as claimed by some lawyers, including Lord Pannick QC, who won an improbable victory in the Supreme Court in the Gina Miller case?

The government has many powers over the House of Commons that it can exercise without needing a majority. These include deciding most of what the Commons debates and votes on. But they do not include deciding when the House goes into recess: that only happens when it votes to do so and only for as long as the resolution specifies.

The government does, however, have a way of sending MPs home without asking their permission, namely to ask the Queen to prorogue parliament, thereby bringing the current session of Parliament to an end.

Prorogation lasts for as long (months) or as short (days) as the Queen, on the advice of the Privy Council, decides. The only clear limits on the length of a prorogation are, first, a statute of 1694 requiring Parliament to be held at least once every three years, and second, the practical consideration that much of government spending and several important taxes are authorised one year at a time.

That being said, a Prime Minister who lacks the confidence of the House is not entitled to the same deference as one who enjoys it. And no monarch is required to act on unconstitutional advice. In a similar crisis in Canada in 2008-9, the Governor-General granted a prorogation, but that established only that she could, not that she had to.

Challenging a personal decision of the Queen in her own courts is not possible. However, it is possible to claim not against the monarch but against the Prime Minister, on the basis that the latter’s advice was unlawful.

An issue of timing arises: if the Queen has already prorogued Parliament to a date beyond exit day it could be argued that the fact that the Prime Minister’s advice was unlawful is irrelevant, since the deed would already have been done.

However, the monarch can call Parliament to meet earlier than the date to which it had been previously prorogued and so if a court decided that the Prime Minister’s advice was unlawful, he or she could advise recalling Parliament. A court might even require the Prime Minister to do so, although the judges like to proceed on the basis that ministers respect the rule of law without being threatened.

The next question concerns the grounds of challenge. Roughly speaking the courts recognise three kinds of ground – that the decision was tainted by procedural impropriety; that it was illegal, or that was wholly unreasonably or irrational.

It seems unlikely that any procedural challenge would succeed. Political decisions are inherently self-interested; there is no history or expectation of consulting others. Imposing procedural requirements on Prime Ministers in this kind of case would be revolutionary and, in the minds of many judges, an unwelcome extension of legalistic rules into the political realm.

A legality challenge seems more promising. Some have argued for example, that a prorogation might violate the requirement of the Bill of Rights 1689 that ‘ for Redresse of all Grievances and for the amending strengthening and preserving of the laws Parliaments ought to be held frequently.’ The trouble with this argument, however, is that the Act of 1694 specified that it was enough for parliaments to be held every three years.

Another type of legality challenge is to argue that Prime Minister has misunderstood and therefore misapplied the law about the scope of the power. The argument would be that the power to prorogue only exists for purposes consistent with the existence and functioning of parliamentary democracy – for example facilitating a new Queen’s Speech or allowing the House to consider again a question it has already decided (such as a meaningful vote on the Withdrawal Agreement) or to kick off an election campaign. So if it could be shown that a Prime Minister’s purpose was to frustrate parliamentary democracy, a court might be persuaded that the power had been misconstrued and misused.

However, this argument is difficult to justify historically – the power to prorogue predates modern democracy – and so a case needs to be made that such arguments apply to our current system of government as a matter of principle.

A related, but more modestly articulated, argument is that the prorogation advice took into account legally irrelevant considerations. Boris Johnson has said that the threat of prorogation was ‘an essential tool in our negotiation’ with the EU. The argument would be that impressing or frightening foreign governments should not be relevant to a decision to stop our own Parliament sitting.

The third ground, unreasonableness or irrationality, includes a catch-all category of decisions so unreasonable that no reasonable public authority would have made them. A political case exists, expressed by Dominic Grieve MP when he said that prorogation would be the end of parliamentary democracy. However, such an argument is a less persuasive way of putting the legality argument.

Sir John Major’s proposed judicial review of a Johnson prorogation is not fanciful or unarguable. But whether it would succeed is far from clear.

By Professor David Howarth, Professor of Law and Public Policy at the University of Cambridge and Catherine Barnard, senior fellow at The UK in a Changing Europe. This is a longer version of a piece that originally featured in The Times. Read their explainer ‘what is prorogation?’ here.