Prospects for the EU referendum: What do the polls tell us so far? 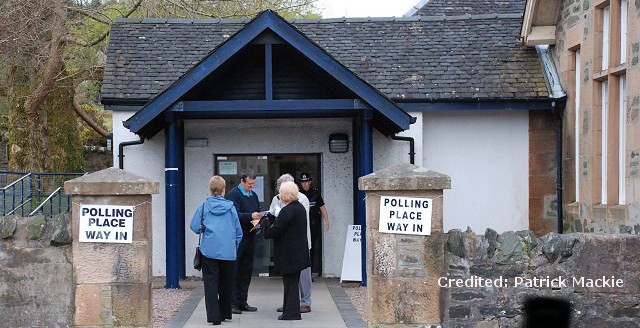 It seems that tomorrow the Prime Minister will finally put his cards on the table and provide other EU leaders with an indication of what he hopes to achieve in the renegotiation of the terms of Britain’s EU membership. How far he succeeds in achieving his objectives will, we are told, determine whether he will eventually recommend voters to vote to ‘Remain’ or to ‘Leave’, and the outcome is certainly likely to influence the balance of opinion on the issue within his parliamentary party. How these developments pan out could in turn make a difference to the way in which many a voter eventually decides to vote.

Of course, this would not matter much if it were already clear in which direction Britain is likely to vote. But that is not the case. To date, there have been 16 Britain wide polls of how people propose to vote in response to the question that will appear on the ballot paper, ‘Should the United Kingdom remain in the EU or leave the EU’.   On average these polls have put Remain on 45%, and Leave 39%. The remaining 16% say they do not know how they will vote (or occasionally that they will not vote). If we put those 16% aside (and they are clearly numerous enough to tip the balance in one direction or the other), the figures point to a 54% vote for Remain and 46% for Leave. Those indeed have consistently been the figures in our poll of polls – a moving average of the last six polls of referendum voting intention – ever since the end of September.

In short, the collective wisdom of the polls appears to be that those who want Britain to remain in the EU currently have a small lead, but that there is still an awful lot to play for. However, it is not clear that the polls do necessarily have a collective wisdom on where the balance of opinion lies.

Of the 16 polls, 14 have been conducted via online panels (with as many as nine of these conducted by ICM). Nearly all of these have suggested that the race is currently a very close one indeed. On average they have put Remain on 43%, Leave on 39% – or on 52% and 48% respectively if we put the Don’t Knows to one side.

However, the picture painted by the two polls that were conducted via the telephone is rather different. These have both suggested that the Remain campaign is well ahead. One, conducted by ComRes in September put Remain on 55% and Leave on 36%, while the other, undertaken by Ipsos MORI in October, reckoned 52% would currently vote to Remain and again just 36% to Leave. Between them they suggest that Remain are as much as three to two ahead amongst those with a current vote intention – and that therefore the Leave campaign is left with all the work to do.

An equivalent difference is also discernible in the limited number of polls of referendum voting intention that have been published in Scotland. While all of the polling conducted there suggests that support for remaining in the EU is higher than in it is across Britain as a whole, nevertheless two internet polls have provided a lower estimate of the Remain side’s lead than has one poll conducted face to face.

The two internet polls, one by Survation and one by YouGov, have on average put Remain on 63% and Leave on 37% (once Don’t Knows are set aside). In contrast, in their most recent face to face poll (which asked a slightly but not materially differently worded question) TNS BMRB suggest that no less than 72% are minded to vote to Remain (while they also find that perhaps as many as one in three have yet to make up their minds).

This difference between the findings of internet and telephone polls has echoes of a pattern that was evident before the May 2015 election. On that occasion polls conducted over the internet tended to find more people who said that they would vote UKIP than did those polls conducted by phone. For example, in six ‘final’ internet polls of voting intentions conducted just before polling day, UKIP support was put on average at 14%. In contrast, four polls conducted over the phone gave UKIP a more modest 11%.

Indeed, this pattern can also be seen in the general election voting intention figures that are available for (or can be discerned from) some of the recent polls of EU referendum vote intentions. Both the ComRes and the Ipsos MORI polls put the current level of support for UKIP at 12%. In contrast, the polls conducted by ICM have on average contained a 15% UKIP vote, as did the recent poll conducted by BMG Research. Only the two polls conducted by Survation put the UKIP figure somewhat lower, at 13%.

Of course, the difference between internet and non-internet polls to date in their estimates of voting intentions could just be a statistical accident. Too few non-internet polls have been conducted to date for us to be sure that how a poll is conducted systematically makes a difference to the estimate of support for Leave and Remain. Moreover, the eventual outcome in May 2015 – a 13% UKIP vote that lay in between the average estimate of the internet polls and that of the phone polls – does not give us much of a steer as to which approach may be better able to identify the balance of opinion on Europe. But until the picture becomes clearer, the wise commentator will conclude that exactly where the British public stands on Europe appear to be just as uncertain as the prospects for Mr Cameron’s renegotiation.

This piece by John Curtice, senior fellow of The UK in a Changing Europe, Professor of Politics, Strathclyde University and senior research fellow at NatCen Social Research, was originally published at www.whatukthinks.org/eu