Public attitudes on Brexit: past, present and future 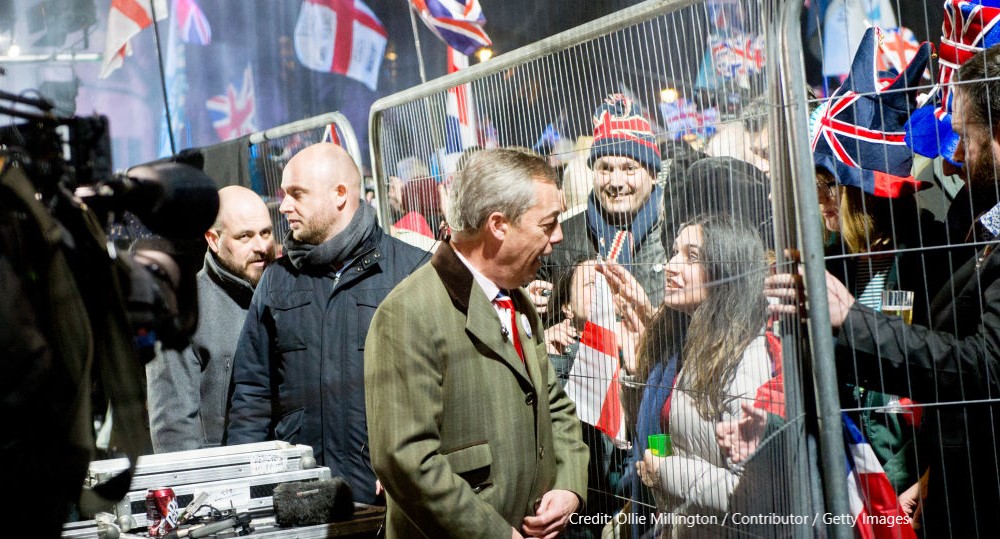 Three features of public attitudes towards Brexit have stood out since 2016.

First, public attitudes have been relatively stable – few of those who voted in 2016 have changed their minds, with the result that the country remains evenly divided on the merits of leaving the EU.

Second, the Brexit process has resulted in a fundamental restructuring of how people vote.

Third, in Scotland, which voted by nearly two to one in favour of remaining in the EU, Brexit has occasioned an increase in support for independence that potentially threatens the integrity of the UK.

There were signs of some of this in the polls five years ago. However, the impact of Brexit on the character of support for the parties could not necessarily have been anticipated – not least because the UK was not due to have another general election until 2020, by which time Brexit should have largely been completed.

Throughout the process that eventually resulted in the implementation of Brexit, polls consistently found that most people would vote the same way as they had done in the referendum.

Even the last half dozen polls conducted just before the UK left the EU at the end of January 2020 found that 88% of those who voted Remain would still have voted the same way again, as would 85% of those who backed Leave.

More recently, one company, Deltapoll, which has continued to ask this question, has in its last half dozen polls found on average that 82% of Remain voters would still vote the same way, as would 85% of those who had backed Leave.

Yet, despite this stability, the polls have regularly suggested that a second EU referendum might result in a narrow majority for Remain rather than another success for Leave.

The last half dozen polls conducted before the EU left the EU put the figures (after leaving aside ‘don’t knows’) at Remain 53%, Leave 47%. Only the more recent polls by Deltapoll have painted a narrower picture, on average putting both Remain and Leave on 50%.

This combination of stable public attitudes but possible majority support for Leave was evident in the polls conducted within a fortnight of referendum polling day.

The explanation lies in the views expressed by those who did not vote. They were more than twice as likely to say they would have backed Remain as they were to state they preferred Leave.

And if those non-voters had voted they might, according to the polls, have tipped the balance in favour of Remain.

This outlook has persisted among non-voters throughout the last five years. At the end of January 2020, as many as 52% of those who did not vote in June 2016 said that they would vote Remain, while only 28% would back Leave.

The most recent wave of NatCen’s random probability survey conducted just after the UK left the single market at the end of 2020, put the figures at 46% and 23% respectively.

Of course, we might wonder whether these non-voters would have ever made it to the ballot box, but these figures leave a question mark over whether a majority of the public did want to leave the EU, while there is little doubt that the country has remained sharply divided over Brexit.

Given the consistency of their views about Brexit, it is perhaps unsurprising that voters should want to express them at the 2015 and 2017 general elections. However, it was always clear that if they did so this might occasion a significant realignment of party support.

However, once the Conservatives were committed to delivering Brexit and Labour adopted a more equivocal stance, it was likely – as was evident in the polls as soon as Theresa May called the 2017 election – that any election would see the Conservatives become stronger among Leave voters, while Labour support would tilt in favour of Remain.

This is duly what happened at the 2017 and 2019 elections. According to the British Election Study, by 2019 74% of those who had backed Leave were voting Conservative, while just 19% of Remain voters were doing so.

While just 14% of Leave voters backed Labour in 2019, support for the party among Remain supporters (49%) was three and a half times higher. Meanwhile, the recent local and devolved elections have confirmed that this legacy of Brexit is still with us.

Those elections also resulted in the re-installation in Scotland of a SNP government that has been arguing since March 2017 that, given Scotland voted to stay in the EU, there should now be another independence referendum.

Yet despite the SNP’s advocacy of EU membership, in 2016 those who had voted Yes in the 2014 independence referendum had been just as likely as No voters to have backed Leave.

Thus, although polling undertaken shortly before the EU referendum suggested that Brexit would result in a modest but potentially crucial swing in favour of independence, for a while after the referendum there was little sign that support for independence was increasing.

However, underneath the surface support for independence was rising among those who had voted Remain while it was falling away among those who had backed Leave. Initially, these two movements cancelled each other out, but by 2019 this was no longer the case.

In that year, the overall level of public attitudes towards support for independence rose from the 45% level, around which it had been ever since the 2014 referendum, to 49%.

All of the increase, which has not subsequently been reversed, occurred among Remain voters, 55% of whom now back independence compared with just 30% of Leave voters.

With the newly elected SNP government set to renew its pursuit of a second referendum, the next chapter in Britain’s Brexit story may well be written north of the border – and nobody can be sure of the outcome.

By John Curtice, Senior Fellow at UK in a Changing Europe and Professor of Practice, Politics, at the University of Strathclyde.