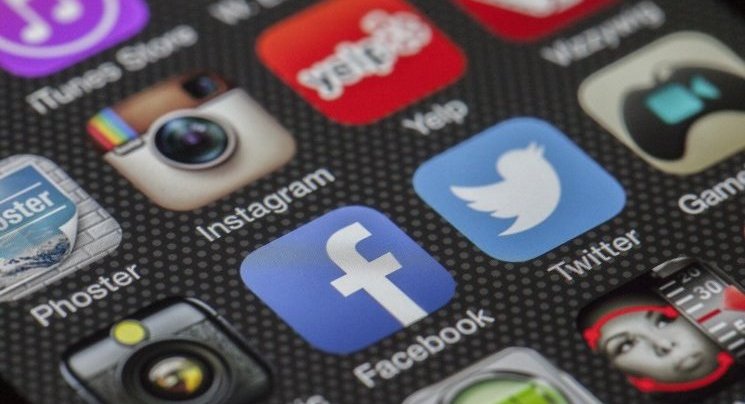 The Brexit negotiations have attracted much analytical interest in the past few months, for obvious reasons. They regularly make the headlines and have triggered wide discussion amongst public stakeholders. They are also being closely monitored by avid Twitter users (who, according to research, tend to be more politically involved than other types of social media users).

Large volumes of tweets express users’ emotions regarding different aspects of the negotiation on a daily basis. Given the well acknowledged importance of social media in the political sphere, Twitter is definitely a medium that has to be consulted, especially in a situation of international bargaining, such as Brexit, with such high stakes for the public.

In our research we focus on the public emotions around the Brexit negotiations, using Twitter to effectively conduct real time polling.

Our work draws on international bargaining theory. This may be primarily concerned with dividing the gains from joint action, but it also teaches us two very important lessons about negotiations. Firstly, it is misleading to treat a negotiating party as a unitary actor insulated from domestic societal factors: on the contrary, understanding domestic factors such as public priorities and expectations is of great explanatory value for shaping the actors’ preferences and decision making – thus increasing the chances for successful negotiation outcomes. And secondly, in international bargaining the negotiators’ emotions play a very significant role.

Specifically, a negotiator’s positive or negative emotions, as well as their perceived emotions of the other negotiating party, affect their information processing – and consequently the negotiation outcome. To date research on emotion in negotiations has been conducted solely in labs where the behaviour of two negotiators is controlled by computer messages that secretly trigger emotions associated with anger or happiness.

Drawing on the well recorded role of emotions in international bargaining and combined with the need to factor in domestic/societal parameters for successful outcomes, we propose a new methodology in assessing the impact of emotion on international negotiations on a larger scale. We use Putnam’s two-level bargaining model, under which negotiations take place at two bargaining tables simultaneously, each of which represents two separate constituencies: an international and a domestic (see Figure 1).

For a negotiated outcome to be agreed upon internationally it has to accord with the priorities and stakes of the domestic constituency. It is important to understand domestic constituencies as those that concern public stakeholders and not necessarily linked to specific geo-locations. 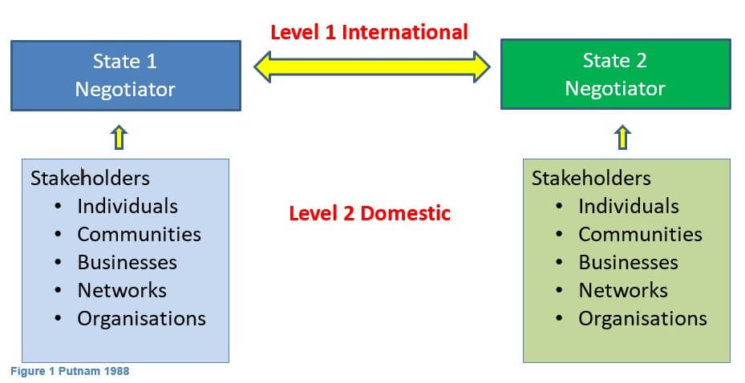 In our research, we focus on the emotions of domestic constituents vis-á-vis  possible negotiation outcomes, which institutes a decisive societal input into the negotiation and could potentially be used as a barometer indicating its very outcome. We capture real time public emotion through the analysis of collective emotion states derived from large-scale public Twitter feeds concerning specified Brexit conversations, identified with hashtags such as #HardBrexit #SoftBrexit and #SingleMarket . The initial data gathering was performed on 13 September, and now collection is ongoing.

We use Emotive, an ontology-based system that is designed to identify terms that reflect Paul Ekman’s original emotion model. Ekman’s 6 basic emotions are anger, happiness, surprise, disgust, sadness, and fear. However, after conducting sociolinguistic analysis on a large dataset of tweets, it was clear that there were some additional prominent emotions that social media users were expressing. We hence included two more emotional states,– adding awe (confusion) identified by Robert Plutchik and shame that was later added to Ekman’s model in the 90s to the set.

Emotive uses a custom Natural Language Processing pipeline designed to incorporate the sparse and informal nature of tweets along with the custom-built classification, resulting in a system that is capable of disambiguating semantics in a message with one the best reported f-measures (as compared against similar systems) for detecting emotions.

Although “regret” is an affective state that falls under the emotion of “sadness”, for this particular project, we decided that it was worth monitoring regret separately because of its prominence in tweets related to Brexit. We are currently monitoring the hashtag #Bregret, which also indicates a spike in Twitter users’ emotions – especially negative ones.

Analysis of a month’s worth of Twitter data demonstrated that emotions heightened as a response to specific negotiation events and certain hashtags generated more and different emotions than others. Specifically, in Figure 2, we observe spikes in emotions regarding the discussion of the single market between 23 and 26 September, corresponding to Theresa May’s Florence speech.

The speech, after months of uncertainty, offered a degree of reassurance to businesses by proposing a two-year interim period of remaining in the single market post exit prescribing a soft(er) Brexit.

The next significant spike on the graph between the 7 and 11 October concerns conversations around the revocability of Article 50, corresponding to the conclusion of the fifth round of negotiations when Barnier stated that “We’ve reached a state of deadlock”.

In Figures 4 and 5 below, we see a time history of public emotion corresponding to conversations of Hard and Soft Brexit. In the former we see emotions of shame, anger and sadness corresponding to Florence speech and deadlock statements respectively. In the latter we see a spike in happiness when the business community became vocal about the possibility of remaining in the single market for an interim period of two years. 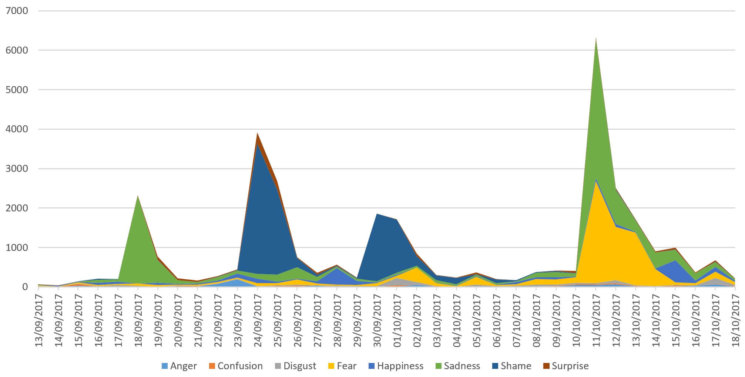 We have recently added more conversations to our data collection software to include scenarios also relevant to post-Brexit trade negotiations such as ‘No Deal’, ‘Swiss model trade deal’, ‘Canada trade deal’. A taster of the large volume of data returned real time is depicted in Figure 6 below. In three days’ worth of data on the scenario of No Deal, 58,056 tweets were recorded, 7,000 of which were explicitly emotional with the most dominant emotion being sadness.

Evidently, such analysis and data collection have the potential to provide large scale indicators of public emotion towards future trade negotiations translating to strategic information for the UK Government post-Brexit.

By Dr Elena Georgiadou, Lecturer in International Management at the School of Business and Economics, Loughborough University. She is a co-investigator of the ESRC 28+ Perspectives on Brexit project with The UK in a Changing Europe and Dr. Suzanne Elayan, research associate at the Centre for Information Management based within the School of Business and Economics at Loughborough University.