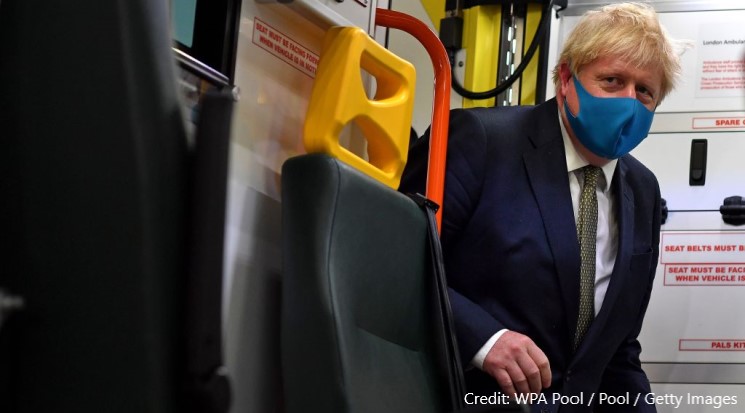 There have been calls for a public inquiry into what went wrong, and what went right, in the UK’s response to the coronavirus pandemic. The PM finally promised such an independent investigation last week, although made clear that it would be a matter for well into the future.

The problem for the government is that the public’s inquiry into its Covid-19 performance is already underway and heading towards its own conclusions.

The pandemic – with its lockdowns, furloughing, clapping for the NHS, government briefings, wall-to-wall media coverage, social and economic disruption and those we lost too soon – is a genuinely shared experience.

This makes it open to immediate public assessment and judgement, unlike other more focused objectives of formal investigation and judgement such as the Iraq War, Grenfell, child protection, and NHS treatment failures, for example.

Supported by funding from UK in a Changing Europe, we have been running focus groups in towns and cities across England (London, Bristol, Blackpool, Bolton and Oldham) between May and July. The original focus of our study was on how people make judgements about trust and how this differed between Leavers and Remainers.

The shutdown led us to move the groups online and to explore questions of political trust in the context of the pandemic – a topic that inevitably was raised by our participants in conversations, even before they were prompted.

The public’s judgement is being formed, our focus groups suggest, through the identification of narrative moments. In their retelling and sharing, these moments are framing an assessment of the government’s performance that has a different quality to that of a forensic, formal public inquiry.

This judgement is not based on establishing a timeline, cross-examining witnesses, collecting vast numbers of documents or checking email trails. Rather, as the immediacy of the experience of pandemic fades, public opinion concentrates attention on a series of events and cements opinions into a shared account.

Like the family Christmas experience where familiar stories are repeated, the history of Covid-19 is being developed as shared narratives through the retelling of a series of key events.

What is emerging in the public’s narrative of Covid-19? There are at least four storylines. The first is that the pandemic was an unprecedented event and no one really knew how best to respond to it.

At this point people generally express trust in government to handle the crisis as a matter of faith. This is best illustrated by the following remark, although it was expressed in almost every group in some way:

Despite pandemics having long been identified as a global threat and the existence of official preparedness plans, most people empathised with the difficulty of the task facing the government in its response to the crisis:

The general consensus is that, if a little slowly at first, the government acted to deal with the crisis in a way that brought people together.

‘I think there’s a strong sense of community and togetherness for the country. We’re all in this together.’ (Noah, Group 1, London, 27 May 2020)

Some aspects of the government’s handling of Covid-19 receive support – such as the use of experts and in particular the furlough scheme:

‘At the beginning of this there was no book that Boris had telling him what do you. He was reliant on his decisions, his scientists, everyone around him. So we’ve just got to trust what he’s doing. And I completely trust them. And he’s got the best people around him.’ (Charlotte, Group 1, London, 27 May 2020)

‘I think the financial support has been fantastic. There’ve been loans, there’ve been grants for business rates, and obviously, the furlough scheme.’ (David, Group 2b, London, 18 June 2020)

The next storylines are not so positive for the government. For aspects of the government’s response that are viewed more critically, such as the perceived delay in locking down, PPE shortages or failures in safeguarding care homes, there is generally a strong sense that those errors are made worse by attempts to diminish responsibility or mislead the public about what went wrong.

The idea that owning up to mistakes is a prerequisite for trusting the government was raised in almost every group:

Another strong narrative formed around moments of perceived ineptitude, exemplified by the PM’s first speech moving towards an easing of lockdown on 10 May.

This was frequently recalled by participants as a comic moment when faith in the idea that government had control of the crisis began to fade, with people quoting versions of the speech rather like their favourite parts of comedy sketches. Indeed, at times the viral Matt Lucas imitation of the PM seems to have merged with memories of the actual speech.

Asked whether they trusted information from the government about the pandemic, one of our two Bristol groups expressed a mixture of confusion and amusement:

‘Willow:  I think the information is completely bonkers, really. You know, stay at home, stay alert at home, I mean, that was a classic, or go to work, but don’t leave your home unless you can, and if you can, don’t take public transport but there is public transport. I was confused.

Ruby:  There have been so many, like, updates, you just, kind of, get a bit lost with what you’re supposed to be doing now, don’t you? I know I do.

Willow:  I mean, who came up with ‘stay alert at home’ is just-, it makes no sense. Stay home. One thing.

Alfie:  Sorry, just staying alert to an airborne pandemic is quite hilarious, yes.

Another repeated narrative is the breakdown in trust created by the controversy over the Cummings’ trips to Durham and Barnard Castle. In the groups held shortly after the revelations, this received surprisingly little discussion and there was a fair degree of understanding of the circumstances.

As time has passed, this has given way to a story that this is the point when everyone took it as a signal that Covid-19 was now a free-for-all:

‘I feel like the decisions are really shaky, and I feel like once that guy started going off to see his family… I think at first it was everybody together, the decisions, everyone was gung ho on it… and then I feel like when they started doing what they wanted, just showing to the masses ‘you’ve all got to do this but we’re going to dance to the beat of our own drums because we’re different’, I think that’s when it went.’ (Georgia, Group 7, Oldham, 16 July 2020)

The moral authority of the government was lost not by the event itself, but by the retelling of the story and reflections on its implications. Since June, it has come up unprompted in every group when people were asked what issues the current government was most and least trustworthy on:

A final narrative is that of fear of betrayal. The core argument is that politicians proudly declare their support for care workers and clap NHS staff for show, but in practice will let them down – perhaps something that will be addressed by the recent above-inflation pay rise for a number of key workers.

‘I’m really, really hoping that Boris will do something about the nurses’ pay and all the rest of it at the end of this. But I don’t trust them to do that. I don’t think that’s going to happen.’ (Sophia, Group 1, London, 27 May 2020)

‘I think the least trustworthy is again, like a lot of other people have said about the NHS… And the reasons being… you’re looking at somebody who’s been outside clapping every Thursday for the NHS and yet has also just stopped student nurses from getting paid. They’ve stopped that grant going through to student nurses, which I think is abhorrent, to be honest.’ (Alfie, Group 4, Bristol, 23 June 2020)

One could argue that the government should hold an inquiry sooner rather than later, if it wants to influence the public’s judgement, which is already well on its way to delivering a verdict.

The narratives outlined here may become enduring folk wisdom about the government’s handling of Covid-19 and soon be joined by other critical storylines as the economic fallout of the pandemic comes into focus, especially if the impact is felt most severely in so-called left behind areas.

What does all this imply for the public’s overall assessment of how the government has handled Covid-19? As it stands, the overarching judgement of the government’s performance is delicately balanced.

Dealing with an event seen as unprecedented gets you some breathing space. Not owning your mistakes, giving mixed messages, having double standards and lauding key workers for short-term political advantage costs public trust.

By Dr Jen Gaskell, Professor Gerry Stoker, Professor Will Jennings, and Dr Dan Devine, University of Southampton. All participants’ names have been pseudonymised.