Putting UK citizens abroad on the electoral map? Brexit, the demos and the overseas vote 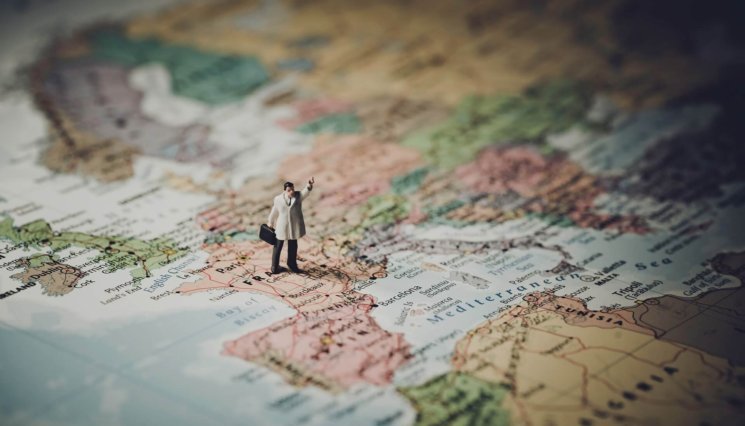 Today, the Overseas Electors’ Bill 2017-19 will receive its second reading in the House of Commons. If successful, this would allow UK citizens living abroad for long periods of time to vote in parliamentary elections (a right which is currently lost after 15 years).

This Private Members’ Bill, sponsored by Conservative MP Glyn Davies, is the latest iteration of a longer-standing debate about overseas voting rights. While recent commentary depicts opposition to this vote as grounded in petty party politics, we argue that the question of whether UK citizens living overseas should have their right to vote upheld for life goes to the heart of deeply rooted concerns about British democracy and electoral representation.

While talking about Brexit with UK citizens living in the EU27 the subject of voting rights has regularly come to the fore. Brexit was a wake-up call. It brought home to many people that after 15 years of living outside the UK they would find themselves politically disenfranchised in the UK. Before the referendum a legal challenge was mounted arguing that denying long-term UK expatriates the right to vote in it was unlawful.

The referendum would fundamentally challenge the terms on which they were currently living their lives, and the failure of the legal challenge further compounded this sense of disenfranchisement.

The situation is exacerbated by the fact that following the UK’s withdrawal from the EU, UK citizens living abroad will lose the right to vote in European elections and, most likely, local elections.

In recent years there had been low-level campaigning for the voting rights of UK citizens, but these struggled to gain momentum. Post-referendum, such campaigns are clearly attracting greater interest and support from UK citizens living abroad, incorporated into campaigning about Brexit and citizens’ rights.

As we discussed in our podcast on this topic, there is considerable diversity in the ways that EU member states consider the voting rights of their citizens resident overseas. Currently, those who have lived outside of the UK for over 15 years lose the right to vote in UK parliamentary elections.

The overseas vote is one of the few issues—alongside pensions and exportable benefits—where UK citizens living overseas find themselves the explicit focus of the UK government’s concern. In 2015 the Conservative manifesto included a promise to extend the vote for life. The 2017 Conservative manifesto saw this commitment restated, and the current private members bill aims to deliver this.

A Labour government oversaw the reduction in the time limit from 20 years to 15 years through their amendments to Section 141 of the Political Parties, Elections and Referendums Act 2000; Labour party MPs (among others) have also routinely rejected bills calling for these rights to be extended.

If such past experience is anything to go by, should this bill pass its second reading, it is likely to be a highly contested and political issue.

This calls to mind the broader context within which this debates takes place: who does the UK parliamentary system actually represent? Looking at overseas voting reveals who constitutes the body of citizens—the demos— in the eyes of those speaking for and against the issue.

Reading the demos through the Parliamentary debates

Particular symbols of British identity are communicated through the briefing papers, policy documents and the impassioned statements of those individuals supporting the vote for life. Our close reading revealed that support for this is claimed on the grounds that disenfranchisement of those holding UK citizenship is undemocratic; the overseas citizens are considered part of the demos, who should have a right to vote.

The UK citizens resident overseas explicitly named within this framing include those in the armed forces, and also pensioners, who have throughout their lives contributed to the UK through their taxation. The language of nationalism, with a focus on pride and British identity, permeate these calls.

You could leave the analysis there, but it is telling that the opposition to such an approach regularly draws attention to the limits of the demos within questions of electoral representation in the UK. An interpretation of opposition to this issue as driven by the belief that the vote for life is ‘cynical ploy to increase Tory party votes and donations’ does grave disservice to broader and pressing issues about who the UK’s democracy should work for.

Challenges to extending the voting rights of overseas electors are framed precisely through questions about the suffrage to non-citizen populations living in the UK, and by drawing attention to the Conservative Party’s record on this issue.

This is illustrated, for example, by Andy Slaughter’s (LAB) response to Chris Chope’s speech when sponsoring the previous Overseas Voters Bill in 2015, where he highlights that some members of the Conservative Party are alleged to have called for changes that would see the Commonwealth citizens disenfranchised.

It is also aptly captured in Margaret Ritchie’s (SDLP) question in the same debate, ‘Alongside extending suffrage for UK citizens living abroad, what consideration has the Cabinet Office given to extending suffrage in general elections to all EU and non-Commonwealth immigrants permanently living in Great Britain and Northern Ireland?’

Debates about the voting rights of those UK citizens living overseas go to the heart of questions about who the UK government does and should represent. It also provides some insights into quite different approaches to understandings of the demos in contemporary British democracy. UK citizens abroad keenly feel that they are under-represented; Brexit has reignited their drive to be enfranchised for life.

While support for these citizens tends to draw out a discourse that privileges those who are born-British within the demos, opposition is intended to open up questions of suffrage to represent a broader populace.

Brexit highlighted pressing issues around who UK democracy represents and who is being listened to. It offers a moment where we might reconsider questions of political representation and suffrage. Now is a moment when we can take stock of who is included in contemporary British democracy and consider who else should be given suffrage.