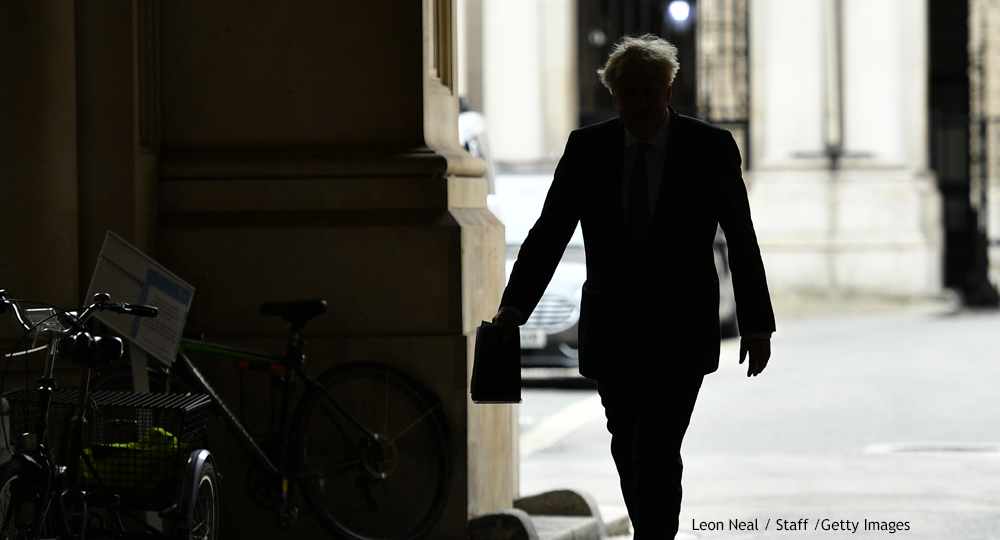 In case anyone had forgotten what the Conservative Party used to stand for – the rule of law and the primacy of the market – two of its former leaders have seen fit to supply us (and, indeed Boris Johnson) with a couple of strongly worded reminders.

Writing in the Daily Telegraph – the Tories’ house journal – William Hague, party leader between 1997 and 2001 and Foreign Secretary between 2010 and 2014, pointed out not only that leaving the transition period with no trade deal would represent a failure of statecraft but also that it would be a strange thing indeed for a deal to founder due to a determination on the government’s part  to allow it to ‘pick winners’ – a policy that most Tories thought Margaret Thatcher had done away with, for good, after 1979.

Meanwhile, in the Commons, party leader and Prime Minister between 2016 and 2019, Theresa May made clear, on the very same day, her concern lest the UK ‘no longer be trusted to abide by the legal obligations of the agreements it signs’.

The question is, are they alone? Or are there more Conservatives, particularly (but not only) at Westminster, who are worried, too – whether about sacrificing the prospect of a trade deal on the altar of state aid or else clarifying or overwriting (depending on one’s point of view) the Withdrawal Agreement and, specifically, the Northern Ireland Protocol within it?

A swift examination of social and news media in the last day or two suggests that there are not.  We may, of course, have missed somebody but so far, only a handful of Boris Johnson’s Conservative colleagues in the Commons – Tom Tugendhat, Simon Hoare, George Freeman, Sir Roger Gale and (on the question of the sanctity of international treaties) former Attorney General, Jeremy Wright and Chair of the Commons Justice Select Committee, Bob Neil – have gone on record to offer even tentative opposition.

Compare that number to, say, the massed ranks of the ERG, who may perhaps look forward to re-uniting once again with the friends they lost in the DUP following Boris Johnson’s last-minute willingness to drop Theresa May’s Northern Ireland backstop in favour of a border down the Irish Sea – something she had always insisted (much to the satisfaction of Ulster’s unionists) that no British Prime Minister could ever accept.

But. But. But. Can Lord Hague and Mrs May really be the only Tories uneasy about going along with what the Prime Minister and his advisors seem prepared to do in order to win the right for the UK to fully escape the regulatory clutches of the EU?

Analysis that we conducted on the attitudes of Tory MPs and Tory members at the start of this year, following the general election, suggests Hague and May are not quite as isolated as they might seem at first glance. A fifth of grassroots members and over a quarter of Conservative MPs support a Brexit where the UK stays aligned with the EU on areas such as a the famous ‘level playing ﬁeld’ and on workers rights and the environment. 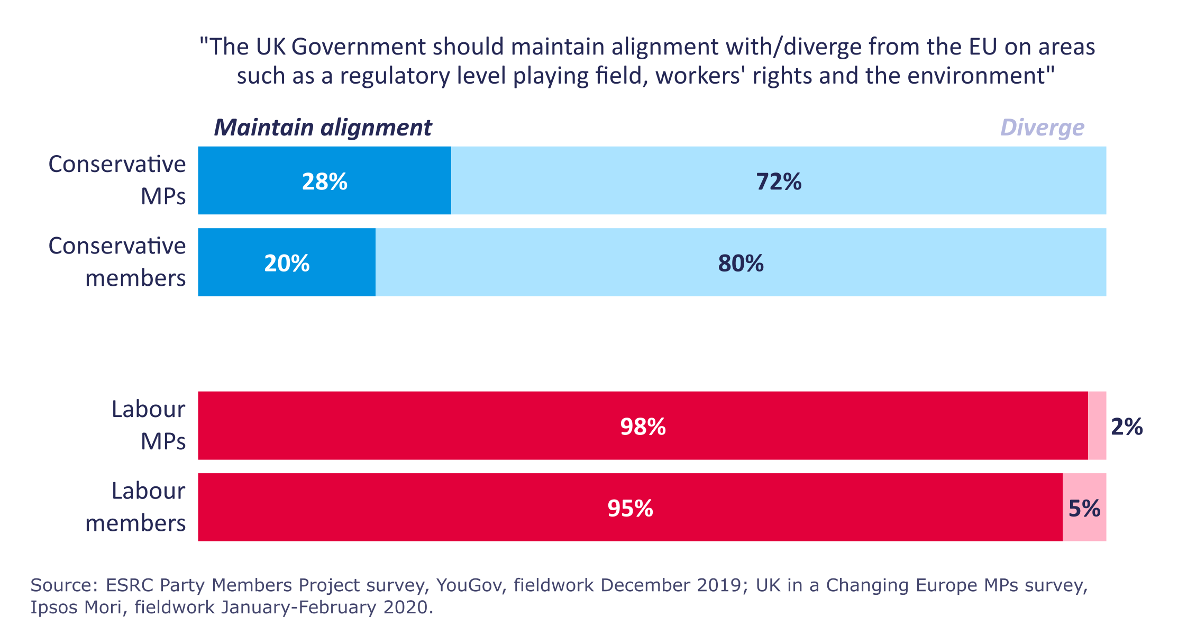 Unless they’ve changed their minds in the meantime – and, of course, plenty of Tories have become buccaneering Brexiters by conversion rather than by initial conviction, so we cannot entirely discount the possibility – then a significant minority of Tories, both in the country and in Johnson’s parliamentary party, may well be feeling just the tiniest bit queasy about the turn things seem to be taking.

Moreover, they can point to an even greater degree of queasiness on the part of the country’s voters. YouGov has found that, by a ratio of two to one, the electorate say a no deal outcome would be a bad outcome. Indeed, only half of Leave and Conservative voters support a no deal Brexit – and only nine per cent of them say that this would be ‘a very good outcome’.

In short, Tory enthusiasm for a no-deal, utterly unaligned Brexit is nowhere near as universal or as intense as some of its strongest advocates would like to think – and probably not as universal and intense as it will need to be in order to overcome what seems to be growing concern on the government benches about breaking international law, even if it is ‘in a very specific and limited way.’

Given this, the really big question is whether any of this will have any bearing on what the British government does next?

Number 10 will presumably be banking on two things.

First, that Tory MPs’ concerns about the government’s latest move will not lead to a critical mass of opposition – and recall, rather than the handful so far, some 50 rebels would be needed to defeat it in a parliamentary vote.

And, second, Number 10 will have its eye on the voters who stuck with the Conservative Party, not because of its previous flirtations with no deal but in spite of them – primarily on the promise that the government had an ‘oven ready’ Brexit deal.

They will hope these voters will not see its current course as playing fast and loose with their jobs and livelihoods, as well as with international law and age-old Conservative principles.