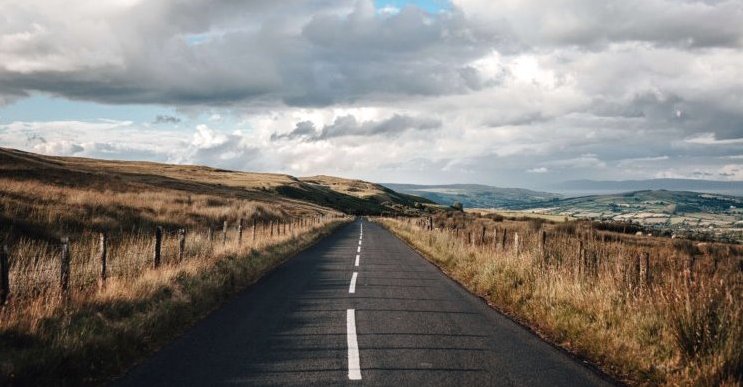 The backstop is intended to protect hard-won peace; no deal would jeopardise it.

Any warning of “imminent potential disaster” from a collective of civic bodies should give pause for thought. If such a warning comes from within a fragile post-conflict society, it should stop the government in its tracks.

In early August, representatives from across Northern Ireland’s civic society published a statement urging the prevention of a no-deal Brexit, which “would be hugely detrimental for Northern Ireland’s economic, social, and political wellbeing and future.” The list of supporting signatories includes leading organisations from across the region’s business, commercial, trade union, farming and voluntary sectors.

With the devolved Stormont Executive and Assembly in abeyance over inter-party divisions, there is a strong feeling in Northern Ireland of being propelled towards a crisis without any ability to stop it.

It is an extraordinary situation: notoriously fractious civic society in Northern Ireland is now producing united calls with a singular voice imploring the British government not to willfully put the region back in harm’s way.

The irony of it all is that the harm would arise as a result of a stand-off over the very thing designed to protect peace and stability in Northern Ireland: the backstop.

The majority of people in Northern Ireland support the backstop. As Johnson and his cabinet appear determined to pay any price—even no-deal—for removing it, it is worth recalling exactly what it is intended to do and why it was seen as necessary to begin with.

Above all, the totemic significance of the Irish border must be understood. Trying to evaluate the problem in terms of relative trade value, for instance, is almost a category error. The history of conflict across these islands is literally drawn in the line of the Irish border. And the peace process has been predicated on re-framing relationships defined by that border—British/Irish, North/South on the island, Unionist/Nationalist—in terms of cooperation.

The peace in Northern Ireland has pivoted on a close partnership of trust and respect between the British and Irish governments. It has been aided by a normalisation of cross-border cooperation. It has gone hand-in-hand with de-securitisation, especially along the border. It has been supported by steady economic growth and development. It has been premised on policy being made for Northern Ireland in Stormont, not London.

If each of these gains could be threatened by a hard Brexit, they would be devastated by a no deal. The prospect exemplifies the risks intended to be avoided by the backstop.

No deal would mean a severe setback in British-Irish inter-governmental relations—already at their lowest ebb for decades. It would threaten a least one in every 20 jobs in Northern Ireland, particularly in the private sector, which is already underdeveloped. Certain supply chains and agri-food industries which rely on cross-border movement would become unviable almost overnight.

In wider society, political polarisation (which inevitably exacerbates community tensions) would become even more difficult to bridge. And the 1998 Good Friday Agreement could be severely incapacitated by the need to have direct rule from Westminster to manage the fallout.

The challenge for policing and security would grow exponentially. Not only would the border have to be managed (and those doing so protected), the symbolic effect of the harder border would meld with the economic consequences in a combustible formula ready to be exploited by unscrupulous paramilitary organisations.

How does the backstop propose to avoid such risks? The backstop makes it possible to avoid a hard Irish border by creating a situation in which moving goods across the border are unencumbered by customs procedures or by the need to prove adherence to market rules.

If the backstop comes into play, Northern Ireland would remain in the VAT and excise regime of the EU, so as to make VAT payments and exemptions as smooth as possible and minimise the risk of smuggling. It does not mean that Brussels sets VAT or tax rates for Northern Ireland.

Second, Northern Ireland would be in part of the single market for goods, specifically those goods that the EU is worried about for health and safety reasons (think meat quality, exhaust emissions, toy standards). This would mean Northern Ireland continuing to maintain the same standards (ie EU ones) that it does now on these products, and may in future mean additional regulatory checks down the Irish Sea (hence the opposition of the DUP).

Finally, the UK would be in the EU’s customs territory. This part of the backstop came at the request of the UK government in order to avoid customs procedures on goods going from Northern Ireland into either Great Britain or the EU, viewed by some as a threat to the union. However, there are downsides when it comes to the UK’s ability to make its own trade deals around goods – a core concern for Brexiteers. Hence the provision that the backstop could be stepped down in part as well as in full.

The backstop is a compromise to manage a uniquely complicated situation. It is awkward and inconvenient for both sides. This is why, right from exit day, there will be a specific EU-UK negotiating track focussed on avoiding its use.

Johnson has decided to make Northern Ireland vulnerable to imminent danger in a gamble to get rid of the means of protecting it from that danger. The very act of doing so is causing damage and disquiet that will take a long time to recover from, regardless of the final Brexit outcome.

By Dr Katy Hayward, reader in Sociology at Queen’s University Belfast. This piece was originally published by Prospect Magazine.