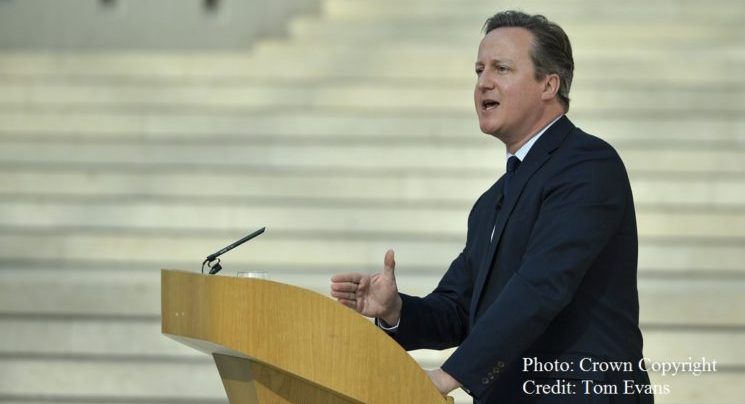 However, this analysis relies on the assumption that the positions of the EU governments are the same as the positions of their parliaments. The parliament of a member state will often have the same view of European legislative proposals as the government of that member state, either because the government enjoys the support of a majority in the parliament, or because both government and parliament are ultimately responsible to national voters, who will have their own views on European integration. It is not true, though, that governments and parliaments always agree. For example, there are at least four ways disagreement can occur:

Here, we concentrate on the first two of these possibilities. Although intra-government and backbench conflict are important, we think it unlikely that ministers or governments would be so maladroit as to permit parliament to send such a visible signal of opposition through use of the red card procedure. Such a government would not be long for this world.

To assess whether bicameralism and minority government open up a space for the red card procedure, we proceed as follows:

Figure 1: Number of member states voting against legislative proposals in the EU Council, 2009-2015 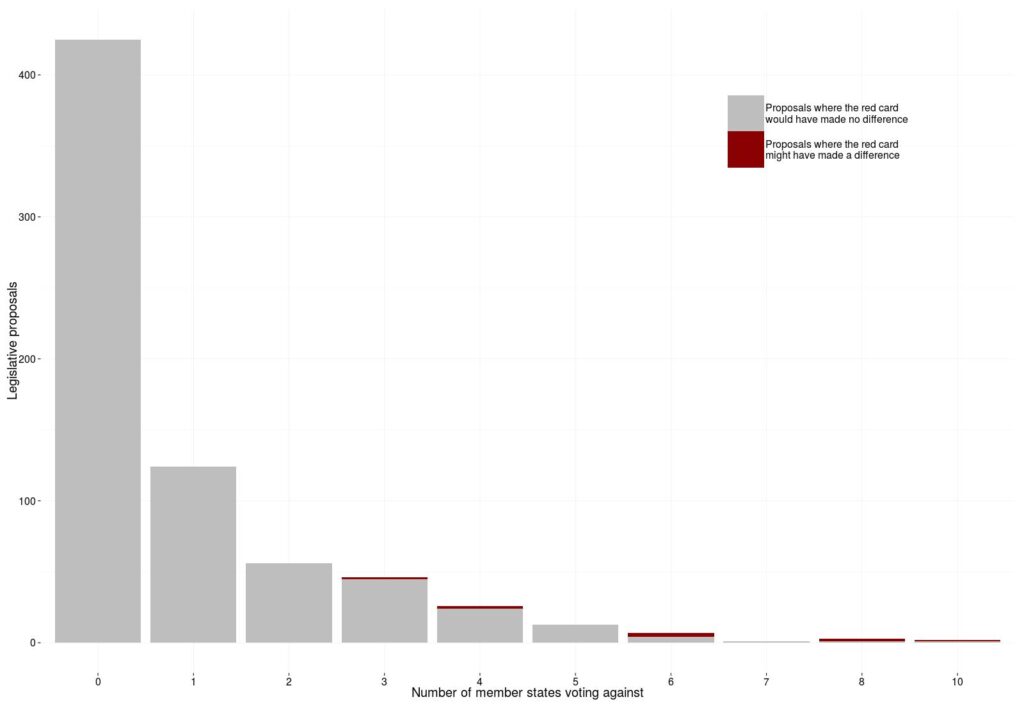 Though, this figure might not represent an upper limit if votes are a poor guide to what member states really think – for example, if an observed voting consensus in the Council is in fact “in the shadow of a vote”. To address this issue, we can repeat the above exercise using member states’ statements in anticipation of a vote. Member states often use such statements to signal opposition to a measure, without subsequently voting against the measure.

We therefore interpret every member state statement as de facto opposition to a proposal, equal to if it had been a vote. This changes slightly the number of proposals which achieved a qualified majority, from 703 to 674. Nevertheless, when we apply the same assumptions as above, using member state statements as if they were votes, we find that the red card procedure would only have made a difference in 12 out of 674 votes (1.8%) (see Figure 2). 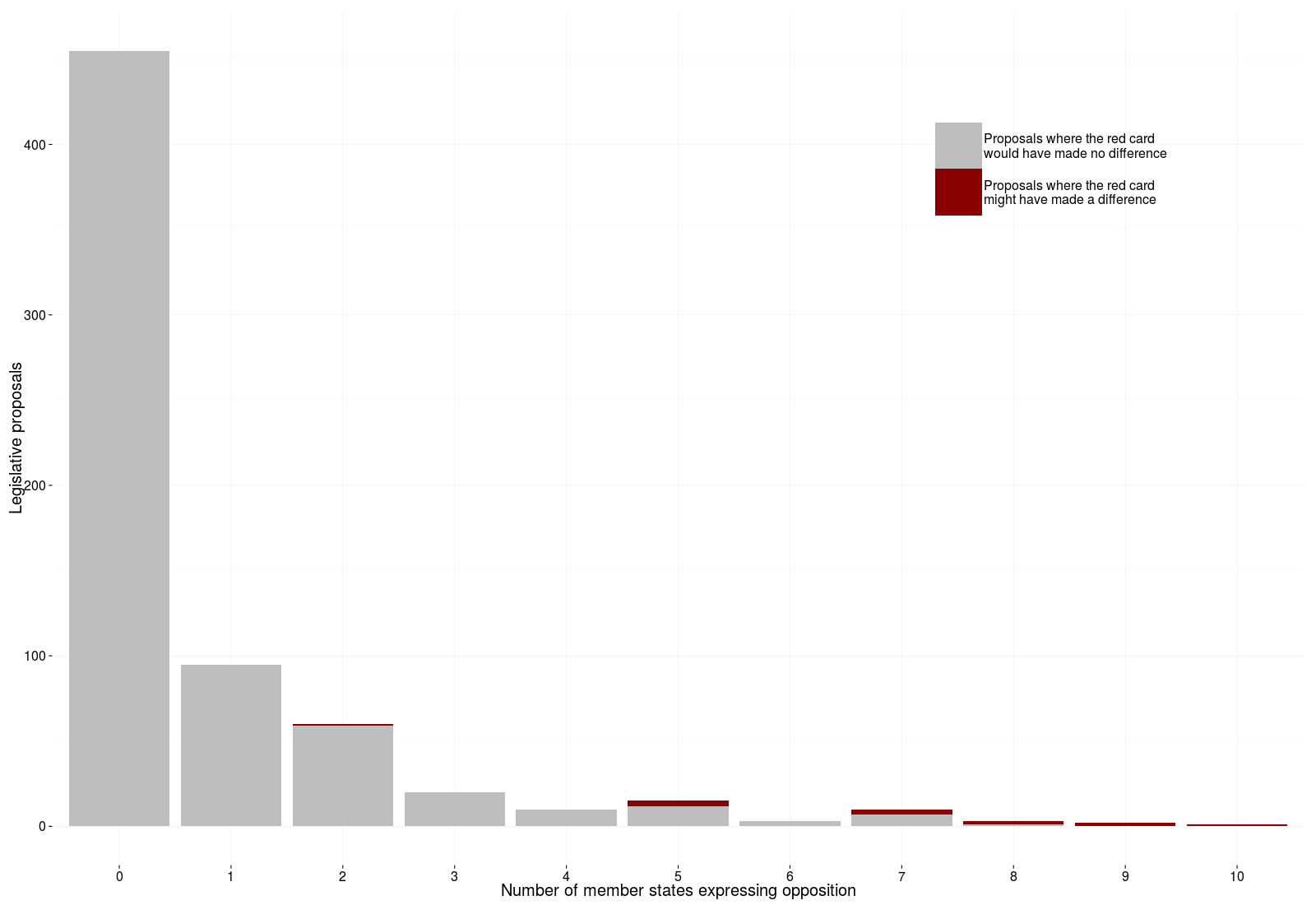 In short, our analysis suggests that the red card procedure would therefore only ever be in play in less than two percent of Council votes, even assuming that upper chambers systematically vote against their governments and that parliaments systematically go against minority governments. In practice, we suspect the red card will be only ever be used once or twice over the next twenty years. It would therefore make very little difference to decision making in the EU.

If the red card procedure is recognized to make little difference, voters in the UK may think less favourably of the deal David Cameron has all but secured, and thus may be less likely to vote for continued British membership. However, it is important for voters who care about the issue of ‘sovereignty’ – which is the headline which the role of national parliaments and the red card procedure have been presented under – to understand the reasons why the red card proposal is of limited value.  The red card makes very little difference because decision-making in the EU is generally characterised by an extensive set of checks-and-balances where national politicians already have a number of ways to influence policy proposals: they can do so through their governments in the Council and through their embassies (Permanent Representations) in Brussels and through their embassies (Permanent Representations) in Brussels; through their nationally elected Members of the European Parliament; and through their senior officials in the EU Commission. Hence, it is difficult to see what a veto to a group of national parliaments should add to the process as their opinions would already be voiced through these other channels. If the red card is never put to use, it may not be because the referees are timid, but because there’s a high level of fair play already

Appendix – proposals which might have been affected by the red card procedure, taking votes as votes

Appendix – proposals which might have been affected by the red card procedure, taking statements as votes, excluding proposals listed above