Redesigning energy for the future? 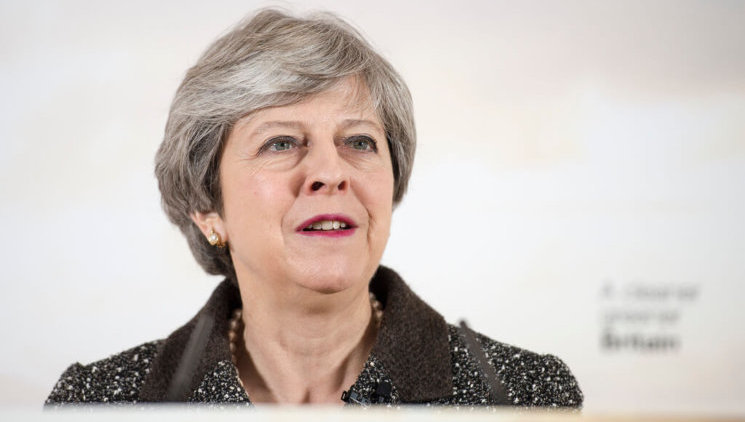 Theresa May, speaking recently at the launch of the 25-year environment plan, referred to the UK offshore wind sector as a major success of the Government’s environmental policy. Offshore wind has been a major contributor to the UK’s efforts to decarbonise. Renewable energy cannot not only be thought of as an adjunct of environmental policy once the UK leaves the EU, for it is a massive economic opportunity too.

The energy sector is transforming itself at speed and as technologies diversify, markets and countries are coming together to redesign energy for the future. But Brexit raises several challenges, essentially relating to things which move across borders: money, wind turbine blades, skilled engineers, or megawatts.

Cheap, secure energy is a public service. Managing constituents’ rising living costs, including electricity bills, is unlikely to fall off politicians’ agendas. But in 2017 record-breaking cost reductions produced by offshore and onshore wind in European procurement auctions, including the UK’s Contracts for Difference auction last September, have changed the conversation about lower bills. Wind energy is now the cheapest form of new energy generation available and the old energy trilemma of either green, or cheap, or secure is collapsing.

On the ‘demand side’, consumers are being handed the tools, like electric vehicles, solar PV, or smart controls, to disrupt the electricity system and to blur the lines between heat, transport and power. When policymakers think about ‘energy policy’, they must now mean many more areas of the economy than the power sector.

Energy policy now also means transport policy, as increased electric vehicles could mean rising electricity demand, or new energy markets that make use of these mobile batteries (and other forms of storage).

It overlaps with housing policy, because the UK’s old buildings are amongst the least efficient in Europe – and cannot make effective use of new microgeneration and smart technologies without improvement. It is also linked to health policy, as governments try to tackle respiratory illnesses from- wait for it – poor quality homes, and rising air pollution.

All the change in the sector means that international energy markets are moving in the opposite direction to national political sentiment, looking for more integration of policy and infrastructure across governments and government departments.

The EU member states have been developing the market structures, rules of engagement and the physical infrastructure for a common energy market in the EU 2030 Package and Energy Union.

This makes sense when, with more decentralised and variable generation on a system, trading across geographical areas and different markets can help manage energy demand in each country.

The UK today is a net energy importer, shipping in gas and bringing in electricity through interconnectors. Even with new energy capacity, we will be dependent on further interconnectors being built with Europe to source the cheapest energy available, and to balance our grid in the 2030s – or even to sell excess renewable generation from our world-class wind fleet. We also need to be part of the balancing markets that will trade these electrons.

Finally, the UK needs to coordinate its own market redesign with Europe’s.  This is currently being undertaken by the Department of Business, Energy and Industrial Strategy (BEIS) and the regulator Ofgem through the Smarter Futures Programme, and through the update to our current charging and pricing mechanisms.

In response to a Parliamentary question about how Brexit will affect energy trading with the EU, Greg Clark, “We are undertaking a comprehensive programme of analytical work across a range of scenarios”. Indeed.

In Europe, much of the coordination of day-to-day regulation has always been done at EU level, especially of rules governing member states’ subsidising of technologies through state aid rules.

There is a myriad of helpful (although not always perfect) intervention that EU member states have negotiated together, from electrical product standards (which sounds innocuous but will be vital in future, when you want your German smart fridge to speak to your British smart control panel), to rules around which actors in the energy system can own, operate, and trade assets.

It is not clear yet how much of the UK Government will be able to participate in the design of, or influence, these many small regulations after Brexit. Or whether, like the apocryphal energy-efficient vacuum cleaners mentioned by Vote Leave in the referendum campaign, we would simply have to accept other countries’ standards and regulation, whether they’re better or worse than the UK versions.

There is also a great need for the UK Government to publicly shout about the policy mechanisms we have today, such as subsidies, performance standards, innovation funding or carbon pricing. In a global market, money moves quickly and a perceived policy stability can be key to winning investment.

When the UK changed its domestic policy to make it difficult (or outright impossible) to develop new onshore wind projects in 2015, it slid down to 14th place on the Ernst & Young global rankings for countries that are attractive for renewables investment, and has yet to fully recover.

Investment from major European renewables developers into the UK also relies upon confidence in the UK Government’s commitment to decarbonisation.

The UK has a massive global advantage in the race to attract the low carbon industry of tomorrow in its Climate Change Act, clear carbon budgets, and the requirement for Governments to come up with ‘clean growth’ plans to deliver against them.

In addition to these, it is vital for the Government to maintain a strong UK carbon price and work out how it will interact with the EU Emissions Trading Scheme when outside of the EU.

Member states are already moving to declare all UK carbon permits void in the event of the UK leaving the market with no alternative arrangements in place, rather than risk jeopardising the liquidity and efficiency of this market.

As with automotive and aerospace sectors, renewable energy is an industrial opportunity for the UK. We have world-leading wind and marine energy sectors. Offshore wind accounted for 21% of all UK infrastructure construction expenditure in 2016, and the projects that won in the UK’s most recent Contracts for Difference auction for renewable capacity will pour nearly £20bn into UK regions.

Over the last decade, an associated supply chain has sprung up across the UK, providing jobs on projects here and exporting to global markets. In order to avoid a skills shortage or restrict UK firms’ ability to export talent we will need reciprocal agreements with EU member states to allow for the movement of citizens with particular skill sets.

Similarly, we cannot afford barriers to the flow of goods and components if we want to continue to reduce energy project costs for consumers and grow UK export revenues.

Free movement may have been one of the key battlegrounds in Britain’s negotiations with the EU, and a resurgent interest in environmentalism may pull decarbonisation back into the political spotlight – but in both these areas of debate, the energy sector has been missed.

As the negotiations unfold, the Government must grasp the economic opportunity offered by a dynamic and decarbonising energy sector. Otherwise the UK may not reap the benefits of these winds of change.