Reduction in net migration: a blessing or a curse? 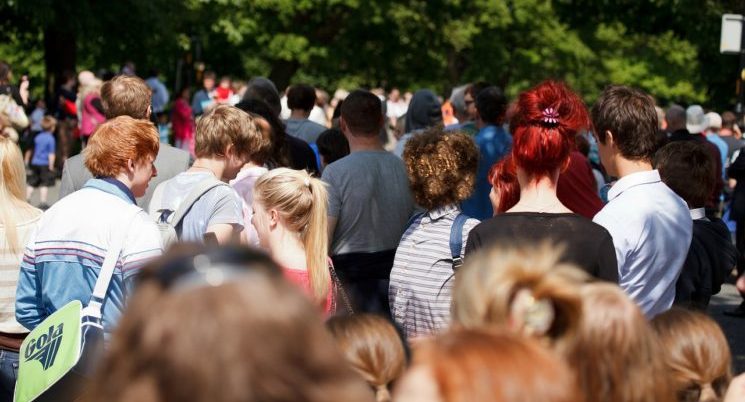 But uncertainty associated with Brexit has brought an end to this rise – in 2016 net migration figures registered the sharpest one year decline (25%) in recent history and settled for now at 248,000. It is still well above the “tens of thousands” target; but should we celebrate or worry about the change in trend? My research shows that significant reduction in EU immigration would lead, in the long run, to lower GDP per person; which in turn would necessitate higher taxes. 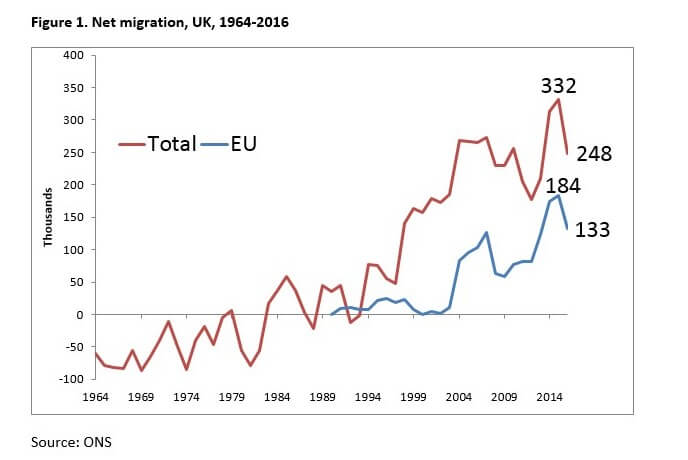 Economists are particularly interested in the effects of migration on the UK labour market and public finances. The consensus among researchers studying the impact of migration on the labour market is that immigrants do not have a strong effect on the wages of native workers, or the unemployment rate. A Bank of England study found that the immigrant-native ratio has a statistically significant but very small negative impact on average wages in the semi/unskilled services sector. This blog gave a detailed discussion of the question “How small is small?”, and the short answer is: 1p an hour.

The most comprehensive study of the fiscal impact of immigration in the UK computed the net fiscal contribution of different population groups for each year between 1995 and 2011. The authors found that the contribution of recent immigrants (i.e. those who arrived after 1999) has been consistently positive. Recent EU immigrants contributed 34% more to the fiscal system than they took out, and recent immigrants from non-EU countries contributed about 2% more than they took out. More details in this blog.

Just before the referendum on the EU membership, my colleague and I built a model capable of bringing together labour market, fiscal and other macroeconomic effects in one framework. It also added a dynamic perspective, differentiated between natives and three different categories of immigrants, and captured age and qualification compositional effects. These features made this study the most comprehensive analysis of the effects of migration on the UK economy to date.

Reduced migration after leaving the EU has a significant negative impact on the public finances, primarily because of a higher old-age dependency ratio, which is the ratio of the number of older people to the number of people of working age. Working age people contribute the most to the public purse by paying most of the taxes, while older people require high public spending on pensions and healthcare. Thus, the higher an old-age dependency ratio is the harder it is to keep public finance sustainable. Accordingly government spending rises as a share of GDP by 1 percentage point by 2065, requiring an increase in taxation of about £400 per person (in 2014 pounds).

As a result, post-tax wages are 2% lower in the Brexit scenario. This means that in the Brexit scenario the economy is smaller in both absolute and relative (to population) terms, and people are poorer. However, although the impact is significant it is not quantitatively large and would take a considerable time to materialise.

EU immigrants benefit the UK economy for two main reasons – they are on average much younger, contributing to lower dependency ratio, and are more highly qualified than the general population. The UK is successful in attracting highly educated migrants who are attracted by employment opportunities rather than by the welfare state.

Table 1 summarises labour market characteristics of workers from different origins. Immigrants have higher educational attainment than the UK-born population on average – which is partly explained by the fact that they are younger, and younger cohorts tend to be more educated. They also have high employment rates – especially immigrants from the new EU countries. 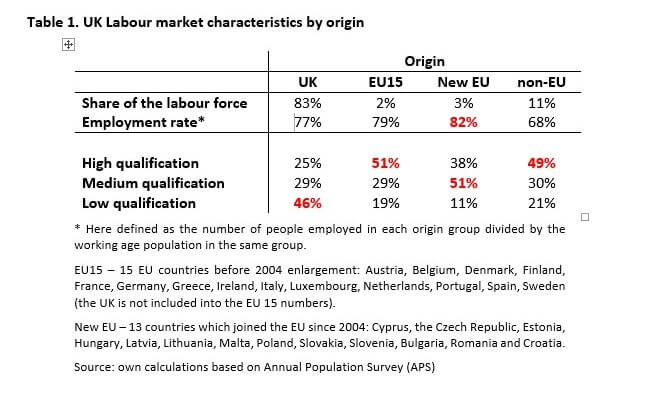 My research shows that immigrants have benefited and continue to benefit the UK economy. The effects are not large but significant and persistent. Overall, researchers fail to detect strong negative effects of immigration to justify the “tens of thousands” target, but the current UK government seems to be willing to sacrifice access to the single market for the ability to control EU migration. This is a high price to pay in order to correct a non-existent problem.