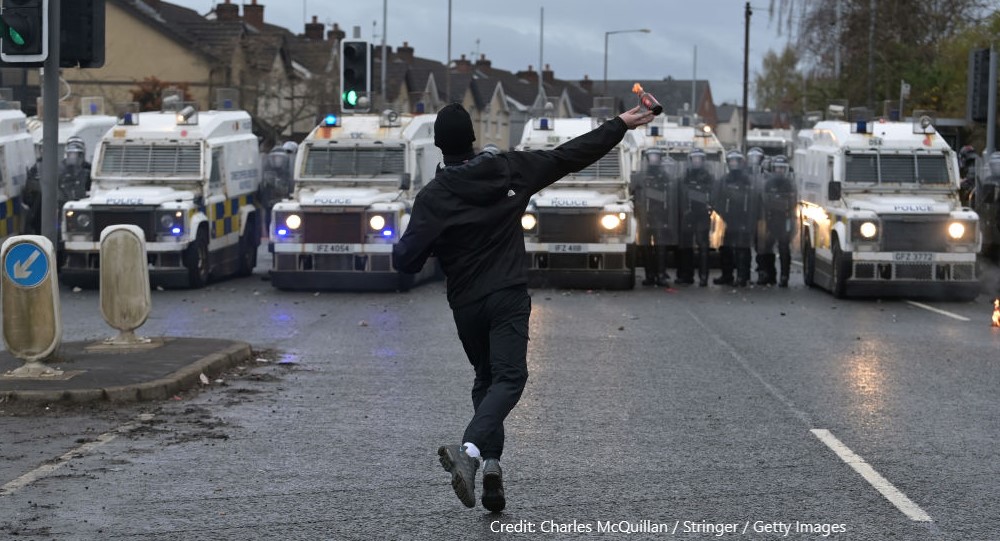 Members of the directorate and research team at UK in a Changing Europe present their reflections on the speech made by Lord David Frost on 12 October 2021 addressing tensions between the UK and EU over Brexit, the Protocol on Ireland/Northern Ireland and more.

“We’ve had a lot of talk. But what, perhaps, has been lost from sight is the fact both sides need to find a workable solution to the Northern Ireland issue.

Process matters, but ultimately outcomes will matter more, so it is important, once the Commission has produced its proposals, that the two sides sit down and try to thrash out a compromise acceptable to both.

“The possibility of starting the Article 16 process remains on the table (the stick) with the carrot of creating space for resolving other things if the EU accepts the UK’s proposals”.

For the sake not only of the people of Northern Ireland but of relations between the UK and EU which Lord Frost himself acknowledged could and should be better, we need this current episode to be followed by genuine efforts to end the stand-off”.

Its opening alluded to the recent threat to the supremacy of EU law and a rejection of the Court of Justice (ECJ) by the Polish and German courts.  The UK, he hinted, can influence this weakening of the ECJ from the outside, with the UK acting ‘by example’. This gave him the opportunity to explain the unacceptability of having a Court of one party ruling on the affairs of another.

Clearly, the Commission launching infringement proceedings (which have now been suspended) against the UK, proceedings which could ultimately end up before the Court of Justice, irked Lord Frost.

“The economic backdrop to Lord Frost’s rejection of the Northern Ireland Protocol is a significant reorientation in Northern Irish trade, with a substantial increase in trade with Ireland, at the same time as British exports to Ireland have fallen sharply”.

There is no acknowledgement that Northern Ireland is in the EU’s Customs Union so the EU’s rules apply. On the other hand, he does acknowledge, rightly, the true democratic deficit at the heart of the Northern Ireland Protocol, namely the inability of the people of Northern Ireland to have any say over new EU legislation which applies to them. This does need resolution.

And the possibility of starting the Article 16 process remains on the table (the stick) with the carrot of creating space for resolving other things if the EU accepts the UK’s proposals. Those things will not include equivalence in financial services which Lord Frost tacitly recognises is now off the table.

So he is proposing a new draft of the Protocol, one which looks much more like a ‘normal Treaty’ (no ECJ, dispute resolution via arbitration).

This, he says, is necessary to relieve (unevidenced) turbulence, all the while recognising that ‘the EU feels it is difficult to come back to an agreement reached only two years ago’, a Treaty that Lord Frost himself negotiated with the EU less than two years ago”.

“The economic backdrop to Lord Frost’s rejection of the Northern Ireland Protocol is a significant reorientation in Northern Irish trade, with a substantial increase in trade with Ireland, at the same time as British exports to Ireland have fallen sharply.

Meanwhile, recent fuel shortages and broader supply chain issues appear to be very much a Great Britain phenomenon, not an all-UK one.

Perhaps this explains why Lord Frost’s objections seem to have shifted from the practical and economic impacts of the Protocol – which seem, if anything, to have been positive for Northern Ireland, which appears to have been insulated from some of the negative economic consequences of Brexit – to the legal and political.”

“Any resolution, by definition, will not entail all-out un-impinged sovereignty on either side, but compromise”.

“When he came to what was, conspicuously, the very last topic of his speech – the Protocol – Frost said that ‘the facts on the ground are what matter above all’. Standing as I am upon the ground in Northern Ireland, I have to say I agree. However, there were notably few such facts included in the speech.

This is perhaps because those facts are complicated. Exporting businesses here are becoming the envy of their GB neighbours. And car drivers and shoppers in the south of England have recently suffered far greater trade-related “disruption to ordinary life” than anyone here.

But there are genuine and significant difficulties too – and they would become much more apparent were we not in the current “standstill” on the Protocol that the UK and EU have found themselves in.

And it is those difficulties that, we have been led to expect, will be addressed head on by what the EU will propose today. But whatever those proposals are, they will not be enough to address the “serious situation” in NI that Frost identifies, because they will be technical fixes.

And the serious situation – he is right – now centres upon politics, identity, and the 1998 Agreement. As such, any resolution, by definition, will not entail all-out un-impinged sovereignty on either side, but compromise”.

For more information on the Protocol, a plethora of resources are available on our website, including blogs, videos, podcasts, press highlights and more.