Levelling up will not work without the development of localism 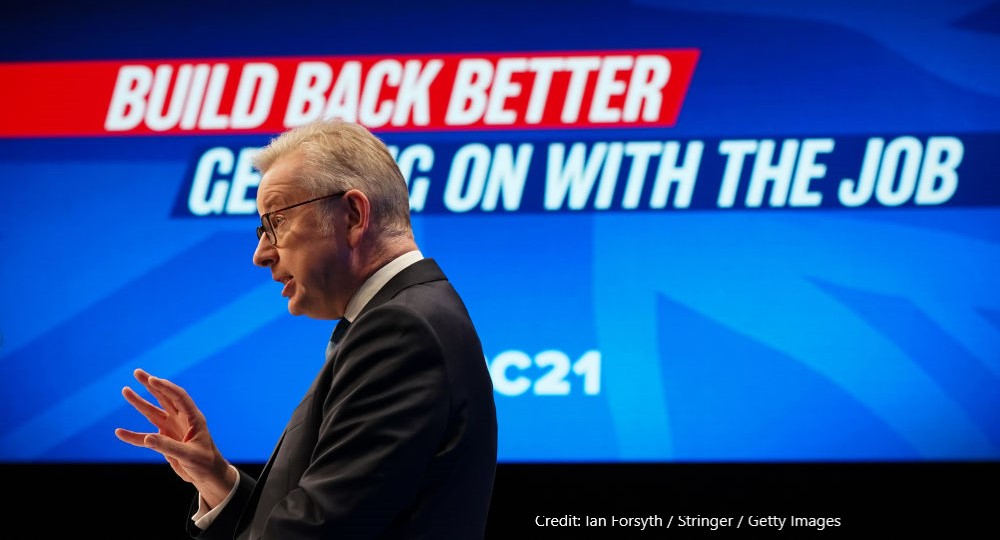 The transition to a post-Brexit economy has generated a number of challenges, the most recent of which centre on supply chains, declining exports and regional and national labour shortages. The Office for Budget Responsibility estimates that Brexit will cause a long run four per cent hit to economic growth.

The Prime Minister’s focus on a high-income, high productivity economy is a response to these challenges, and Rishi Sunak’s November budget talked optimistically about future growth in the British economy – but expectations of six per cent growth in 2022 appear highly optimistic.

Central to the government’s new economic strategy is its levelling up agenda committed to rebalancing the British economy through local and regional economic development.

Tax rises alongside greater than expected growth outlined in the budget has allowed the government to promise increases in public expenditure in all departments aside from Defence.

There is a focus on better public services, including more for education and health and, after a long period of cuts, an extra £4 billion for local government.

Austerity might be over, but a decade of spending cuts have not been reversed. Local authorities may yet be forced to cut services further.

Levelling up is at the core of the government’s strategy and is a key mechanism for building the post-Brexit economic model.

The budget promises to level up communities through £560 million for youth services, £200 million for community football pitches, £1.7 billion for infrastructure and the allocation of the first round of Levelling Up Fund bids. It is central to the Conservative party’s political strategy of retaining ‘red-wall’ votes of former Labour supporting constituencies.

The commitment to stronger regional economy and local government does not break with the traditional centralised Westminster model of government which continues to see the government and the Treasury as the drivers, funders and arbitrators of any regional development.

It is central government that sets the agenda for any economic regeneration, and it is the Treasury that directly controls the purse strings.

There are two fundamental problems underpinning the current strategy. One related to distribution and the second to implementation.

In terms of distribution, if levelling up is going to work in a way that really reforms the structural weaknesses of the UK economy over the long-term, it needs to provide localities with the means to address their needs in relation to education and training, infrastructure, local investment and developing economic initiatives.

Yet the whole premise of the fund is that the money comes from, is controlled by, and is distributed through central government. It is based on a system of bidding where local authorities must invest resources into a system that pits themselves against one another with central government determining where the money goes.

Critics argue increasing amounts of local government spending are coming from centrally controlled pots and accusations of pork barrel politics have come to the fore.

The model for levelling-up replicates the original system of Treasury control which was a key driver for the existing regional disparities. Indeed, by not simply distributing money to localities (or developing a proper model of local funding) in ways that allows all regions to grow, the danger is that regional difference will be exacerbated rather than levelled up.

Historically, the role of local agencies in the UK – whether it is health trusts, police forces, schools or local government – is to implement national policy.

Local governance is now provided through a complex network of organisations often with overlapping geographical boundaries (for instance health, housing, policing, and local authorities will all cover different territories) and no overarching political authority.

For instance, to help deal with issues of mental health, the police cannot direct health authorities in particular ways, or vice a versa. The system is fragmented with implementation delegated to local bodies whilst authority is centralised in Whitehall departments.

The local policy process is inchoate because each local body is accountable to a different central body and not to their locality.

Any local coordination to tackle problems holistically occurs through networks established in each region, but these networks often involved numerous agencies, are ad hoc, lack institutionalisation and in many cases depend on local political entrepreneurs to drive cross-agency action.

Sharing of budgets, where it does occur, is through temporary measures often lasting a year, rather than through long terms cross sectoral budgets. Local networks easily break down because of rapid personnel changes and new directives from central government.

Currently localism cannot work effectively because accountability continues to be upwards to departments, and increasingly the Treasury, and not downwards to the needs of localities. Local agencies respond upwards to national demands, not downwards to citizens.

City Devolution deals are an attempt to deal with some of the problems. But like much else in British governance, they are ad hoc with different cities and regions having different powers and responsibilities alongside different levels of funding.

Asymmetry looms large, with recipients lacking the capacity to raise funds beyond what is dictated by central government.

Despite the centrality of the levelling up to the government’s post-Brexit agenda, it is difficult to see how it can fundamentally transform the regional inequality without addressing the relationship between the centre and localities.

Levelling up needs local regions with revenue streams that are not directly controlled by the Treasury, the ability to adapt to local requirements for investment on a long-term basis, and the strategic capacity to link issues of infrastructure to education, housing, training. Investment and productivity.

At the same time none of this will work until local authorities are properly accountable to their communities and the chains of accountability flow downwards and not simply up to central government.