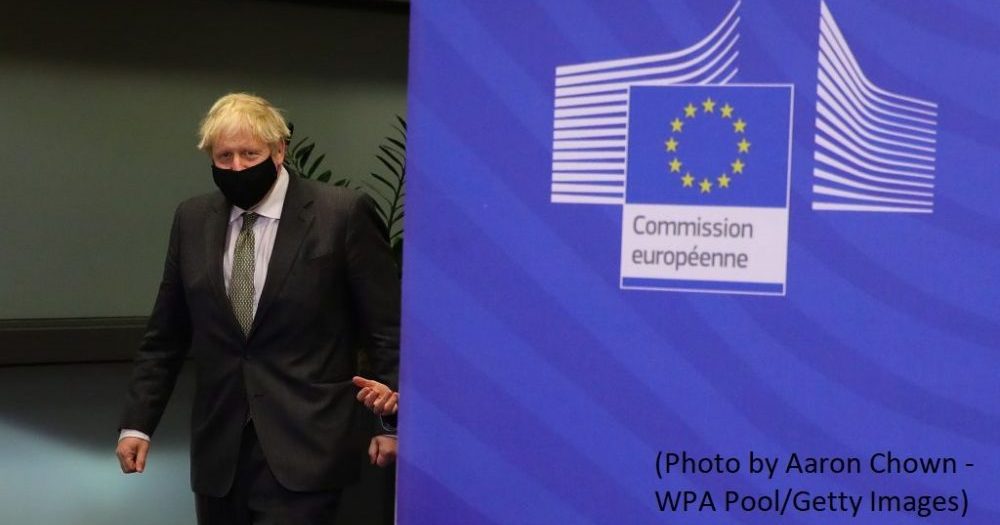 There are not many people who actually know how near the UK and the EU are to a deal.

Michel Barnier and David Frost may have an inkling on whether the “narrow path” can lead to the goal without either side slipping down the cliff face.

Ursula von der Leyen may know whether the likely endpoint can be sold to EU leaders. Angela Merkel may, in the moments she is not focusing on locking down Germany, be wondering whether Emmanuel Macron really wants to torpedo a deal now in the hope of securing a better future deal for his fishing fleet.

They may both be wondering if the Dutch, the Danes or the Spanish might emerge with a spanner at the last minute.

Boris Johnson may have decided whether, if he can see the “contours” of a deal, such a deal is saleable to his domestic political base.

But the truth is however much we parse the Sunday show utterings of Dominic Raab, the lunchtime read-outs from von der Leyen and the PM, how the wording changed when the Number 10 official spokesman briefed at lunchtime and hang on every morsel from Michel Barnier’s morning encounter with EU permanent representatives, we still don’t know whether or when a deal will land.

What we can say is that the two sides are still talking. That may just be because they both refuse to walk away – but if it is anything more than keeping up appearances, it suggests they have found something to talk about.

It looks as though there is some movement on the key issues of level playing field and enforcement.

The UK seems to have moved beyond non-regression to accept that its moves in the future could open up a risk of distortion.

The EU seems to have moved away from an insistence on automaticity – either of moving up in line with EU changes or in its right to retaliate unilaterally, and accepted, in the words of Ursula von der Leyen, that this will work “vice versa” rather than simply be a way for the EU to put an errant UK on the naughty step.

The most important thing is that both seem to have descended from their twin peaks of Union Jack sovereignty and gold star autonomy and can engage.

There are different elements at play: how big a distortion, and of what – and who gets to assess; what sort of penalty, applied to what and who gets to impose; what processes might precede any sort of action.

In short, the conversation can be about how, rather than whether, to manage the divergence that the EU has always feared.

If – and it still remains a very big if – the two sides can find a way forward (or even, at this late stage, agree they will be able to find a way forward in the next few months after the agreement comes into force), fish can come back on the table.

The UK appears to have conceded some sort of adjustment period. The EU has recognised that it cannot expect the status quo to continue ad infinitum.

There is a deal to be done – which may be lubricated by a bit of cash from the EU or (if negotiated) from the UK – to cushion EU coastal fleets.

The UK may even try to buy back quota sold to EU fishing boats in the past by their British counterparts. In no sensible world does fish scupper a deal.

If – and it still remains a big if – a deal is done, there will be scant time for anyone to look at it. But in the cold light of 2021 the EU is likely to find it has negotiated a very favourable deal with the UK, and the UK that it has not.

For all its complaints about UK cherry-picking, the EU will have protected its goods trade with the UK from tariffs, benefited from many UK unilateral easements while the UK will find its mighty services businesses facing big barriers to business continuity.

Unless there are last minute changes, it looks as though UK manufacturers will be hampered by restrictive rules on what qualifies for tariff-free trade and even that UK regulators will not be able to certify goods as meeting EU standards, doubling compliance costs for anyone doing business with the EU.

The UK’s insistence on sovereignty and fish, and that it was asking for no more than Canada has, as many commentators noted, meant that it failed to pursue its own legitimate offensive interests.

The UK has said that it wants trade policy freedom to pursue the interests of its services businesses not prioritised by the EU negotiators, and may find that it has failed to deliver much for those very same businesses in their most successful overseas market.

Moreover, the EU has yet to concede either equivalence for financial services or data adequacy, both of which the UK has agreed for EU providers.

We may yet be surprised.

By a deal, if there is one, after all the bellicose talk of last week.

The Prime Minister convinced few in business when he said no deal would be “wonderful” and that the UK would prosper mightily with no deal.

Although agreeing most deals are better than no deal, business might find that the deal that was deliverable within the red lines was not a very good deal either.

The great reveal could be a damp squib.