Religion in the EU referendum 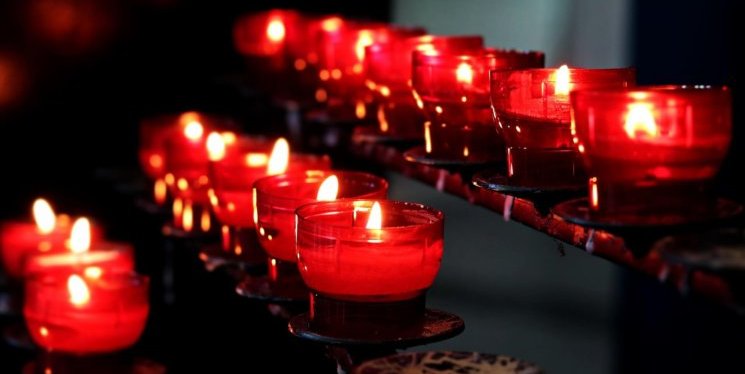 Religion is generally assumed to play only a minor role in shaping political behaviour and attitudes in Britain. However, a growing number of studies highlight its continuing importance in explaining vote choices, ideological beliefs and the way we participate in politics – and several have shown that religious affiliation is linked with attitudes to EU membership.

Our research shows that not only is this true in Britain as well (our data did not examine Northern Ireland), but also that religion played a small but important role in shaping voters’ choices in the EU referendum.

As the table below illustrates, according to the British Election Study (BES) 60% of Anglicans supported Brexit in in the referendum, compared to 48% of Catholics, and 43% of those with no religious affiliation.

Presbyterians, Methodists and Baptists were split more or less evenly, and while there was insufficient data to look at the preferences of specific non-Christian religions, they tended to support remaining in the EU, with only 43% voting for Brexit.

Moreover, we found that many of these differences, and particularly the greater tendency of Anglicans to vote Leave, persisted even after accounting for factors more commonly associated with support for Brexit, such as education, economic deprivation, social class, age and party political support.

We traced these differences to the tendency of different Christian groups to be more or less Eurosceptic. We looked at two different dimensions of Euroscepticism: utilitarian Euroscepticism, which is based around voters’ negative assessments of the policy performance of the EU and its failures in achieving policy objectives; and affective Euroscepticism, which reflects voters’ lack of sentimental attachment to the EU and their perception that it is not a legitimate and worthwhile institution.

We found all of the Christian groups we studied were more likely to rate the EU’s policy performance negatively than the non-religious (though not non-Christians), particularly Presbyterians (even after accounting for the fact that they live in the largely pro-EU Scotland) and Anglicans.

This was also true, albeit to a lesser extent, for Catholics, who – in studies carried out in other EU member states, and as John Garry in this report has shown on Northern Ireland – are typically shown to be passionately pro-EU.

When looking at affective attachment to the EU, we found that all of the Christian groups tended to have weaker attachments than the non-religious, and once again Presbyterians and Anglicans stood out. The exception was Catholics, who tended to have more positive attachments – though once we accounted for the fact that many Catholics were born and raised in other EU member states, this disappeared.

The pro-EU tendency of many Catholics in the UK, therefore, has more to do with them being nationals of other EU member states than with any passionate attachment to the institution directly or indirectly connected to their religion.

When we took account of these differences in utilitarian and affective Euroscepticism (while also controlling for other factors associated with support for Brexit), we found that differences between Christian denominations in the referendum all but disappeared (with the exception of Methodists, who were revealed to be unusually likely to support Remain).

In other words, the differences in support for Brexit between the Christian denominations was a result of their differing assessments of the policy performance of the EU, and differing tendencies to develop a sentimental attachment to the EU and perceive it as a legitimate and worthwhile institution.

While differences in utilitarian and affective Euroscepticism are of limited significance to explaining the referendum result as far as Catholics and Presbyterians are concerned (because both groups were fairly evenly split between Remain and Leave), the strong tendency of members of the Church of England to judge the EU’s policy performance negatively and to lack any sentimental attachment to it, and consequently their greater likelihood of voting Leave in the referendum, makes this important in understanding why the UK ultimately voted in favour of Brexit.

How can we account for this ‘religious effect’? Previous research has linked Catholicism with a more pro-EU outlook because of two factors: the historic association of Catholics with a trans-national institution, whose authority supersedes that of national governments in certain areas; and the fact that the development of the EU has been primarily driven by political parties with a clear Catholic heritage (such as Germany’s Christian Democratic Union).

Protestantism, on the other hand, is usually linked with Euroscepticism because of its historic distrust of the Catholic Church as a trans-national institution that challenges the sovereignty of national governments, on whose protection from Catholic universalism they have been dependent.

In addition, some Protestant churches (such as the Church of England) identify themselves as promoters of national identity and have close historic links with national governments and political parties, all of which may be challenged and (in the eyes of some) weakened by EU membership.

While this explains the relative hostility of British Anglicans and Presbyterians to the EU, our findings that British Catholics were more Eurosceptic than the non-religious, and that some smaller Protestant groups (particularly Methodists) were unusually supportive of EU membership (even accounting for such factors as education and economic deprivation) pose a challenge to these theories and suggest important avenues for further research.

While religion was unlikely to be decisive in the referendum, and had a less powerful impact on voters’ decisions than more commonly studied traits such as education, economic circumstance or age, it was nonetheless significant that the largest religious group in the UK (Anglicans), which includes more than 15% of British adults, have a historic predisposition to be Eurosceptic and so were more likely to support Brexit.

They have a lasting distrust of the EU, are less likely to feel that it is a legitimate and worthwhile institution, and tend to be particularly negative in their assessments of its performance in achieving its objectives. This, in turn, pushed them towards voting Leave, and helps to explain why the UK took such a momentous, and unexpected, decision in 2016.