Remain camp is losing the hashtag battle in the twittersphere 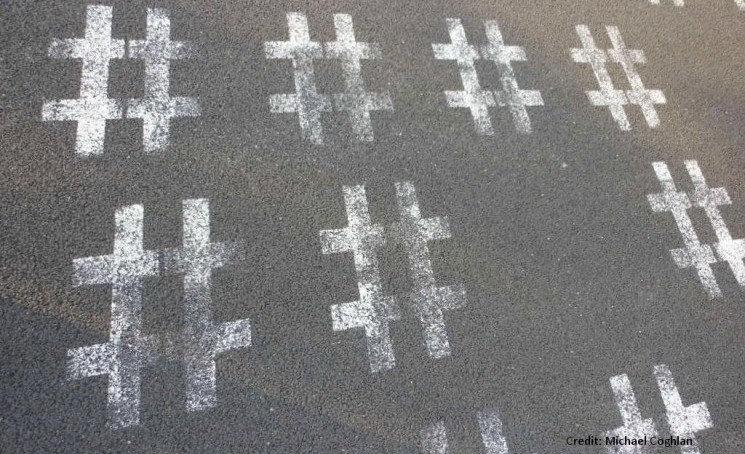 With the leave and remain campaigns neck and neck in the polls, we might expect to see a similar spread of pro-Leave and pro-Remain opinions in the EU referendum twitter debate. In practice, we find relatively little support within our Twitter datasets for the Remain camp.

We have collected over 6 million tweets on the referendum debate over the last five months using three methods to collect data:

Figure 1. The most frequent hashtags in the three data sets

Analysing the frequency of commonly used hashtags gives an indication of topics discussed in each of the datasets. Much of the discussion in the tweets from the official campaign and the random stream data are directly related to the UK-EU referendum, this is echoed by the hashtags #brexit, #leaveeu, #voteleave, #euref  being the top four most frequent in both collections.

Hashtags with a pro-Leave sentiment appear more frequently in all three of our data sets (fig. 1). We do not see any pro-Remain hashtags appearing in the hashtag gathered set, and only #strongerin and #remainineu in the random stream set. There is a very small number of pro-Remain hashtags in the official campaign data. We are collecting from the three campaign groups and only one is pro-Remain. We would expect a lower level of pro-Remain hashtags in the official set, but not as low as we are seeing. This suggests that pro-Remain supporters don’t use hashtags, use them in unexpected ways or are keeping their powder dry. Alternatively, there is a strong pro-Leave sentiment within Twitter.

Within the official stream, certain hashtags have been heavily used by the two pro-Leave campaigns, for example @LeaveEUOfficial launched #theknoweu, #justsaying, #fudgeoff, #twibbon and @vote_leave launched #wrongthenwrongnow, #theinvisableman. We can see that the #twibbon also appears in the random stream data set and therefore has cross pollinated and is being discussed by the wider public. 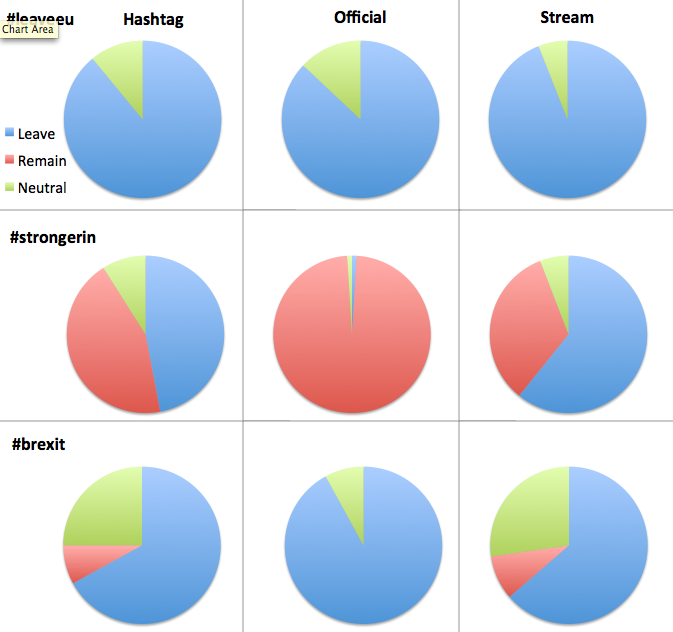 Figure 2. Proportion of tweets that contain the hashtags #leaveeu, #strongerin, #brexit that express a leave, remain or neutral sentiment

When looking at our data through a hashtag lens we found that the majority of our data was pro-Leave (fig.2). The hashtag #leaveeu is being used to express a pro-Leave sentiment as might be expected. The pro-Leave campaigns use a variety of hashtags. They use hashtags to draw attention to specific themes and these are re-used in the wider community.

In contrast, the pro-Remain camp tend to not use many hashtags and when they do, they use #strongerin. Digging deeper we also found also a high use of #strongerin in tweets that expressed a pro-Leave sentiment. This hashtag is used by the @StrongerIn campaign to represent a pro-Remain sentiment but in the random stream and hashtag-gathered sets it is being used when expressing a pro-Leave sentiment.

Pro-Remain hashtags are actually being appropriated by the pro-Leave supporters and used to attack the pro-Remain argument. We found that #strongerin is being used when critiquing the @StrongerIn argument, when expressing sarcasm about the @StrongerIn campaign and as part of a wider list of hashtags relating to the referendum. There is a higher use of #brexit in a neutral context than the other hashtags but for the most part #brexit is being used in tweets that have a pro-Leave sentiment.

In the Scottish independence referendum much of the twitter chatter took a pro-independence stance even early in the campaign when the polls predicted a much stronger pro-union preference than emerged on the day. Does the early pro-Leave twitter sentiment indicate there will be a surge in wider public support for Brexit? Or is there wider pro-Remain support that is for some reason avoiding the use of hashtags? Or are pro-Remain voters not specifically talking about the referendum yet? Can we find them discussing wider EU-related issues? Only time will tell. For the moment, the one clear message is that the Pro-remain camp is losing the hashtag battle in the #EUref twittersphere.

This piece is by Clare Llewellyn and UK in a Changing Europe Senior Fellow Laura Cram, of the Neuropolitics Research Lab, the University of Edinburgh. For access to our interactive twitter demo with daily updates on the #EUref twitter debate click here.