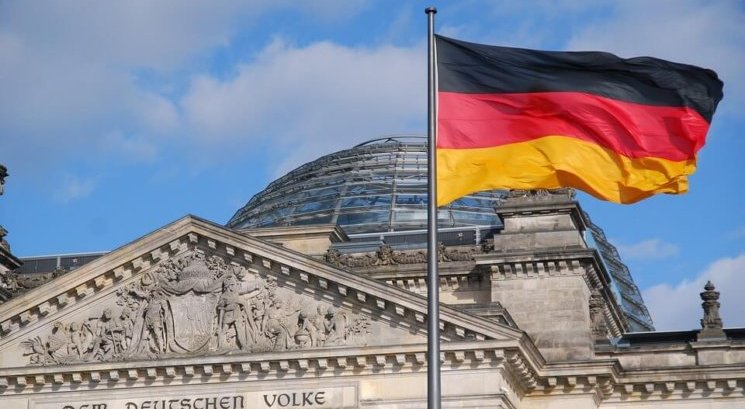 Two years after the EU referendum, a fundamental truth finally appears to have dawned upon the UK’s political class: that Brexit does not depend on Britain alone. Since Theresa May’s government published the Brexit white paper, it is no longer possible to focus exclusively on Britain’s fierce domestic Brexit battles, without facing up to the elephant in the room: the EU’s likely verdict on what Mrs May chooses to call a “deal” instead of what it really is, a proposal.

Mrs May has warned member states that “the ball is now in their court” and urged them to show the same kind of flexibility her government has displayed. The foreign secretary Jeremy Hunt has used his inaugural meeting with his German counterpart, Heiko Maas, in Berlin on July 23 to issue a stark warning along the same lines. According to him, the EU in general and Germany in particular are now faced with the choice of accepting Britain’s suggestions or taking the blame for a no-deal Brexit.

Mr Hunt visited Berlin not long after No 10 denied rumours that German chancellor Angela Merkel had seen, or even signed off on the British plan before May’s cabinet convened at Chequers. From a German point of view, this is a highly unlikely story.

The Chequers proposal does indeed soften several of Britain’s red lines, but it still effectively ignores the guiding principles of the single market, especially the indivisibility of the four freedoms (of movement, goods, services and capital) for anyone who has access to it.

The idea that Germany, or rather its government, could somehow sway the EU single-handedly into compromising the single market to accommodate Britain is a profound and risky miscalculation. Britain’s counterpart in the Brexit negotiations is the EU as a whole.

Germany may be its largest and economically most powerful member state, but that does not mean that Mrs Merkel is able to dictate her preferences to other governments, the European Commission and the European Parliament, which needs to sign off on any Brexit deal, a fact frequently — and conveniently — ignored in Britain.

As for exercising what influence Mrs Merkel has over the EU, there is no reason to assume that she, or indeed any German government, would prioritise supporting Mrs May’s plans over protecting the cohesion of the bloc and the integrity of the single market.

The British government would be wise not to confuse German relief that Mrs May is tacking towards a softer kind of Brexit than previously announced with a readiness to promote the details of the Chequers proposal.

Hopes that Germany might act as a broker for British interests within the EU are nothing new. During the 1980s, Margaret Thatcher relied on the love Germans held for their currency, the strong Deutschmark, to prevent monetary union in Europe. She was flabbergasted when the chancellor Helmut Kohl urged her to accept the inclusion of “monetary cooperation” in the Single European Act of 1986.

When David Cameron tried to renegotiate the terms of Britain’s EU membership, a lot of eyes were directed at Mrs Merkel to help him come through. Expectations towards the German government quickly turned into blame when the results of the negotiations fell short of Mr Cameron’s declared intentions.

During the referendum campaign, the Leave camp argued that it would be all too easy to strike a brilliant withdrawal deal with the EU, because German car manufacturers, with their substantial stake in the British market, could be expected to successfully persuade the German government into lobbying the EU in Britain’s favour.

All these calculations have been based on a failure to realise just how important the EU is to Germany. Since the 1950s, protecting Germany’s interests and promoting European integration have been two sides of the same coin, which is why Britain’s approach of applying “cost-benefit” calculations to deduce the German position on individual questions of European policy is so unsuitable.

It is true that a cliff-edge Brexit would be profoundly damaging to Germany’s interests, as Mr Maas pointed out during his meeting with Mr Hunt. The British have every reason to expect that the German government will pull its weight to prevent this scenario, only not to an extent that will, from their point of view, hurt the long-term future of the EU.

In German eyes, even the most mutually beneficial Brexit deal could never be more than a damage-limitation exercise. The vast majority of Germany’s political class and business elite would most likely be jumping with joy if Britain changed its mind tomorrow.

But that does not mean that they are willing to dismantle the most fundamental achievement of the European integration process, the single market.

British politicians and commentators arguing that it would be in Germany’s economic interest to distance itself from this principle fail to realise that the German Brexit strategy will in the end not be decided by interests, but by priorities.

The thing about interests is that you can have more than one, and that they often conflict with one another. And the plain reality is that Brexit, as profoundly upsetting and damaging as it is, does not hold the top spot on Germany’s list. On July 20, Mrs Merkel held her final press conference before the summer holidays without even mentioning Brexit.

The German government is currently faced with profound disagreements with its European partners about migration; the rise of populism abroad and, to a lesser extent, at home; the threat emanating from President Putin’s Russia; and a dramatically widening transatlantic rift.

All these developments make Brexit even more regrettable, but they also make German acceptance of a deal with the potential for further EU disintegration less likely.

By Dr Helene von Bismarck, German historian and author specialising in Britain’s interactions with the wider world. Her first book analysed Britain’s imperial role in the Persian Gulf during the 1960s (Palgrave Macmillan 2013). She is working on a book about the relationship between Margaret Thatcher and Jacques Delors. This is co-published with Times Red Box.