Renewal and the Shadow Cabinet reshuffle 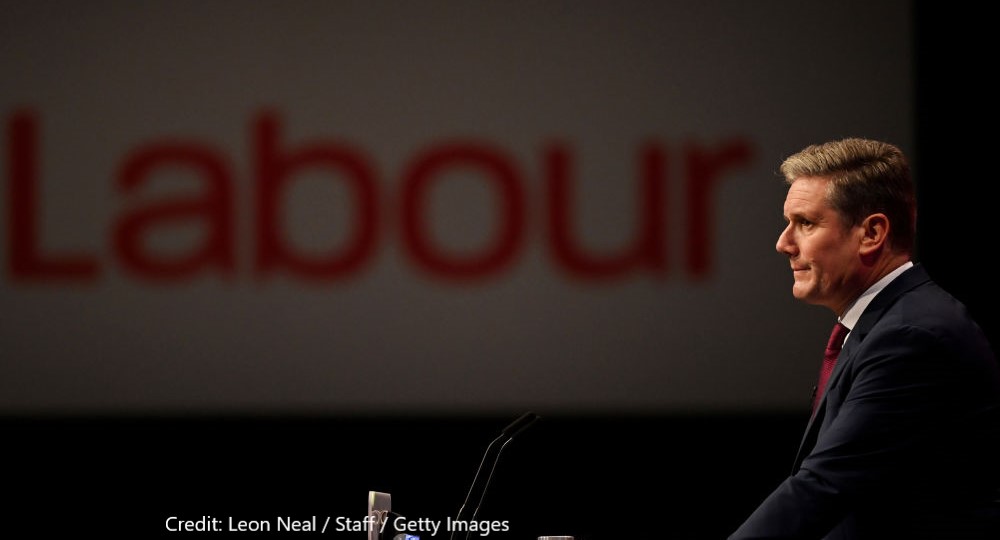 Since assuming the position of leader of the Labour Party, Keir Starmer has been troubled by his inheritance from the former leadership team. Put simply, they had left behind a legacy of a substantially grown Labour membership comprising left-leaning supporters of Jeremy Corbyn and his style of politics, and a 2019 general election result which was the worst for Labour since the 1930s.

Arguably, this was a split legacy between the successes of securing the largest Party membership in modern day Europe, whilst also leaving Starmer to lead the Labour Party back to power from a position of substantive Parliamentary weakness. This raises a number of questions, which even without the Covid-19 crisis impeding on his ability to communicate a renewal strategy would be problematic.

For example, uniting the ununitable groupings of hard left factions with the Blairite tendencies, or those other groupings that see themselves as more concerned with improving the lives of the majority.

In these circumstances Starmer’s options are limited. However the history of Labour renewal teaches a few valuable lessons for how he can start the long road back to unity, and can present a ‘united’ party back to the electorate.

For example, Harold Wilson, following the decade-long feud between the Bevanites and the Gaitskellites, was able to demonstrate a united front by presenting a whole new ideological interpretation of socialism by way of ‘Scientific Socialism’. By doing so, he was able to say to both sides (as exemplified by his White Heat speech) that neither the left- or right-leaning faction had the monopoly on victory, and that in order for Labour to remain relevant they needed to put their factionalism to one side and to instead unite behind his new vision.

This was a powerful message to deliver to the Labour conference in 1963, largely because it compelled those who had spent the previous ten years fighting other members of the Labour movement in what they saw as principled ideological battles to instead take stock of the changing realities of the British and the global economy, and to embrace new innovations, such as automation in industry.

Put simply, relying on the older, declining heavy industries of the pre-1950s would no longer be enough for Labour to claim its relevance to voters. This strategy of presenting a new unifying vision worked inasmuch as Wilson was able to compel delegates to see his vision as looking forward to future victories and the implementation of socialism in the modern world when considering the next stages of Labour renewal.

Similarly, in 1994, Tony Blair was able to construct a unifying renewal strategy by presenting another kind of new vision under the moniker of New Labour. The purpose of this vision was again to put divisions to one side as Wilson had, and to compel delegates to support his leadership behind similar aims.

He articulated a message that the party needed to change to remain relevant to the interests of voters, who Labour need to speak to and represent if they were to secure their votes at a general election. For Blair, this was about re-interpreting social democracy for the post-Thatcher period in a way which embraced globalization, the free market economy, and a social contract of responsibilities between citizens and society.

By doing so, Blair was able to move beyond the debates of the 1980s, as symbolized by the re-writing of Clause IV, whilst presiding over the subsequent much needed rejuvenation of Labour as an avenue of social and economic change following electoral defeats in 1979, 1983, 1987, and again in 1992.

As such, what lessons can Starmer take from history as he reshuffles his Shadow Cabinet? Put simply, he will need to renew Labour in a way similar to Wilson and Blair. To do that, his new Shadow Cabinet needs to be truly representative of the different factions within the Labour movement, from the Corbynite Ultras, to Blairite Loyalists. However, the rationale for such a wide-ranging inclusion of conflicting ideological positions will be the need for them all to then sing enthusiastically from Starmer’s renewal song sheet.

Put simply, as with Wilson and Blair, those brought into the Shadow Cabinet should not be there to represent the ideologies of the recent or more distant pasts, because those are the defeats that Labour needs to move beyond.

Rather, to look to the future, Starmer needs to craft a new and exciting interpretation of socialism for the 2020s that unites Corbynites and Blairites alike. In 1963, this transformation was driven by the fear of irrelevance in an ever-changing technological world; in 1994, it was the fear that social democracy had nothing to offer in the post-Thatcher, post-Reagan interconnected economy.

Today, Labour needs to draw on a similar fear and explain to unconvinced voters how Starmer’s party can represent their interests rather than the interests of internal party groupings or factions, and how they are relevant to the concerns of voters in the post-Brexit, post-pandemic world. At present, the Labour Party have yet to re-secure the permission of the voters to be heard, largely because they have been talking to themselves since leaving office in 2010 (either discussing what ‘One Nation Labour’ meant under Ed Miliband, or what ‘Labour’ more generally means under Jeremy Corbyn).

To win Starmer needs a Shadow Cabinet united behind a new idea that they can use to show voters they have changed to reflect their needs since the 2019 general election. Labour needs to stop talking about the past, and start talking about the future. Covid-19 has represented significant challenges in Starmer’s ability to do that; however, at some point he is going to have to outline his big renewal idea similar to Wilson’s ‘Scientific Socialism’ or Blair’s ‘New Labour’.

Otherwise Starmer will lead Labour to the same electoral result which befalls all Labour leaders who fail to explain to voters why they should lend Labour their votes.

By Andrew S. Roe-Crines, Senior Lecturer in British Politics & Communication at the University of Liverpool.