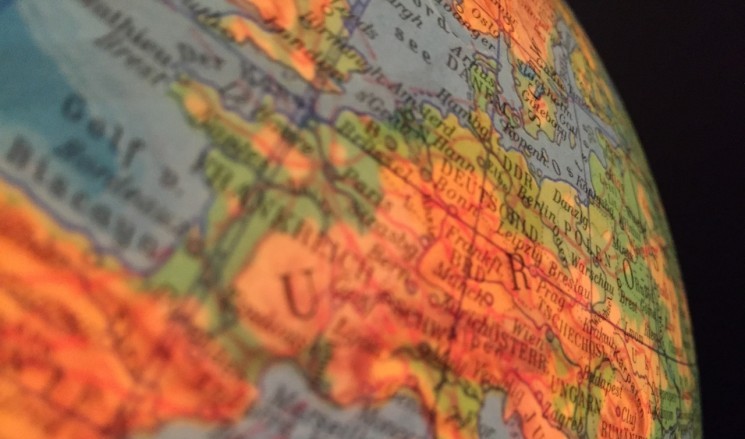 In a symbolic gesture toward creating an ever-closer union, the European Union conferred citizenship on everyone who is also a subject of one of its member states. However, the rights of European citizens are more like those of subjects of the pre-1914 German Kaiser than of a 21st century European democracy. Citizens may be able to vote for members of the European Parliament (EP), but this does not make the EU’s governors accountable – as is the case in a normal parliamentary democracy. Rather, what we have is a complex, multi-layered arena, in which ‘politics’ – that is, the articulation and reconciliation of different views about what government should do – is played out. This arena suffers from a democratic deficit, yet in a way also enjoys a democratic surplus.

First, the deficit. Votes that European citizens cast in their national constituency are not counted on the basis of one person, one vote, one value. Instead, EP seats are allocated nationally by a system of disproportional representation. Of the EU’s 28 member states, 22 have their citizens over-represented in the European Parliament. A British, French, German or Spanish MEP represents more than ten times as many citizens as an MEP from Malta or Luxembourg.

The rationale for treating citizens so unequally is simple: the EU is a mixture of a few very populous states and many small states. In federal political systems – such as the United States of America – this problem is resolved by having a two-chamber assembly. One consists of constituencies with populations of approximately equal size and the other of an equal number of representatives for territories unequal in population. In the EU, the equivalent balancing act is applied to a single chamber, meaning that MEPs are elected by a compromise system that is much more unequal than that of the House of Representatives, but far more representative than the Senate.

Once elected, the 751 MEPs do not vote as a national bloc but are divided among eight multi-national party groups endorsing trans-national socialist, conservative, liberal, green, nationalist principles or none of these. Such groups can have more than three dozen parties from more than two dozen countries. The result is that most MEPs spend their working week conducting politics in a foreign language with foreigners.

At the top of the EU’s institutional structure, the European Council collectively makes decisions binding on all of Europe’s citizens. It consists of the heads of the national governments of the EU’s member states. Over the years the EP has gained the right to hold the European Council accountable for some, though not all, of its decisions. This is not democratic accountability but part of a system of elite checks and balances like that the undemocratically elected British Parliament enjoyed in Queen Victoria’s time. While each Council member is democratically chosen, the average national government is endorsed by less than half its voters and the British government represents little more than one-third of Britain’s voters.

At the same time, the EU enjoys a democratic surplus. At least seven of the governments in the Council are up for re-election at home each year. Meanwhile, the expansion of the EU’s powers means that European integration can no longer proceed by stealth. Decisions taken in Brussels are increasingly visible in national politics. People who are dissatisfied with eurozone economic policies or the free movement of peoples across national borders do not need to wait for the 2019 European Parliament election to voice their dissatisfaction. Instead, they can protest by voting in a national election to replace the government that has not been representing their views in the European Council.

Caught by conflicting national and EU pressures, a prime minister can introduce even more democracy – perhaps by tabling a national referendum on an EU issue. Thus, Greece has not been able to annul the terms imposed on it as a result of its national fiscal difficulties; but the various referenda held over the last few years have given Greek governments leeway in fulfilling these conditions – and they may never do so.

David Cameron’s willingness to put the UK’s membership of the EU at risk in order to pacify a group of his eurosceptic MPs is another example of the priority that national leaders are giving to their national electorate. No quantity of national votes will enable a national government to stop the world and turn a country into a self-sufficient island. The peace and rising living standards enjoyed by Europeans for more than half a century has been accompanied by an increase in economic, cultural and security interdependence across national borders. However, this does not mean an end of politics. Instead, it adds a new set of institutions and participants to debates about decisions that were once the preserve of national democracies.

By Professor Richard Rose a commissioning fund awardee from The UK in a Changing Europe and director of the Centre for the Study of Public Policy at the University of Strathclyde Glasgow.  For full details and analysis of the conflicts arising within the multi-level governance of Europe read Representing Europeans: a Pragmatic Approach (Oxford University Press, autumn, 2015). This blog post was originally posted on the Oxford University Press.