Restoring the dignity of the mother of parliaments 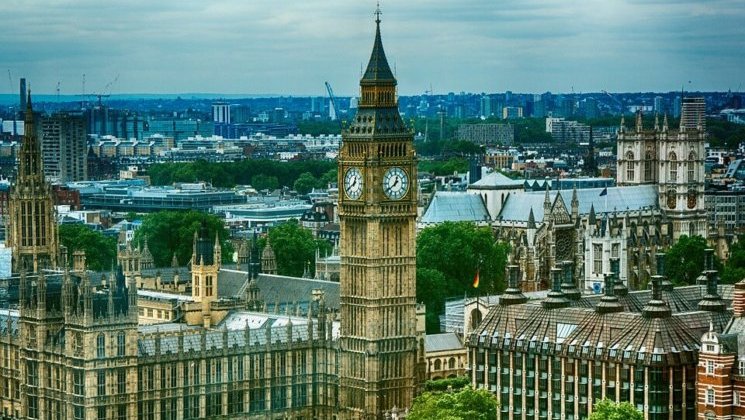 The disastrously misguided decision of David Cameron to remove from elected MPs the most critical decision facing Britain since the Second World War and give it to the people in an exercise of direct democracy has created an existential crisis in Britain’s system of representative parliamentary democracy.

It is an object lesson in the profound dangers of mixing up direct democracy with representative democracy on such a fundamental issue affecting the economic and political life of the country.

The majority of MPs favoured remaining in the EU, and so on 24 June 2016 found themselves out of step with the small majority of the people who voted to leave. Since then, for the last two years they have failed to work out how to respond.

Theresa May and her government have actively sought to sideline Parliament in the Brexit process: it even required legal action initiated by a private citizen to challenge the authority of the British government to invoke Article 50 using prerogative powers, arguing that only Parliament can take away rights that Parliament has granted. Then in July 2018 May manoeuvred to restrict Parliament’s ability to have a ‘meaningful vote’ on the Brexit deal.

Meanwhile, as Brexiteer ultra-extremist MPs with their allies in the tabloid press have dominated the debate with a mixture of unsupported assertions and downright untruths, the cross-party pro-European majority has failed to assert itself.

In part this is because most of them maintain that the vote of the advisory referendum must be respected, even as it becomes apparent that most of the Brexit options would be disastrous for the country.

Outsiders cannot believe that Britain has come to this. Where is the famed British common sense and pragmatism? Britain and its Mother of Parliaments is becoming a laughing-stock in the eyes of the world.

She must now restore her dignity by acting in her own name. The elected representatives of the people must collectively reassert themselves in the interests of the country as a whole.

The government is nowhere near proposing a Brexit solution that can command a majority in Parliament. May’s Chequers deal, even with some tinkering, is unacceptable both to the ‘headbangers’ of the European Research Group and to the EU.

The ‘no deal’ option is being talked up at the same time as it is being talked down. Parliament does not want that to happen, but political disasters can occur through sheer inertia.

So what next? The press speculates about a change of Tory leadership, but that will resolve nothing – the schism in the Tory Party will remain.

Some on the Labour left fantasize about a general election. But the Fixed Term Parliament Act probably precludes that option. And what would it solve? Even in the unlikely event of a Labour government coming to power, the overwhelming Remain views of its MPs would likely be blocked be the intransigence of its leader – a closet Brexiter.

If Parliament is no longer capable of taking a decision perhaps the People will have to – through a People’s Vote. Yet even were Parliament to legislate for this, it would be frustrated by the present government, which, on its past record has shown itself to be contemptuous of Parliament and would use every trick in the book to block its wishes.

The only solution is for pro-EU MPs to reassert themselves. They should forget all the talk of a new party but instead create an ad-hoc informal coalition across Parliament to vote down the present government and form a cross-party temporary government with the sole and limited purpose of arriving at a solution to the Brexit problem by focusing on precise, limited and achievable objectives.

What could these limited objectives be? Here is our proposal:

On other matters MPs would agree to differ. All other government business would be handled on a ‘caretaker’ basis and with the promise of a general election once the work of the temporary coalition government had been completed.

Such a programme would appeal to those MPs who consider that the outcome of the original referendum should be respected at least to the extent of negotiating a Brexit arrangement; it would be readily acceptable to the EU side and would solve the Irish border issue; and it would satisfy the growing majority of ordinary people who believe the whole issue should be put to a People’s Vote.

Which Tory or Labour MPs will be brave enough first to put their heads above the parapet? Anna Soubry, Sir Nicholas Soames and Dominic Grieve have taken a lead in calling for a national unity government, and some Labour MPs are sympathetic to the idea. They will certainly be vilified by the usual culprits. They will be suspended from their party.

They will face death threats, as some MPs have already, and as do many of their fellow parliamentarians in other parts of the world. But they will remain the personally elected representatives of the people and will still have their individual dignity as MPs. They will retain their voice and their seat in Parliament for another three and a half years – by which time the world will certainly have changed.

They will be quietly admired by the people as a whole for their courage and their integrity. They will, indeed, restore dignity to the Mother of Parliaments. And, even if they fail, they will have a place in history and will be able to say to their grandchildren: ‘I did at least try’.