Revoking Article 50 after the ECJ’s ruling 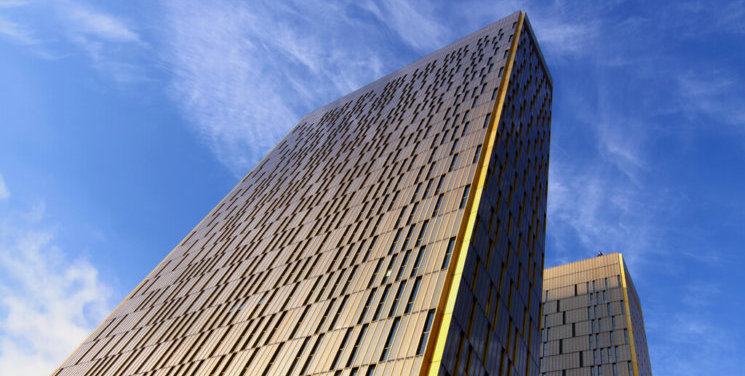 On 10 December 2018, the European Court of Justice (ECJ) ruled that the UK can unilaterally revoke its withdrawal notification made under Article 50 of the Treaty on European Union. This means that the UK can decide to remain in the EU without requiring the consent of the other member states.

This judgment came the day before the expected ‘meaningful vote’ on the government’s Withdrawal Agreement. However, subsequent to the ruling, the Prime Minister deferred the vote to avoid a defeat in the House of Commons.

It is currently unclear when the vote will take place, but irrespective of this, the political and legal implications of the ruling are significant. This analysis will explain the judgment and consider the options open to the UK should it decide to remain in the EU.

The ECJ’s ruling was requested by the Scottish Court of Session on the basis of Wightman, a case brought by Scottish politicians. The politicians wanted to know what options were open to parliamentarians when voting on Brexit-related matters. In particular, they sought clarification on whether the UK could legally decide to change its mind and remain in the EU.

This is uncertain because Article 50 is silent on whether a withdrawal notification can be revoked. The government responded in the Scottish courts by suggesting that the issue was hypothetical so beyond legal determination.

It refused therefore to address the issue of revocability in the ECJ, owing to its continued denial of the admissibility of the legal issue. The Council and Commission joined the case in the ECJ, arguing that Article 50 was revocable only with the consent of the European Council.

On 4 December 2018, the ECJ’s Advocate General gave his opinion that Article 50 is revocable and consequently that the UK could change its mind before any Exit Day. The ECJ agreed with the Advocate General in its ruling, interpreting Article 50 in accordance with the wider EU treaties and their purpose, the origin of Article 50, settled case law, and by analogy to the principles of public international law. It held that revocation, like notification, is an act of state sovereignty and must be possible because no member state can be ejected from the EU against its will.

The ECJ noted that the conditions on any revocation would be the same as those stated in Article 50 for the original notification. First, the decision must be taken in accordance with the member state’s constitutional requirements. Secondly, the decision must be notified to the Council in writing thereafter.

The ECJ also confirmed that, should the UK remain owing to such a revocation, it would be ‘under terms that are unchanged’ (paras 74, 75). This means that the UK could remain in the EU without making any concessions for doing so.

The question arises as to how any decision of the UK to change its mind could be made.

The Advocate General suggested that because the power to trigger Article 50 required parliamentary authorisation, so would the decision to revoke that notification. The ECJ noted only that any decision should made be ‘in accordance with [the UK’s] constitutional requirements and following a democratic process’ (para 67). However, neither the Advocate General nor the ECJ has the power to rule on the UK’s constitutional arrangements.

The UK’s constitution is uncodified and largely unwritten, so its requirements are often subject to debate and disagreement. Hence the process to trigger Article 50 had to be determined by the UK Supreme Court. Indeed, the Court of Session will be required to issue a declarator on how Article 50 can be revoked as the next stage in the Wightman case.

There is no doubt that Parliament would be able to legislate to require the government to untrigger Article 50. Indeed, it may be that a separate Act of Parliament is constitutionally required to revoke the Article 50 notification, according to suggestions advanced previously by Robert Craig and after the ECJ’s ruling by Gavin Phillipson and Alison Young.

However, when Parliament questioned the Brexit Secretary on this matter on 10 December 2018, no requirement for legislation was raised. Instead, the implication of several questions by MPs was that the House could vote to revoke Article 50. The Secretary of State did not comment on whether the government would comply with such an instruction.

Indeed, we have offered the hypothesis elsewhere that there may be implied statutory powers to revoke under the European Union (Notification of Withdrawal) Act 2017, on the basis that the powers granted to the Prime Minister were tied to Article 50.

If that argument were correct, or if an Act of Parliament were not required by other means, the question would become on what grounds the Prime Minister could legitimately revoke the withdrawal notification.

The triggering of Article 50 was precipitated by both a referendum and parliamentary enactment. The ECJ also stressed that a democratic process should be followed if the UK decides to revoke. Therefore it would be at least politically untenable for the Prime Minister to act unilaterally in this regard.

One possibility is that the Prime Minister could be compelled to revoke by a motion in the House of Commons, following the apparent understanding of some MPs on 10 December. Such a motion would be politically rather than legally binding.

The release of the government’s legal advice provides recent precedent for the government being compelled by the House of Commons to act contrary to its wishes.

Alternatively, Parliament could decide that a referendum is preferable before passing any motion. Indeed, there were several MPs who made calls for such a referendum during the debates.

There remains significant uncertainty as to what path the UK will take following any ‘meaningful vote’. What is clear following the ruling, however, is that the option of remaining in the EU is available to the UK. It will be up to MPs to decide how to take this information into account when voting.