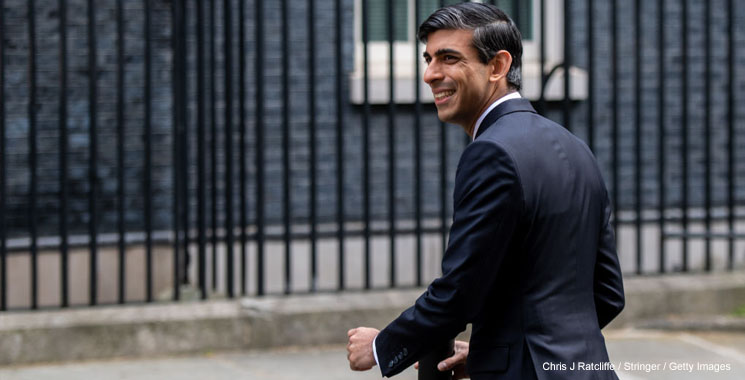 The chancellor’s first budget was almost immediately overshadowed by the unfolding coronavirus crisis.

His £12 billion package was overtaken within days by “whatever it takes”. The Treasury not only promised, but delivered.

Mr Sunak’s star – and profile – has risen as the cash has spilled out of the coffers. Meteors look sluggish in comparison.

Mr Sunak has a difficult balancing act. He needs to start weaning the economy off the expensive life support it has been on since mid-March.

He has made a tentative start as employers start to contribute to the costs of furlough, and employees no longer face the same binary choice between work and government-funded rest.

But more crucially, he needs to judge how to reignite an economy where many people are fearful of the future: frightened of going out despite the many pictures of ministers with pints and new haircuts at the weekend; frightened that the end of furlough means not a return to work but the prospect of prolonged lay-offs as sectors need to adjust to an economy with the threat of the virus reduced but not eliminated.

He is making the statement just weeks after the reopening of “non-essential” retail in England – and just days after the revitalisation of some parts of the UK’s service economy.

However good the Treasury’s real-time information is, they can only guess whether we are in a sharp V-like upswing, a mildly inclining U, which might look more like a Nike swoosh, or in what will turn out to be a W.

His challenge is to judge both mood and measures. Economic policy is — the price of Mr Sunak’s elevation in February when his predecessor walked – now a No 10 and No 11 co-production. No 10 is relentlessly upbeat.

All prime ministers, even Mrs Thatcher, are more inclined to spend than their next-door neighbours – Boris Johnson more than most of his Conservative predecessors.

The most interesting thing about the prime minister’s announcement last week was how modest it was, despite the rhetoric.

Mr Sunak must show he is prepared to nurture and sustain the recovery — and give people confidence that there will be new jobs to replace the ones that are lost long-term to Covid.

He may have some measures to encourage people that this is the time to spend on the worst hit sectors.

More Amazon parcels of imported goods are not the answer to problems of the high street or the battered hospitality sector.

On that he should be able to count on support from No 10. No 10 will want him to make good on the guarantees of apprenticeships for the biggest losers from the crisis — the young people about to enter the labour market who may see a big “not hiring” sign.

No 10 notably omitted net zero from the prime minister’s speech: will Mr Sunak be allowed to add the green lobby to his growing fanbase?

The bigger challenge is whether he is allowed to signal any of the tough decisions to come down the line.

The Treasury knows that while it can borrow cheaply for now, it needs to maintain confidence that it has not lost control of the public finances.

Mr Sunak has already hinted at a tax levelling up between the employed and self-employed — something Philip Hammond tried to do and failed.

He knows he will have to pump more money into social care: will he be allowed to hint at the way we might pay?

Will No 10 allow him to pick at either of the triple locks that made the Conservative manifesto a straitjacket for a chancellor? Neither No 10 or 11 will want to hint at general tax rises yet, but will he move on pensions?

By Jill Rutter, senior research fellow at the UK in a Changing Europe. This piece was originally published by Times Red Box