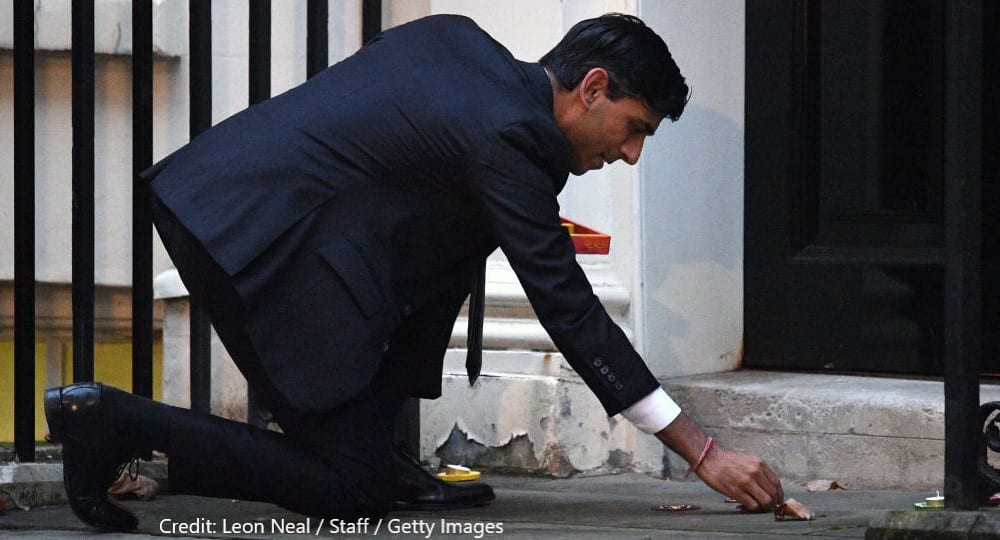 As Hindus celebrated the festival of Diwali this week, Rishi Sunak became the new British Prime Minister. Sunak is a British Asian and a Hindu, proud to practice his faith. As Chancellor, he said that lighting ceremonial candles on the steps of Downing Street was a special moment. Now he will do so as PM.

How much does it matter? Most of the public say, quite rightly, that the ethnicity and faith of the Prime Minister are not relevant to their ability to do the job. So most of the British public will judge him by those tests that they would apply to any Prime Minister – and which have been failed so badly of late. Rishi Sunak’s daunting task is to show he can get a grip on the chaos in Westminster, sort out the public finances and restore some measure of integrity and trust to politics.

But we should not underestimate this important social change. It is only in the last five to ten years that we have seen ethnic diversity become a ‘new normal’ at the top of British politics across the parties.

Britain had an ethnic minority Prime Minister in Benjamin Disraeli, of Jewish heritage, a century and a half ago. Disraeli converted to Christianity aged thirteen, reflecting the strong pressure to assimilate in the 19th century if those of Jewish heritage wanted to pursue a professional career or enter public life. He identified with his Jewish background and faced anti-Semitic prejudice. Sunak will be the first Prime Minister who practises a minority faith – something that has generated much less comment in Britain than it would in America.

We may have become used to having ethnic minority Chancellors and Home Secretaries in the last few years, but this is a very recent development. When Rishi Sunak was born in Southampton in 1980, there had been no Asian or Black MPs at all in the post-war era. There were still no black or Asian Conservative MPs when he graduated from university in 2001. There had never been a British Asian Cabinet minister until Sayeeda Warsi in 2010 (from the House of Lords) and Sajid Javid, who became the first Asian MP to join the Cabinet in 2014.

Sunak’s personal achievement will be a source of pride to many British Asians, including many who do not share his Conservative politics or his economic policies. It is true that his is a story of upward social and professional mobility that perhaps lacks some of the romance of the ‘son of a bus driver’ journeys of his former Cabinet colleague Javid or Mayor of London Sadiq Khan. It starts in the professional middle classes for the son of a GP and a pharmacist, whose schooling at Winchester College was a platform for professional success and personal wealth in hedge funds, before a love marriage into India’s billionaire classes.

Sunak will therefore be the richest prime minister, at least since the Earl of Rosebery in 1895, who had married a Rothschild. He will also be the first to acknowledge that not everybody has enjoyed his advantages in life. That Sunak can reach Number 10 Downing Street does not make Britain a perfect meritocracy. But the sense that this reflects a broader social change is especially meaningful to the first generation of migrants ­– those like my father, who came to this country in 1968 when the political debate was dominated by the calls from Enoch Powell to ‘send them back’. That Rishi Sunak is set to be Prime Minister during the Coronation of King Charles III next Spring – and the 75th anniversary of the Windrush a month later – tells an important story about social change in Britain over the generations.

This is a different kind of moment from Barack Obama’s election as President of the United States, which the candidate and the country consciously saw as a watershed.

Sunak has been selected by his MPs without even a party membership vote and most of the public think a General Election should follow. But it is not necessary to share Sunak’s Conservative politics or his economic views to see this as a positive sign that public service in the highest office in Britain can be open to those of all faiths and none.

Rishi Sunak faces a daunting challenge as Prime Minister. While there is more to do for equal opportunity in Britain, his appointment to the top job in British politics does mark one hopeful sign of progress against the prejudices of the past. It is social class and education that remain more significant barriers than ethnicity and faith today.