Rock-paper-scissors in the EU referendum 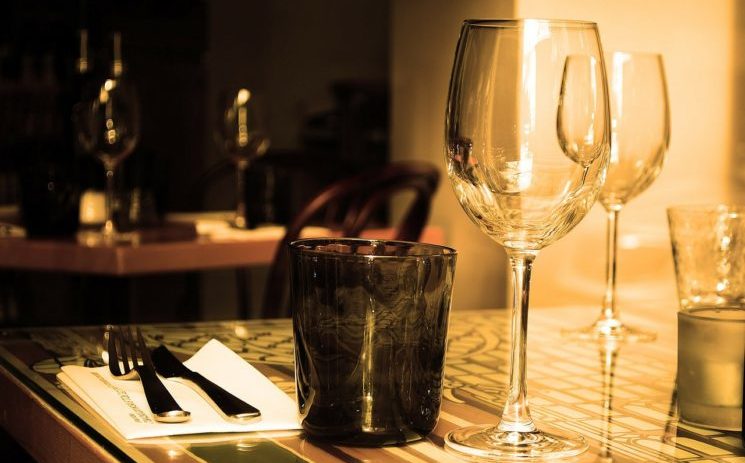 Do you prefer wine to whisky, but whisky to beer; and, perhaps, beer to wine?  If so, you have intransitive preferences (that is, preferring A to B and B to C does not mean you necessarily prefer A to C. Rock beats scissors beats paper beats rock!). In fact. when it comes to drinking this isn’t really a problem, at least in my experience – context matters – but it is more of an issue with politics and policy. If you said that you preferred David Cameron as PM to Boris Johnson, and Johnson to Jeremy Corbyn, but Corbyn to Cameron, we might conclude that you were more than a little inconsistent.

Normally this situation doesn’t bother us much in our Parliamentary democracy. We elect MPs; the party that gets a majority forms a government, and the government decides between A, B and C. This system may have its own issues, but the paradox either never arises or is at least obscured.  But this need not be true of referenda, particularly if it turns out that the subject of the referendum isn’t really a binary choice.

And so it would appear for this one. It has been increasingly clear that there are not two, but three choices in this referendum.  Remain in the EU; Leave, and seek to “make our own way in the world”, by negotiating bilateral trade agreements not only with the remaining EU, but with third countries; or Leave, but seek, at least for an interim period, to recreate a large part of the preferential trading arrangements we currently have with the EU, most obviously by joining the European Economic Area. This last is sometimes referred to as the Norway option (or, by its proponents, Flexcit). A clear description of how it might work is here.

Now there are lots of complications here. But for these purposes the only things that really matter (certainly as far as the vast majority of the electorate is concerned) is that what I will call the “straight Leave” option means both that the UK would no longer be part of the Single Market and that we would no longer have free movement with the rest of the EU; while the Norway option would mean that we would retain both.

The proponents of Brexit, and in particular the Vote Leave campaign, had to choose; which Leave option would they advocate?  And they faced a dilemma; as my colleague Matt Goodwinhas repeatedly emphasised, the risk to the economy from leaving the EU (and excluding ourselves from  the Single Market) is by far Remain’s strongest argument; adopting the Norway option might reduce the perceived risk and hence the potency of this issue. But, and ultimately more importantly, immigration and free movement are Leave’s trump cards. They have concluded that by adopting the Norway option, or even allowing it to remain on the table, they would be ruling out the only strategy that gives them any chance of success: concentrating almost all their fire on immigration in the last few weeks of the campaign.

Now suppose they are right, and that, in a straight fight, the electorate do indeed prefer “strong Leave” to “Remain”. What happens next? This is where the Condorcet Paradox comes in.  In this case, it would be up to Parliament (with, quite possibly, a new Prime Minister and other Ministers) to implement Leave.  While Parliament and the government would obviously and rightly be bound by the referendum to negotiate the UK’s exit from the EU, they wouldn’t be bound by anything that Vote Leave had said about how that should be done.  With the likelihood of at least some turbulence in financial markets – and, more seriously, with strong pressure from business to resolve the situation in the least destabilising way possible – economic arguments, as well as those of practicality, will come to the fore again.

So, at this point, the Norway option for Leave re-emerges; and, as James Landale reportstoday, “pro-Remain MPs are considering using their Commons majority to keep Britain inside the EU single market”. Would this be defying the will of the electorate? Not obviously; there would likely to be majority support for such a move. Given a decision to Leave, a majority of electorate would probably prefer the Norway option to “straight Leave” (presumably almost all of those who voted Remain, as well as some of those, albeit a minority, who voted Leave). So there would be nothing obviously anti-democratic about Parliament and Whitehall proceeding on this basis.

But the irony, of course, is that given a straight choice – which, in this scenario, they wouldn’t have had – a majority of the electorate would probably have preferred Remain to the Norway option; indeed, the considerable polling evidence that they couldn’t win on the basis of the Norway option is precisely why Vote Leave chose to rule it out and to focus the campaign on immigration.  So the Condorcet cycle is closed; no option is strictly preferred to both the others; and whichever we choose, there’s an alternative preferred by a majority of the electorate.

Where would that leave us? Well, I’ve speculated enough already. But I think there are three key conclusions from this.  First, when you’ve got more than two choices, referenda may not be as democratic as they seem. We could easily end up in a place which neither of the campaigns was arguing for.  Second, and for obvious reasons, this could be a recipe for continued instability. We may find that, wherever we end up, a majority of us still feel dissatisfied. And finally – a point I’ve made before – that this might be the wrong time to have a referendum; if we’d waited, perhaps we’d have been presented with a genuine clear-cut choice.

Written by Jonathan Portes, Senior Fellow at The UK in a Changing Europe and Principal Research Fellow at the National Institute of Economic and Social Research where it was originally published.