Role of European court will be thorny issue in Brexit talks 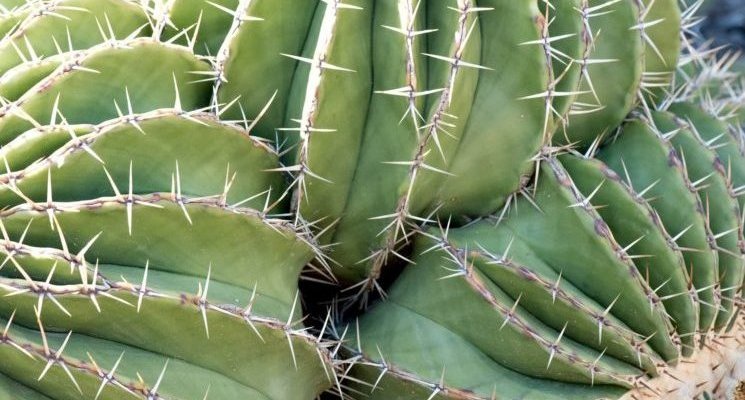 The phony war is over. On Monday, David Davis sat down with the EU’s chief Brexit negotiator, Michel Barnier. In the year since the UK voted to leave the European Union, an awful lot has happened. A Conservative Party leadership contest, a lengthy legal and political dispute before the UK sent the formal notification of withdrawal under Article 50, and now a general election, the result of which has upended British politics yet again. But there have not actually been any formal discussions at all between the UK and the rest of the European Union. So far, the two sides have been largely talking past each other.

That will now change. The very first item on the agenda will be the status of EU citizens resident in the UK, and UK citizens living elsewhere in the EU – something which affects the lives and futures of millions of people. So what is likely to happen?

The EU has now put forward a detailed set of proposals, which would broadly preserve all their current and future rights under EU law – on a reciprocal basis, so this would cover both EU citizens here and Brits in Europe. Ironically, this was precisely what Boris Johnson and other Leavers promised before the vote. But there are some key points in the EU proposals which are quite difficult for the UK government to accept.

First, they would preserve indefinitely the current position where EU citizens living here have, in some respects, more rights than us Brits. Thanks to Theresa May’s determination when home secretary to reduce immigration by any means necessary, if you’re a Brit and fall in love with and marry a Brazilian, you’ll have to jump through a number of hoops if you want to live in London. If you’re low paid or in insecure work, forget it. But if you’re French or Bulgarian, and want to live in Birmingham with your Eritrean spouse, there is no income test.

Now it may be difficult for the UK government to sell a deal whereby, even after Brexit, this apparent anomaly continues. But it’s not clear the EU will give ground on this. EU27 citizens who moved here did so on the basis of the law as it now stands; they have a reasonable expectation, reinforced by the statement made by Vote Leave, that those rights should not be taken away.

And from the point of view of the rest of the EU, it’s not their problem that the UK government chooses to treat its own citizens this way. The UK could easily solve it by “levelling up”, that is restoring the rights Theresa May took away from us. Don’t hold your breath.

But this is probably not the biggest stumbling block. The most provocative part of the EU position is the insistence that the rights of EU citizens living here after Brexit (and indeed Brits elsewhere in the EU) are ultimately subject to the jurisdiction of the European Court of Justice.

That wouldn’t matter much day to day – just as now, the rules would be written into British law and enforced by British courts – but it means that ultimately, if there was a dispute about how the UK government was implementing the agreement, it would be the ECJ’s decision that would be final. It would also mean parliament could not change the law in these areas.

The UK’s position on this is that a continuing role for the ECJ in domestic British law is unacceptable, so this will be a very tough sell. But again the EU’s position is understandable from their perspective. The technical provisions of the deal, relating not just to residence, but to social security, pensions and access to services, will be extremely complex, and legal disputes are inevitable.

Given the way the Home Office has treated EU citizens seeking to establish their rights to permanent residence, why should the governments of the EU27 trust us to be the ultimate arbiter?

So is a deal possible? The good news is that both sides genuinely want one. But both will need to make concessions. In particular, the UK will have to accept that it will either have to alter its own immigration policy – a development many would welcome – or continue “special treatment” for EU citizens, at least in some respects, for some time after Brexit.

And the EU will need to recognise that while it’s reasonable to require that EU citizens here have recourse to an independent tribunal that can override the UK courts, that cannot be the ECJ. Again the UK will need to make the first move: the ball is in our court.

An even bigger test will come when it comes to the financial settlement, or “divorce bill”. Again, the EU has set out a detailed set of principles for calculating the settlement, albeit not an actual number. Here the two sides are likely to be very far apart at first; no big surprise in a negotiation about money.

But how to respond will be a big political test for the UK government, already weakened and boxed in by the election result. Too generous an offer would risk a domestic backlash; too hard a line risks giving the EU the impression we are simply not interested in a deal.

So the next few months will be absolutely crucial. The UK government needs to grasp the nettle and put detailed, specific proposals on the table. If it is prepared to risk a domestic backlash from those who, against all the evidence, still believe that we can dictate the terms of this negotiation, then we could be pleasantly surprised.

Good progress on these two issues would generate a sense of momentum and goodwill that could have knock-on benefits for the even more complex and important negotiations about future trading arrangements. If they are not able and willing, however, then the result will be stalemate or worse. Then we’d soon see just how bad a deal “no deal” might be.

By Jonathan Portes, senior fellow at The UK in a Changing Europe and professor of economics and public policy at King’s College. This piece originally featured in Times Red Box.