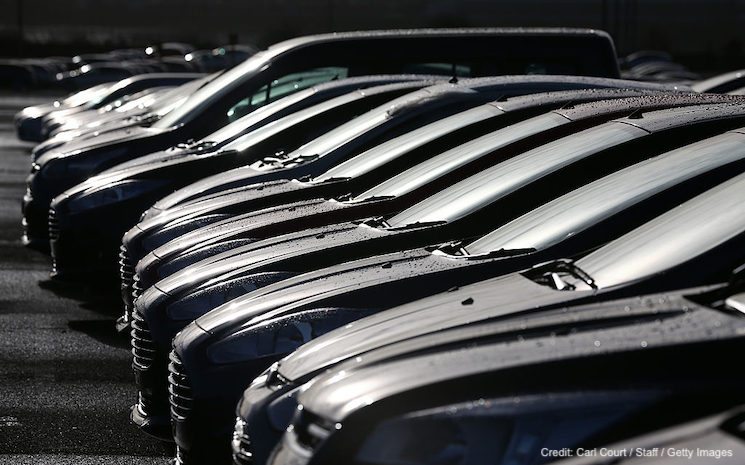 The European Automobile Manufacturers’ Association (ACEA) has called on the EU to adopt a less restrictive stance on UK auto firms’ access to the EU market, pressing it to ‘reconsider its position’ on the rules of origin that will be used to decide whether goods will qualify for tariff-free trade.

As highlighted recently by the Financial Times, ACEA’s stance signals how some key EU industries are concerned about the possible impact of the EU’s approach to the negotiations.

In particular, ACEA has requested that the EU reduces the percentage of components in a car that must be either European or British for the vehicle to qualify for the benefits of any EU-UK trade deal.

Rules of origin are critical in industries like automotive where an assembled car might be made up from as many as 30,000 ‘bits’.

A Toyota Corolla assembled at Burnaston may have a Union Flag sticker in the window, but given that parts are imported from Germany, France, Italy and Japan (amongst others), what ‘nationality’ is the car?

That’s where rules of origin come in – they’re used to decide whether a product assembled in a country should be counted as a product from that country or as an imported product.

The UK asked for a ‘cumulation’ agreement that would allow auto firms to count all EU and UK content as local, as well as lots of content from other countries with which Britain and Brussels both had trade deals — like Japan.

The EU is open to the former but is taking a more narrow approach on how much non-UK/EU content can be allowed in cars. Behind this is a long running concern in some European countries over the UK being a centre for assembling cars using components coming from the Far East.

In a draft annexe to the trade deal under discussion, Brussels has – as expected – stuck to its traditional line in trade deals that there should be 55% ‘local’ content (that is UK and EU content) to qualify for free trade status.

This limits content from outside the UK and EU to 45%; the UK wants this to be as high as 50% and ACEA supports this approach, arguing that the big changes coming in the UK industry – towards Autonomous, Connected and Electric (ACE) cars – means that firms will have to source key technologies globally.

Another big issue for the auto industry raised by ACEA is on rules of origin for Battery Electric Vehicles (BEVs). The UK has requested special arrangements for BEVs whereby 70% of parts could come from non-UK and EU sources with only 30% ‘local’ content.

This looks set to be rejected by the EU, with the latter sticking to its usual 55% local content figure.

Furthermore, the EU’s proposals aim to completely end the use of batteries made outside the UK/EU from 2027 onwards if the end-product cars are to qualify for tariff-free trade between the UK and EU, with the draft annexe stating that ‘a strong, stable and predictable battery supply is of strategic importance for the long term competitiveness of the EU automotive sector.’ From 2024 the non-UK/EU content of battery packs and cells would fall under the EU proposals.

Sam Lowe has raised a number of issues on this, arguing that the ‘EU wants to use the EU-UK trade deal to help on-shore an electric vehicle supply chain. But this heavy handed approach risks undermining its claim to be a world leader on climate change and green technologies’.

He argues that BEVs will struggle because of the rules of origin requirement being 55% – his point being that this is too high a threshold for BEVs to clear, because the battery of an EV accounts for a big chunk of the car’s final value.

This is correct but is becoming much less of an issue as battery costs fall rapidly; the battery share of final BEV value has fallen in the last few years from over a half to around a third. Battery costs are likely to fall by around another third by 2024, according to recent projections.

Lowe points to McKinsey estimates that in 2018 only one percent of EV batteries was supplied by European companies, with 97% being supplied by companies in China, Japan and South Korea.

This was correct for 2018 but doesn’t take into account the massive scale of investment now going into battery ‘gigafactories’ currently across the EU (in stark contrast with the UK position).

Gigafactory plants have been announced or are actually being built by the likes of Samsung SDI (Hungary), LG Chem (Poland) and Northvolt (Sweden) and Autovista (France).

As the Faraday Institution notes, based on current plans alone, battery manufacturing capacity in the major centres in continental Europe will reach 130 GWh per year in six years’ time (hence the 2027 EU target).

And to push this along EU countries are doing much more in policy terms (all within the confines of EU state aid rules) than the UK to attract such investment.

To support a pivot away from diesel technology Germany has a €1 billion federal support programme for EV battery production along, while in Poland and Hungary, special economic zones have been set up offering tax relief for EV production.

Perhaps Rishi Sunak’s much touted free trade zones might do something similar in the UK?

I’m not taking issue with Lowe’s analysis of the suggested rules – he is right in noting that from 2027 the majority of the battery supply chain will need to be located within the EU or UK. And I would concur that the EU and UK should build in a review clause to assess whether the UK and EU auto industry can comply with any rule tightening.

Similarly, the EU should indeed review and update existing trade agreements to make sure BEVs are not put at a disadvantage.

However, where I take a rather different view is on his assertion that the EU’s industry is nowhere near being close to deliver an entire domestic battery supply chain by 2027 and that the ‘EU seems to want to move faster than its own industry can manage’.

Massive investment is in fact going into battery production in the EU which will be on stream by 2026. In addition the actual costs of batteries is falling dramatically as the industry scales up and learns-by-doing, so this becomes less of a critical issue in terms of meeting rules of origin.

While there is a tentative proposal from BritishVolt to build a battery gigafactory in the UK, the UK is lagging badly behind the EU in this area.

Without a major effort to reorientate the auto supply change, UK car assembly will be increasingly dependent on imported components from the EU to meet rules of origin rules going forward.

David Bailey, senior fellow at The UK in a Changing Europe and is Professor of Business Economics at Birmingham Business School.