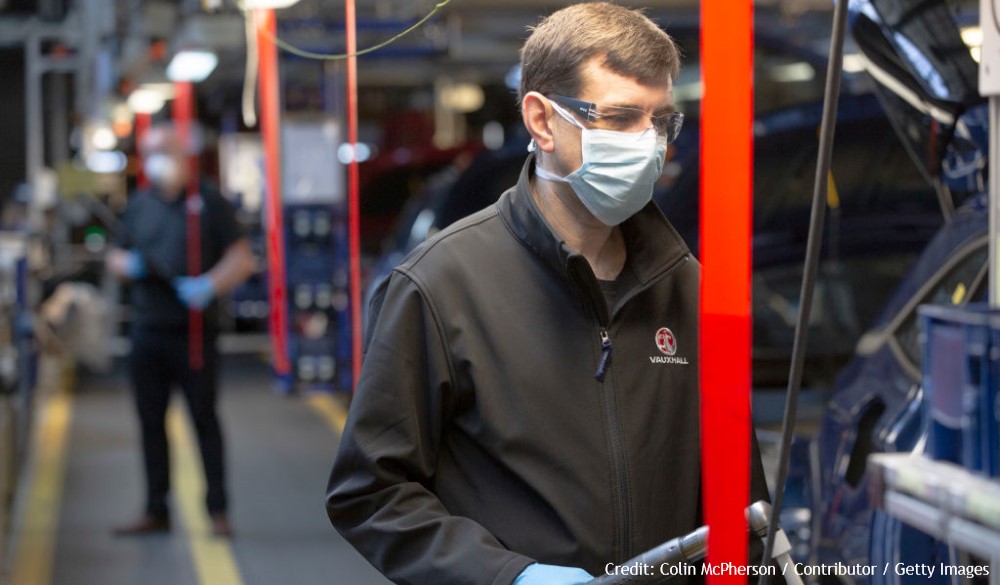 Some UK based auto assemblers – especially Japanese ones – could end up facing export tariffs with or without an EU trade deal.

That’s the stark situation facing some parts of the auto industry after the EU (rather unsurprisingly) rejected a British argument that components from Japan used in assembling cars in the UK should be considered as British.

A recent letter from the UK’s Brexit negotiator, Lord Frost, to the Society of Manufacturers and Traders (SMMT) states that this idea has been rejected in trade talks: ‘the Commission has made clear that it will not agree third-country cumulation in any circumstances, which we regret, but obviously cannot insist upon’.

Frost is thought to have also told the SMMT that the EU has rejected the UK’s request for electric cars and batteries to be treated leniently under the rules of origin system if the majority of components come from elsewhere.

In today’s world of complicated products (a car might be made up from as many as 30,000 ‘bits’) with extended supply chains crossing borders many times, components are often made in a number of different countries before being assembled into the final end product.

As a result, it’s not so easy to work out where the bulk of the value has been added, and hence where the end product has really been ‘made’.

A Toyota Corolla assembled at Burnaston may have a Union Flag sticker in the window, but given that parts are imported from Germany, France, Italy and Japan (amongst other countries), what ‘nationality’ is the car?

That‘s where ‘Rules of Origin’ come in. Such rules are used to decide whether a product assembled in a country should be counted as a product from that country, or as an imported product.

So, even if the UK and the EU were to sign a free trade agreement, much of the UK car industry would not benefit, as it would not meet the rules of origin requirements.

So if the UK and the EU sign a free trade agreement that allows UK goods to be exported tariff-free to the EU, then to qualify for this UK goods would have to contain a certain percentage of ‘local content’ (in many trade deals this is 55-60%).

The same would likely be the case for EU goods being exported to the UK – a certain level of ‘local content’ from the EU would be required.

Typically, just 20-25% of the overall value of cars produced in the UK originates from the UK – the rest are imported parts. And for much of the UK car industry, around three quarters of those imported components come from the EU and Turkey.

So, even if the UK and the EU were to sign a free trade agreement, much of the UK car industry would not benefit, as it would not meet the rules of origin requirements. In theory, this could incentivise UK car manufacturers to source more parts from UK suppliers.

However, many imported parts are from specialised producers abroad and cannot be sourced easily from within the UK, and certainly not very quickly.

One way to solve this would be to negotiate a cumulation agreement in which EU-imported parts used by a UK producer would count as UK parts for the purposes of rules of origin requirements.

The arrangement would be reciprocal with EU firms that import parts from the UK counting them as EU parts, when they are exported as final products to the UK.

So a key issue will be whether the UK and EU agree to ‘national cumulation’ whereby UK and EU components can be counted together to meet local content rules and thus allow cars to qualify for free trade status.

But that still leaves the third country issue, where parts are being imported from Japan to the UK and then assembled here by the likes of Honda, Nissan and Toyota.

All three have traditionally imported high-value components from Japan. We saw this in the wake of the Japanese earthquake and tsunami in 2011, where the supply of some components dried up and Japanese assemblers in UK, like Honda, had to shut down for weeks.

Honda is to leave the UK next year so won’t be too bothered, and Nissan is better able to ‘second source’ components in the EU via its alliance with Renault – so this is ultimately really a concern for Toyota, which imports much of its hybrid technology from Japan.

So even if a deal is struck between the EU and the UK allowing zero tariffs on exports from Britain, and there is national cumulation, Toyota might still come a cropper on some models given its reliance on Japanese hybrid technology, and hence face a 10% tariff on exports to the EU.

More broadly, according to the Nikkei newspaper, Toyota and Nissan appear to be asking the UK government to reimburse them for tariffs if the UK government fails to reach a trade deal with the EU (or perhaps if they fail to qualify for it).

The report also highlights how Japanese firms in the UK may re-evaluate the viability of their UK operations in the event of no trade deal and tariffs, as well as customs checks and regulations that slow down supply chain and operations.

With Nissan and Toyota’s profit margins on UK auto assembly thought to be just a few percentage points, it would be almost impossible for them to absorb a rise in tariffs by cutting costs: ‘if an increase in tariffs is reflected in prices, the Japanese carmakers will become less competitive in the EU market and make it difficult to continue doing business in the UK’ the report notes.

This isn’t new. Toyota hinted back in March 2019 that it could leave the UK in the event of 10% tariffs, and while Nissan’s decision to assemble the next generation Qashqai model at Sunderland has allayed immediate fears over the plant’s future, the firm continues to warn that no trade deal would leave its European business model unviable.

But it’s difficult to see how the British government would or could compensate for tariffs in the event of no trade deal. The cost would be very significant, provoke calls for support from other sectors and may lead to complaints from other countries under WTO rules.

A no trade deal scenario is seen as very damaging by the industry, but isn’t the industry’s only concern. It is worried also about the implications of the sort of deal Johnson envisages on the sustainability of their operations in the UK.

That in turn is likely to lead to calls for support. And as we have noted before, this would require something of a ‘policy reset’ moment on the part of government when it comes to industry and industrial policy.

By David Bailey, senior fellow at the UK in a Changing Europe and professor of Business Economics at Birmingham Business School.