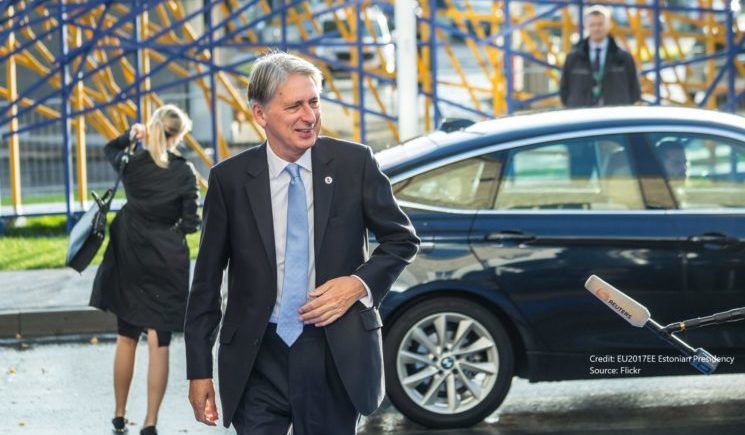 Going it alone is rarely as easy as we think. That’s almost certainly true as far as a no-deal Brexit is concerned.

But it’s also something that needs to be borne in mind by the MPs who were kicked out of the Conservative party for trying to block Boris Johnson from taking the UK out of the EU by October 31 without a deal.

That’s especially true if they intend to stand as independents at the next general election.

Some of the Tory rebels, including Ken Clarke, Justine Greening and Oliver Letwin, say they plan to stand down, and several others — Sam Gyimah, Philip Lee and Sarah Wollaston — have joined the Liberal Democrats.

But David Gauke, the former justice secretary, said on Tuesday that he is considering an independent run, as are Rory Stewart and maybe even Philip Hammond, who served as chancellor under the former prime minister, Theresa May.

Over the past 45 years, fewer than half a dozen people have run as independents and won.

Among them are BBC journalist Martin Bell, was given a clear run when Labour and the Liberal Democrats withdrew their candidates to let him take on Tory Neil Hamilton on an anti-corruption ticket in Tatton in 1997.

In 2001, a doctor, Richard Taylor fought and won Wyre Forest to save his local hospital and was re-elected in 2005.

That same year, Peter Law left the Labour party over its decision to introduce an all-women shortlist in Blaenau Gwent and won the seat.

There’s a reason for that.

Without their support then, baby, it’s cold outside.

First of all, any candidate standing as an independent will have to get his or her head around the legal framework.

Laws like the General Data Protection Regulation impose detailed requirements on candidates, but those affiliated with big parties can rely on HQ to train and supply local agents and organisers to ensure they don’t fall foul of the law.

Without that support, independent candidates will struggle.

As any seasoned campaigner will attest, winning a modern election is all about data — knowing where your potential supporters are so that you can target them in the run-up to the election and get them to the polling station on the day.

Parties already have this information, and are busy revising and supplementing it as we speak.

Independent candidates, however, will have to start from scratch, and GDPR means that they can’t expect anyone else to share voter data with them.

Nor, if they are an MP, can they use any of the data on constituents, such as home and email addresses, gathered in that capacity.

But let’s assume, for the sake of argument, that the former Tory MPs can work out where all their supporters live.

How will they muster the boots on the ground needed to leaflet all those letterboxes and knock on all those doors?

It won’t be easy to persuade Conservative party activists to work for them.

Membership surveys carried out for our new book clearly show that those activists are likely to feel pretty committed to their local associations and even more committed to Brexit — deal or no deal.

Couldn’t an independent candidate simply make up for the lack of volunteers with paid labour? Well, no.

Candidates are only allowed to spend around £15,000 on their constituency campaigns — a limit that is carefully audited.

Parties get around this by using the tens of millions of pounds they are permitted to spend nationally to promote their causes in ways that will resonate in particular constituencies.

But if you have no party, you have no tens of millions, leaving you at a serious disadvantage.

And that doesn’t touch on what, even in the internet era, is still the most powerful means to get your message across — television.

Parties are entitled to fair coverage and, in many cases, free party political broadcasts.

Representatives of the biggest outfits are also invited to participate in nationwide TV debates. Independent candidates receive none of this.

That means that for those Tories cast aside by their parties and now thinking of standing as independents, their political life — to borrow from Thomas Hobbes — could well be “solitary, poor, nasty, brutish, and short”.

Miracles and upsets do happen.

But history suggests that even a big beast like Mr Hammond — should he eventually decide to go it alone — is likely to end up with a vote-share nearer the 0.4 per cent that Lord Buckethead took when he stood against Mrs May in 2017 than the 60.9 per cent share Mr Hammond racked up last time around.

By Tim Bale, Deputy Director at the UK in a Changing Europe and Professor of Politics at Queen Mary University of London. This article was originally published by the Financial Times.