What does the Rutnam settlement mean for the civil service? 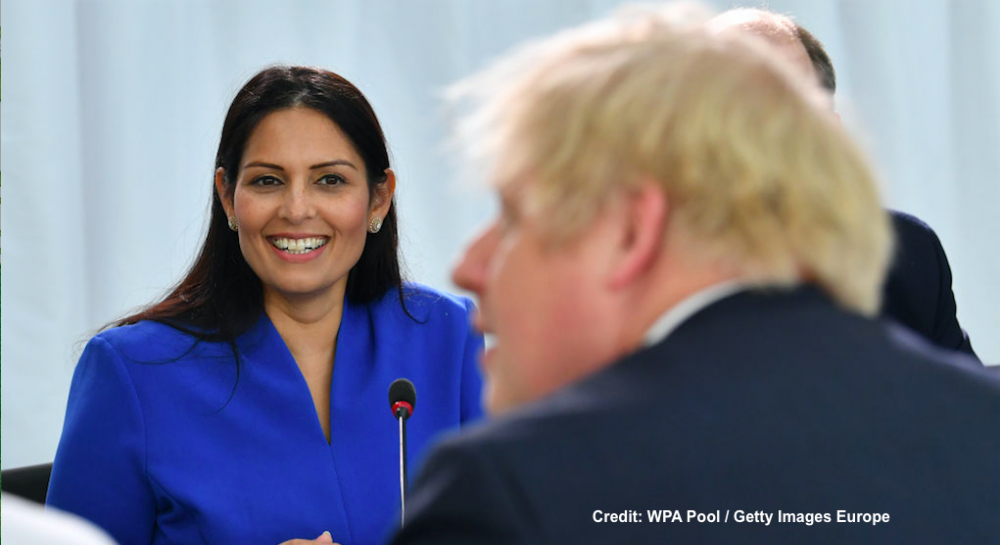 The year-long Philip Rutnam saga, which started with his dramatic accusations about the home secretary’s bullying and briefing, fizzled out last week with the news that the two sides had agreed a settlement. A big cash sum, but no formal admission of liability from the Home Office. No comment from Priti Patel’s former permanent secretary.

This may be in the best interests of both parties. But many people – and not just the massed array of journalists who would have hung on every word – will be annoyed at being denied the prospect of the ultimate court showdown between Patel and Rutnam.

The government has deemed it value for money to make a payout to avoid a case that would have taken the lid off tensions inside one of the most important government departments.

Civil servants, who may have fumed quietly when the prime minister ignored calls in November to dismiss Patel, after the prime minister’s own adviser on ministerial standards advised that her behaviour could be deemed to have “been in breach of the ministerial code, even if unintentionally”, will be frustrated that the government has moved to shield her from whatever evidence Rutnam would have exposed.

The taxpayer can feel justifiably miffed that yet again they have had to bail the government out of their HR problems: in November, Sonia Khan, a special adviser unceremoniously sacked by Dominic Cummings received a substantial payoff ahead of an employment tribunal claim.

In the past year, we have also seen the cabinet secretary, Mark Sedwill, leave his post following tensions with Boris Johnson’s aides and briefing against him, and the permanent secretary in the Department for Education was forced to step down over the summer exams debacle, which many saw as intended to save the skin of Gavin Williamson.

These premature exits are often accompanied by silence, so the public is denied the knowledge of what actually happened. It doesn’t require too much imagination to think that, whoever’s interest is being served by these shabby deals, it isn’t the public’s.

Cummings was once said to have threatened a “hard rain” would fall on complacent civil servants. Does this settlement mean the hard rain has finally stopped?

There are some signs this may be true. Although 2020 saw a long roll call of civil service exits, the replacements were crashingly conventional. Rutnam himself was swiftly replaced by a long serving diplomat, Matthew Rycroft, moved up from running the soon-to-be-dispatched Department for International Development (DfID).

Simon McDonald, at the Foreign Office, was told to let someone else manage its takeover of DfID – but was replaced by our recently appointed high commissioner to India, Philip Barton. When Mark Sedwill was pushed aside as cabinet secretary, his replacement, Simon Case, was notable for his youth, not his background.

And even the eyebrow-raising appointment of diplomat turned spad David Frost as national security adviser was reversed and the former permanent secretary at the Ministry of Defence was elevated in his place.

Most notably, the government recently offered another five-year term to Tom Scholar at the Treasury, who this time last year was on the same “hitlist” as Rutnam, McDonald and Sedwill. He is the Catherine Parr to their Boleyn, Howard and Cleves at the court of King Boris.

While tensions appear to have calmed with the demise of Cummings, the civil service may still be suffering from post-traumatic stress. There is more collateral damage from the Rutnam affair. The Cabinet Office investigation the prime minister ordered into Patel’s behaviour has led to two departures.

Alex Allan resigned his post as the prime minister’s adviser on ministerial standards over Johnson’s refusal to accept his verdict on Patel. He has not been replaced. The top civil servant who conducted the inquiry has moved out rather than up.

Helen MacNamara, head of propriety and ethics, has left to work for the football Premier League. She reportedly fought a long battle to get her Patel report published and provoked ire for her unwillingness to let the taxpayer fund the prime minister’s new decor.

The risk from these experiences is that civil servants take the message that standing up to ministers over behaviour, extravagance or rule breaking is not a well appreciated protection from potential scandal but a career black mark at best, a career suicide note at worst.

That is dangerous territory, as the government flirts with impropriety over procurement practices, appointments and spending allocations. The civil service needs to be able to challenge without having to fear the personal consequences.

There is a danger, too, if decisions about the future of the civil service are seen as driven by politics not principle. The abolition of the departments of Exiting the EU and International Development were announced with minimal advance warning to staff.

In the location battle within the Treasury, the chancellor seems to have won out over his officials with his decision to send them to Darlington. The risk is that too much of the government’s reform programme is seen instead as revenge on a civil service that the prime minister’s new deputy chief of staff called “aloof”.

The Rutnam case with the Home Office may have been settled. But there is still a lot of work needed to rebuild the damage of the last year to relations between ministers and their civil servants.

By Jill Rutter, Senior Research Fellow at UK in a Changing Europe. This piece originally appeared in The Guardian.