SAGE should be transparent 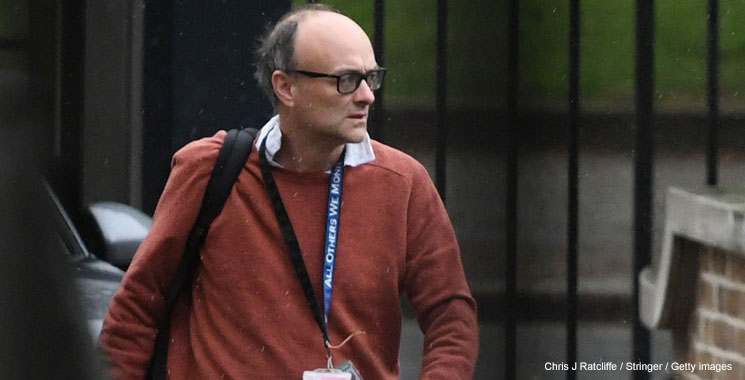 First came the accusation of absence: that the Prime Minister was asleep on the job at the start of the outbreak, holed up at Chequers when he let Matt Hancock chair five successive Covid-19 COBRA meetings.

He only took the wheel in the first week of March. No 10 protested—a bit too much—that PMs don’t always chair COBRAs. True—but if something is worth five COBRAs, it may well be worth the PM ducking his head in to check it’s all under control.

Second came the accusation of presence: that Dominic Cummings and another No. 10 adviser sat in on meetings of SAGE (the Scientific Advisory Group for Emergencies). That matters because SAGE is supposed to be an expert group, giving independent scientific advice to government.

It matters even more because the government’s mantra throughout the crisis has been that it is simply ‘following the science’—but ‘the science’ was clearly giving changing answers through the critical period in March.

The fear, of course, is that the intimidating presence of Cummings might have led the scientists to give the government more palatable and convenient advice than if they were allowed to deliberate Dom-free.

Cummings’s presence has sparked a heated debate. Former government chief scientific adviser David King made clear that he would not have allowed it to happen in his day.

Others have suggested it is inconsistent with the 2010 principles of scientific advice to government, which were drawn up after Labour home secretary Alan Johnson sacked the chair of the Advisory Committee on the Misuse of Drugs for his comments comparing the dangers of ecstasy to the dangers of horse riding.

Those principles assert that scientific advice should be ‘free from political interference.’

Others, including former cabinet ministers like David Gauke (not a notable Cummings fan) and Damian Green, Theresa May’s former deputy who also worked in the No 10 Policy Unit, have suggested that this is nothing to get fussed about.

One of the key roles of people working on policy in No. 10 is to go to meetings, to understand what is going on—to ‘observe,’ yes, but also to ask some questions and probe.

After all, you will be one of the people advising the Prime Minister on the ultimate decision—which is taken by politicians, not scientists.

Being in the room to listen to the toing and froing, before you take receipt of the ‘synthesis’ of the meeting in the shape of the formal advice, is incredibly helpful.

At a time when decisions are being taken on a compressed timetable, and ‘the science’ looms large, why wouldn’t it make sense to have people in the room?

There is a case to be made on either side. We will only know what really happened when the public inquiry puts not just Cummings, but Chief Medical Officer Chris Whitty and Chief Scientific Adviser Patrick Vallance on the witness stand.

Much of the current concern is not about an adviser being there but that adviser being there. Not because he is a self-declared science geek but because Cummings is ruthless, intimidating and seen as completely untrustworthy by many of the government’s opponents.

But if Cummings exercised undue influence that would reveal much more fundamental flaws in government decision making.

First, it would show that the PM and the cabinet prized convenient advice over the best advice and didn’t want their advisers to be honest with them.

Many people would think that their behaviour over Brexit (and scepticism about this government’s Brexit approach is never far away) shows that this is indeed their standard operating model.

That is much more worrying than Cummings’s presence or absence from a meeting. It is a stupid way to approach dealing with a deadly virus.

Second, it would show that our belief in the integrity of the chief medical officer and chief scientific adviser is misplaced. These are different to normal civil service positions. They have more freedom than others to speak publicly. They are recruited for their ability to give the best advice to ministers.

Both are eminently employable outside government. If they thought Cummings’s presence prevented them from doing their jobs and affected their advice, they should have objected.

Third, the outsiders on SAGE could have spoken up. It has been suggested that the dependence of many scientists on public money is a reason they stayed schtum. That is more worrying than Cummings’s presence at a meeting and must be addressed urgently.

But the observers included figures from the devolved governments, as their own chief medical officers confirmed to Parliament last Friday. Would Nicola Sturgeon have really gone along with advice she thought had been dangerously Cummingised?

But the government has been its own worst enemy. It has refused to publish attendance lists for SAGE on Covid-19 because it would not publish them if SAGE was considering something like the Skripal poisonings. But it ought to have a presumption to publish—and then explain why not.

More importantly, and in line with the principles on scientific advice, this is a prime area where the government’s advisers should show their working.

If ministers want to say all they are doing is following the scientific advice and that they are guided by it, they should put that, with all the necessary caveats and health warnings attached, quickly into the public domain.

The government has released the deliberations to 16 March, but has issued nothing about debates as we accelerated into lockdown.

If SAGE is transparent, we can stop fussing about how Cummings decides to spend his time.

By Jill Rutter, senior fellow at The UK in a Changing Europe. This piece was originally published by Prospect.