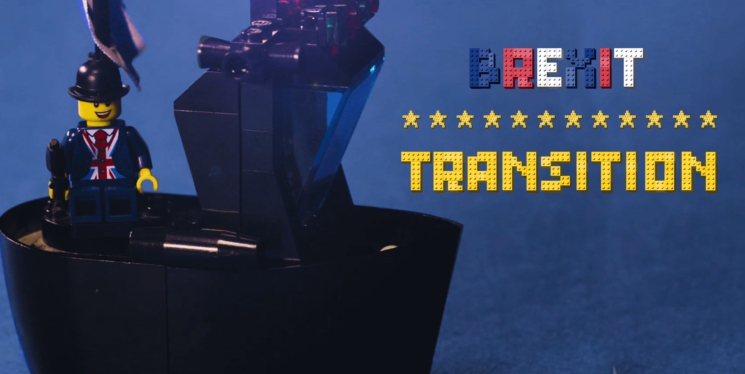 For a lot of people, the mention of Brexit is enough to trigger a response of “still?!?” 21 months since the EU referendum, we’re still a year away from actually leaving the EU. But at least then, we’re done, right?

While a lot of attention has focused recently on the future relationship between the UK and the EU, that doesn’t actually start on the day the country stops being a member state.

Instead, the moment of departure is actually only the start of formal negotiations on trade, security and everything else that the politicians say they want to continue doing together.

Which raises the question: what happens in the meantime? The UK’s left the EU, but the new deal isn’t in place.

The answer to this is a transition period and it’s something that isn’t much discussed.

Partly that’s because both the EU and UK have broadly similar ideas about how transition should work, so there’s not been the same kind of public blow-ups over details we’ve seen elsewhere. Partly it’s because many don’t think it’s all that important, in the grand scheme of things: just a placeholder until we get the big deal sorted.

That’s all very understandable, but the arrangements for transition deserve inspection and reflection, because they pose some tricky questions.

This is mainly because the kind of transition being proposed is one that looks a lot like membership.

The UK will continue to follow all the rules and regulations of the EU, respect and implement the rulings of the Court of Justice, pay into the EU budget and continue the free movement of people.

The only difference is that it won’t have a voice or a vote in the decision-making, except in very limited areas such as fishing quotas.

This stand-still or ‘full monty’ transition makes practical sense because it avoids major changes come March 2019 and gives citizens and businesses more certainty for the transition period. It also comes with the big advantage that it’s been very simple to draw up a legal text to put in the Withdrawal Agreement, unlike any other model with more differentiation.

But that comes at a political price of making it look like a bad deal for the UK: all the costs, none of the voice would be the (not altogether unfair) characterisation.

The pay-off is that everyone wants to keep the period short: December 2020 says the EU, roughly March 2021 says the British government.

That means most of the pieces of legislation likely to come through are already in train – the EU is not a speedy legislator – so the UK has already had a hand in shaping it. It also avoids some big complications with finances that might take up a lot of negotiating time needed elsewhere.

The problem here is that whether it’s 19 months or 24, there’s very little time to negotiate and ratify the new relationship that starts being discussed post-withdrawal. It is likely to contain several elements that have never been put into a free trade agreement before, plus it’ll be the first time that negotiators are working to achieve more divergence from the situation beforehand.

For context, even just the ratification of the EU-Canada deal, that looks likely to be a basic architecture for the EU-UK package, took 11 months just to reach provisional status (and still hasn’t been formally ratified by 20 EU member states).

All this means that there is likely to be a lot of pressure to extend transition beyond whatever date is agreed.

That means the political price will increase, as British voters wonder whether this isn’t just a way of keeping the UK in the EU in all but name. To make this worse, from 2021 British budget contributions would no longer be covered by the rebate mechanism, so the figures will take a sharp upward turn.

Of course, none of this need be a problem, if negotiators are able at this stage to make more progress on the framework that they want to attach to the Withdrawal Agreement and all can agree on a mutually-acceptable framework for discussions.

The danger is that once the time pressures of Article 50 go in March 2019, so too with the political imperatives for speedy resolution of the new relationship.

At that point, pulling in the sails and drifting with the currents for a while might seem very tempting, after years of high tension and drama. But those currents might carry EU-UK relations in directions that neither want, if no-one’s scanning the horizon. Better then to make sure the transition package includes a paddle, a compass and enough provisions to keep everyone going.

By Dr Simon Usherwood, Deputy Director at The UK in a Changing Europe. This piece was originally published in the Huffington Post. You can watch the full video of Brexit: transition here.