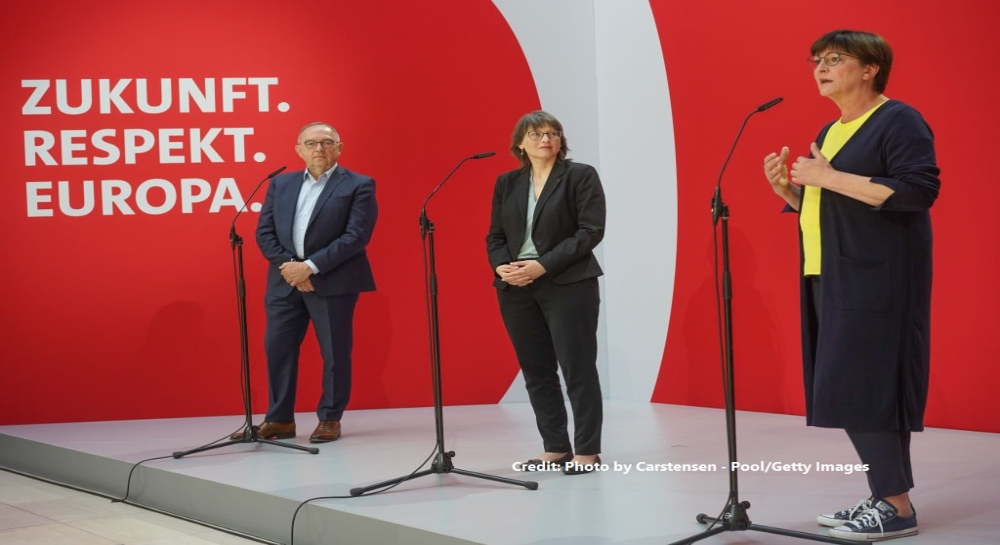 The result will have come as a relief to the CDU for now, but it is not a guarantee of national election success in September.

Nominated as conservative chancellor candidate in April 2021, Armin Laschet inherited a series of problems including anger over the government’s pandemic management and a corruption scandal involving shady coronavirus mask contracts.

At Germany’s last regional elections in March 2021 in the states of Rhineland Palatinate and Baden-Wuerttemberg the CDU suffered its worst ever results in both states.

Ahead of the vote in Saxony-Anhalt pollsters had foreseen a neck-and-neck race between the CDU and the anti-immigration AfD.

This, however, failed to materialize. With such a big margin of victory for the CDU, questions must be raised about the methodology of some of the pollsters.

The centre-right CDU won 37.1% of the vote in the state’s election (up 7.4%), relegating the far-right AfD to a distant second with 20.8% (down 3.4%). There is a real problem in the future for the AfD because there has been so much internal national party division and their local candidate did not perform very well.

The Greens, which are traditionally weak in eastern states, won 5.9% of the vote, marginally better than the 5.2% they recorded in the last election in 2016.

The Social Democrats (SPD), who have struggled across Germany in recent years, fared even worse, falling by 2.2% to 8.4%.

Similarly, the leftist Die Linke, the successor to the East German communist party, won just 11% – after garnering more than 16.3% five years ago.

And finally, the Free Democrats (FDP), a conservative liberal party, won 6.4%, an increase of 1.6% points over 2016, meaning they have re-entered the Saxony-Anhalt parliament after a ten-year absence.

The timing of the state’s election made it something of a bellwether, as it marked the last time Germans went to the polls before selecting a new federal government and a successor to Merkel on 26 September 2021.

Reiner Haseloff of the CDU, who has governed Saxony-Anhalt since 2011, recorded his strongest result yet on Sunday. ‘I’m grateful to all of our citizens that a really substantial majority chose democracy and drew a line between us and the right, preserving our image as democrats,’ Haseloff said in an interview on evening of the election result with German public television.

Haseloff now needs to ally with two out of three potential coalition partners, all similarly small: he will have to choose between the Social Democrats (SPD), Liberals (FDP) and Greens, which all recorded single-digit support.

For the FDP, it was a good win — the liberals had not been represented in the state parliament for a decade. ‘This is a good evening for Free Democrats in the whole of Germany,’ party leader Christian Lindner told reporters. Some observers suggested that the FDP’s criticism of the coronavirus restrictions may have paid off.

Haseloff’s likeliest choices are either to continue the three-way coalition with the centre-left SPD and the Green party, or team up with the reinvigorated FDP and the Greens.

The latter might be the preferred choice of Laschet, who currently leads a coalition with the FDP as state premier of North Rhine-Westphalia.

For the SPD and Greens, who have hope, and candidates, for the chancellery in September’s national election, there is still the option of insisting that Saxony-Anhalt is a state of merely 2.2 million voters and is not the best predictor of the country’s mood.

There is a point to this line of argument. The last three regional elections in Baden Wuerttemberg, Rhineland Palatinate and Saxony-Anhalt have shown that popular regional leaders and personalities matter.

Laschet, in contrast, has been suffering from weak popularity, following damaging infighting within the conservatives for the chancellor candidate nomination.

The CDU ran a good local campaign. How much Laschet may have contributed to the victory in Saxony-Anhalt is debatable.

Laschet has received a positive bounce after the Saxony-Anhalt result. The latest survey by pollster Forsa shows that 23% of people said they thought he would make a good chancellor, putting him ahead his two main opponents in Annalena Baerbock (Greens) on 20% and Olaf Scholz on 15% (SPD).

This poll rating also shows that voters are still not convinced by the three Chancellor candidates.

Such a result would open the path towards another possible coalition without the CDU/CSU, namely the so-called traffic light option including the Greens (Green), the FDP (Yellow) and the SPD (Red). This could make the election of a Green party chancellor more likely.

The coalition talks in Saxony-Anhalt may deliver an early indication of what may become the three-way solution of choice for the country at national level this autumn.

Some form of cooperation between the CDU and the Greens in the next federal government is broadly assumed inevitable.

But with opinion polls indicating that this combination may not be able to secure a majority in the national parliament, the Bundestag, the next government in Berlin may well also be a three-way coalition.

In the post-Merkel era, Saxony-Anhalt’s new coalition might turn out to be a blueprint for Germany’s national government.

By Professor John Ryan is a Network Research Fellow at CESifo, Munich, Germany.