Scotland and the European elections 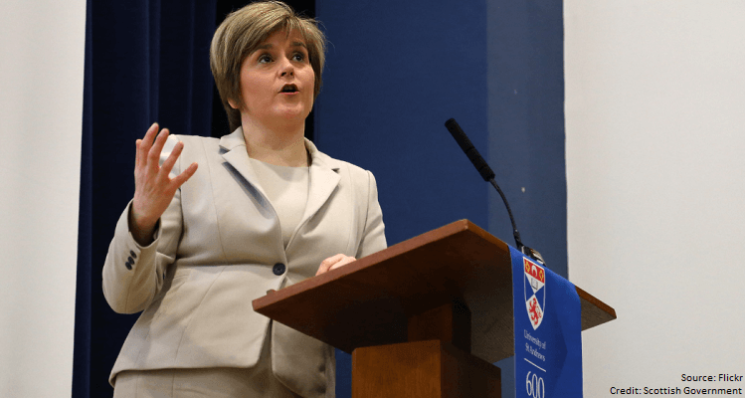 North of the border, the European Parliament elections revolve around not one but two constitutional issues: Brexit and Scottish independence. They are increasingly connected. For over 30 years, the Scottish National Party has made membership of the European Union a central part of its independence prospectus.

EU membership took the edge off charges of ‘separatism’ and guaranteed continued access to both European and UK markets. The electorate, on the other hand, never really made the connection. In 2016, while Scotland voted by 62 per cent to Remain, almost a third of SNP voters and independence supporters opted for Leave. The party lost a swathe of pro-Leave voters to a resurgent Scottish Conservative Party at the snap General Election of 2017.

Yes, while costing it votes, the departure of these electors has given the SNP a more strongly pro-Remain electoral base. After some equivocation and a minor revival of the party’s Eurosceptic wing, the SNP has rallied behind the campaign for a second Brexit referendum or ‘people’s vote’. Its leadership is making the case for a Europe of shared sovereignty and solidarity, in contrast to the more intergovernmental Europeanism it expressed in 2014.

Scottish Labour, like its English counterpart, is still trying to straddle the fence and haemorrhaging support. It is also has trouble on the independence front, with one in three of its 2017 voters now favouring independence.

Scottish Conservatives were strongly pro-Remain in 2016 and their leader Ruth Davidson was a prominent campaigner at UK level. The party’s base, however, tends to Leave, especially after winning Leave voters from the other parties.

For the last few years, they have focused almost exclusively on one issue, opposition to a second independence referendum – ironically, while accusing the SNP of being obsessed with the matter. That strategy may be reaching its limits, especially as it has to compete with the Brexit party for those Leave (and strongly unionist) votes.

Support for remaining in the EU has increased somewhat since 2016, running in the high 60s. Neither Labour nor the Conservatives seems to be making a serious pitch for these votes while the SNP, Liberal Democrats and Greens are. At the last election, SNP and Labour gained two seats each, the Conservatives won one and UKIP captured the sixth seat as the only clearly Eurosceptic party on the final distribution.

On current trends, the SNP look assured of two seats and have a good chance of a third. Labour and the Conservatives could be wiped out, with the Brexit Party sweeping up the Leave vote and gaining one or two seats. The Liberal Democrats and Greens could be in competition for the remaining seat. If the polls are right, Scotland could be one place in the UK where Remain and Leave face each other as clear options.

Support for independence, meanwhile, is running in the high forties, not much changed from 2014. Taking all the combinations of Remain-Leave in relation to the EU and Yes-No to independence, there is no clear majority for anything and the results of the European elections are likely to reflect this. Voting in the European elections is a poor predictor of what will happen in the Scottish elections of 2021 or the next Westminster election, whenever it is.

Yet polls for all both Westminster and Holryood show the SNP in the lead, at around forty per cent, with Labour and Conservatives competing well behind, sometimes one ahead and sometimes the other. Constitutional issues are set to dominate Scottish politics for a while yet.

By Michael Keating, Professor of Politics at the University of Aberdeen, Director of the Centre on Constitutional Change and a member of the UK in a Changing Europe Advisory Group.