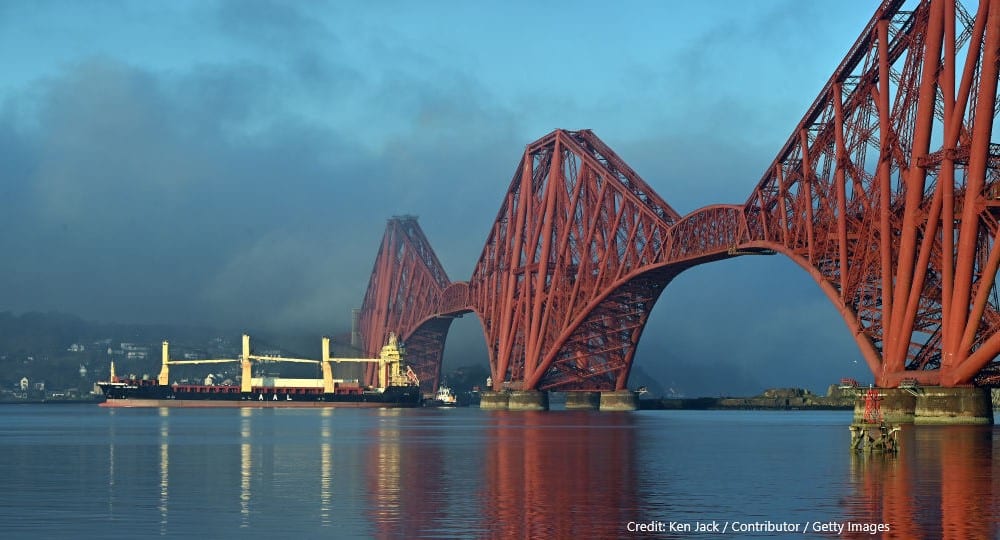 David Bailey and Ivan Rajic analyse the announcement of two new ‘Green Freeports’ in Scotland, setting out how the UK and Scottish governments came to an agreement. They examine whether the new freeports are likely to create high-value economic activities and serve as hubs from which companies can establish regional supply chains.

The UK has some of the widest regional disparities amongst developed countries. The government’s ‘Levelling Up’ White Paper last year was a welcome recognition of both the scale of the challenge and that tackling it will need a long term strategy.

But such regional imbalances have been around for a very long time and need a  level of investment and financing far beyond that on offer from the government. Tackling them will also require a much greater degree of devolution than at present.

‘Freeports’ were billed as a flagship post-Brexit policy initiative seen as important in helping ‘left behind’ places. In essence, freeports are designated places or special economic zones  – normally around seaports, airports, or rail ports – where firms typically enjoy benefits such as reduced taxes, various tariff (a tax paid on imports) reductions, quicker planning approvals and other administrative simplifications, and good quality infrastructure.

The government’s hope is that benefits such as these will attract firms to invest in freeports, bringing more economic prosperity to the regions where they are located.

The Prime Minster and the Scottish government have just announced two ‘Green Freeports’ at Inverness & Cromarty Firth and at Forth. This came after a disagreement between the UK and Scottish governments over freeport policy. The Scottish government initially rejected the UK approach and drew up its own ‘greenport’ plans, which would require firms to be signed up to a real living wage and agree to net zero commitments.

But this approach was rejected by the UK government over fears about how competitive this kind of  freeport would be. A stand-off occurred with the UK Secretary of State for Scotland, Alister Jack, arguing that if Scotland were to go it alone on freeports, the Scottish government would only have enough funding for one site and that tax rules would leave Scotland’s versions at a competitive disadvantage.

The UK government was able to effectively block the greenport idea because the Scottish government does not have the legal power to exempt goods from tariffs as it is a policy area reserved to the UK government , and so cannot  be unilaterally included in any Scotland-specific freeport model.

The Scottish government Minister for Business, Ivan McKee, was dropped as Scottish lead negotiator on the issue after he said that the UK freeport proposal ‘does not respect devolution, undermines the Scottish economy and fails to provide equivalent funding to what is on offer for ports in England’. In came Scottish Finance and Economy Secretary Kate Forbes as lead negotiator, and talks were revived around two ‘Green Freeports’.

These Scottish ‘Green Freeports’ are essentially the same as UK freeports, except that the SNP hopes that firms locating there will commit to paying living wages, pursuing inclusive growth, and to decarbonisation. While the Scottish government claim such goals are central to the Green Freeport idea (they have to ‘shift the dial on net zero’), it is not at all clear how binding any of these commitments will be, given the previous dispute with the UK government over such issues.

The Scottish Greens, despite being in coalition with the SNP, remain opposed to freeports, including the Scottish ‘green freeport’ variant, calling them ‘greenwash’. They argue that  freeports can attract low wage economic activities and money laundering and are often effectively a vehicle to transfer public subsidies to large international corporations.

In 2020, for example, the EU announced a review of over 80 freeports across the EU after identifying that their tariff and duty status helped financing terrorism, money laundering and organised crime.

Concerns have also been raised that both new Scottish freeports are on the east coast, which could be seen as undermining the levelling up agenda in Scotland.

Standing back from the tussle between the UK and Scottish governments, freeports – whether ‘green’ or not – need to be assessed from the perspective of whether they can create high-value economic activities and serve as hubs from which companies will establish strong regional supply chains. Unfortunately, this is probably too much to expect.

In one way or another, most of the benefits to firms of freeports ultimately revolve around cost reduction. While firms are often happy to lower their costs by locating in freeports, for high-value activities this is typically not the determining factor in where to locate. What counts more for such firms are skills, the presence of specialist suppliers in the same region, proximity to competitors, availability of relevant technology, close contacts with important stakeholders, the general quality of life in the area and so on. If a region does not already possess these characteristics, a freeport won’t compensate.

Rather, a freeport in a ‘left behind’ region will tend to attract lower value assembly type activities, which is why firms already tend to locate in such regions to take advantage of cheaper labour, lower rents, etc. Rather, a much more holistic industrial policy will be needed to help regions develop, which was a key argument in the UKICE report Manufacturing after Brexit last year.

And many ‘green’ sectors still contain assembly or routine repair and maintenance operations. So, even if a Scottish ‘green freeport’ attracts, say, assembly of offshore wind turbines, higher value activities such as research and development and the production of specialist components might be done elsewhere. A long term industrial policy to upgrade assembly plants would still be needed.

On living wages, large firms can choose among numerous freeports and special economic zones around the EU for example. So it is not clear such firms would commit to paying higher wages when they can just as easily go to a location that doesn’t require it.

Overall, just like freeports in the rest of the UK, Scottish ‘green freeports’ can probably be a useful tool to attract investment to certain areas, and perhaps they can be used as part of a broader industrial strategy aimed at upgrading UK manufacturing. But, on their own they are unlikely to bring the sort of benefits that the Scottish or UK governments are hoping for.