Scottish Parliament at 20: what does the future hold? 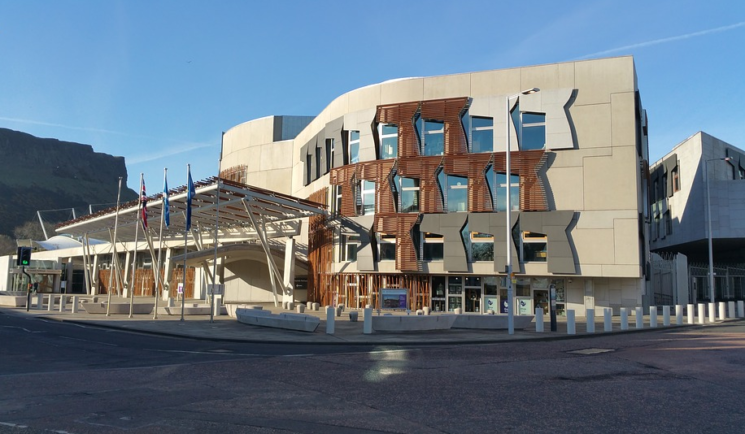 This month marks the twentieth anniversary of the Scottish Parliament. The Queen and the Duke of Rothesay (Prince Charles) addressed a special celebratory session of the Parliament to mark the occasion. The Queen recalled the optimism of 1999 and shared her view that the Parliament has become firmly established at the heart of Scottish public life, and her sentiments were echoed by the political leaders.

Closing the politicians’ speeches, Tavish Scott, Lib Dem MSP for Shetland, said ‘Scotland is an immeasurably stronger place today… there is, Presiding Officer, no turning back, and nor should there be’.

But what lies ahead for the Scottish Parliament? And how will it be shaped by that other major constitutional change currently gripping the UK?

The full effects of Brexit on devolution won’t be known until we see what form Brexit takes and all that unfolds as a result. Maintaining close regulatory and political alignment with the EU internal market might suggest that the impact of Brexit on devolution would be limited. But from this vantage point, that kind of relationship seems unlikely.

A harder Brexit, with loose alignment with EU law, creates more scope for regulatory divergence between the constituent territories of the UK in areas where the devolved institutions have competence. In that context, the UK government may seek to limit the opportunities of governments across the UK to take divergent paths, in order to safeguard the UK’s own internal market. The devolved governments have signalled their willingness to agree common UK approaches, so long as these are by agreement, not imposition.

Leaving without a deal tells us little about the future relationship, but it makes the potential for political as well as economic disruption more acute. Ahead of last week’s British-Irish Council, the First Ministers of Scotland and Wales issued a joint statement expressing their alarm at the heightening prospects of a no deal Brexit, calling for a change of course. This intervention will have no impact on those leading the charge for Brexit, though both governments may have been targeting their own domestic audiences in any event.

The devolved governments’ successive appeals for the softest of Brexits, for ruling out a no deal Brexit, and for another referendum with Remain on the ballot, have likewise had no impact on Brexit’s direction of travel. But Brexit will affect their powers, their responsibilities and perhaps, depending upon the disruption it creates, their capacity to govern in many areas of devolved competence.

Relations between the Scottish and UK governments, in particular, have deteriorated against the backdrop of deep divisions over Brexit. As well as being deeply opposed to Brexit in any form, the Scottish government has repeatedly voiced its concern that it will lead to a centralisation of power in the UK, undermining the authority of the Scottish Parliament.

The Scottish government, backed by the Scottish Parliament, objected strongly to the restrictions that the EU withdrawal legislation imposes on devolved competence. Under the Sewel convention, now incorporated into the Scotland Act 2016, the UK Parliament will not normally legislate in areas of devolved competence or change devolved powers without the consent of the devolved institutions. When the Scottish Parliament withheld its consent for the devolution elements of Withdrawal Bill, the UK Parliament barely blinked as it proceeded to enactment. Evidently, these are not normal times.

Both candidates for the Conservative leadership have come under at least some pressure to say how they would defend the Union. Jeremy Hunt declared that he would ‘never allow the Union to be broken up’ under his watch. Boris Johnson promised a policy unit in Downing St to “stress test” every policy for its impact on the Union. If that were the case, he might want to start with Brexit.

62% of Scots voted for the UK to remain in the EU in the 2016 referendum, and there is little sign to suggest that Scots have warmed to the idea since then. Moreover, polls suggest that continued support for Remain is persuading more Scots to back independence.

As Professor John Curtice demonstrated in What Scotland Thinks, the alignment between those supporting EU membership and those supporting independence, already emerging in the years following the 2016 referendum, has intensified in recent polling. Polls also suggest that the prospect of either a no deal Brexit or Boris Johnson as Prime Minister may persuade a majority to vote Yes to independence. A Johnson/no deal double whammy might be expected to reinforce that trend.

Whichever of the two contenders becomes PM, he might be advised to reflect on the Scottish Parliament’s anniversary and, in particular, the mobilisation of hearts and minds that led to its establishment. There has long been support for some form of Scottish Parliament. That support intensified in the 1980s and early 1990s, in light of what became known as ‘the democratic deficit’ in the UK political system.

Successive elections sustained a radical majority Conservative government despite its falling support in Scotland. Advocates of a Scottish Parliament argued that it was necessary to protect Scotland from unpopular policies like the poll tax and help ensure that the preferences and priorities of the people of Scotland could be met.

Nicola Sturgeon, amongst others, has suggested that Brexit is creating a new democratic deficit. From the 2016 vote to the setting aside of the Sewel convention, advocates of independence have argued that Scotland’s voice is no longer being heard within the UK. Effectively marginalising the devolved governments from the process of negotiating Brexit is noted as further evidence of the system’s failure to accommodate Scotland’s voice. Whether these arguments resonate as much with the electorate as they did before the parliament was established is as yet unclear.

There are many other challenges that those championing independence would have to confront ahead of any public vote. But, whereas a Scottish Parliament within the UK can and has responded to Scottish priorities by forging its own path in many policy areas, from tuition fees to public health to land reform, there is little it can do to resist Brexit.

By Nicola McEwen, Professor of Territorial Politics at the University of Edinburgh and Senior Fellow at the UK in a Changing Europe.