Seasonal workers: will visas save Christmas? 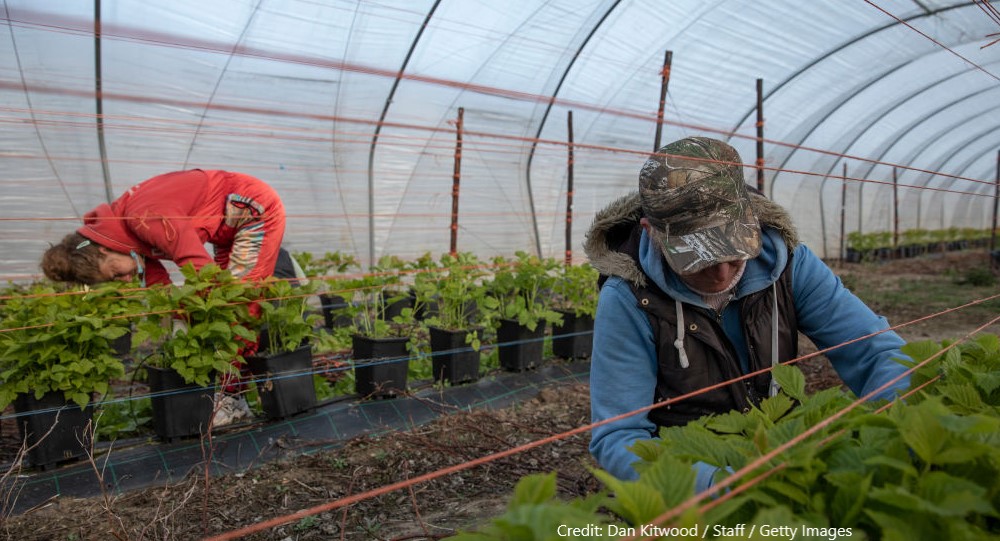 Recent weeks have seen empty shelves in supermarkets and fuel delivery shortages at petrol stations around Great Britain. To combat this, the government is now expanding visa numbers for temporary migrant workers, seasonal workers, to come to the UK to ‘deliver our Christmas dinner’.

On 26 September the government announced it would make available 5,500 short-term work visas for poultry workers, and 5,000 visas for HGV drivers, amid growing concerns over worker shortages in these sectors causing significant impacts on supply chains.

For some Leave voters, ending the free movement of EU workers into the UK (and vice versa) influenced their vote – and free movement did finish on 31 December 2020. The government announced that its new points-based immigration scheme would ‘end the reliance on cheap, low-skilled labour coming into the country’.

The trouble is that, as the events in recent weeks have shown, the UK still needs these ‘low skilled’ seasonal workers.

EU migrant workers have long made up the majority of seasonal agricultural workers in the UK, and in some sectors, such as fruit picking, they comprise up to 98% of workers.

The government always knew that – which is why it introduced the Seasonal Agricultural Workers Pilot in 2019, allowing employers to sponsor ‘low-skilled’ workers to work in the agricultural sector across the UK for a limited period, with a visa cap of 30,000.

In 2020, 7,236 seasonal worker visas were issued, the majority (87%) to Ukrainian nationals. Last week we visited seasonal farm workers on a fruit farm in Norfolk. The majority of workers were from – no surprise – Ukraine, with a smaller number from EU countries like Romania and Bulgaria.

Most came to the UK in early 2021 and are leaving in November 2021 at the end of the fruit-picking season. Some may come back to the UK for next year’s season. The average age of the workers on the site was 29 years, and the majority of workers were male. 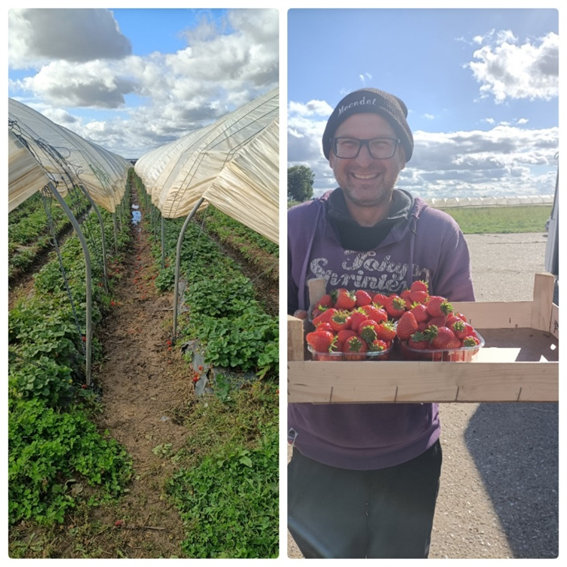 Farm in Norfolk. Picture authors’ own.

The last two years have presented new and varied challenges for the farm. Last year, the pandemic caused logistical challenges in bringing migrant workers to the UK due to travel restrictions and quarantine rules. But as free movement of EU nationals was still permissible then, recruitment was still possible.

The ‘pick for Britain’ scheme was also launched to try to incentivise young British people to fill the labour shortage; but of the 88 who registered for work on the farm last year, only two stayed for the entire season. The majority left after their first day.

Workers live on site in caravans. A room in the caravan accommodation costs approximately £58 per week. The shifts are long and weekend work is essential.

Most workers are paid piece rates and for local British workers the cost of travelling to rural farms, unsociable hours, long shifts which do not fit school runs and/or other family and social life commitments, as well as the physical nature of the job, mean that this farm work is simply not a viable employment route.

For the three Romanian workers we spoke to, this was their second season in the UK, and they had pre-settled status. They told us they were in the UK to make money and then would return home; they did not plan to remain in the UK or to apply for settled status in the future.

The (Lithuanian) administrator on the farm told us that for EU workers who can easily work in other EU countries (with Germany the favoured destination) the UK is no longer a desirable location. This is why, for the first time, the majority of their farm workers are non-EU nationals.

Those with pre-settled or settled status enjoy considerable freedom to move between employers, with in-demand workers moving between farms (farms are desperate for workers) in search of increased hourly wages.

This year has proved the toughest yet – the farm administrator tells us many EU nationals did not apply for (pre) settled status last season meaning they have been unable to return this year. The farm now cannot meet the demands of the work with the limited number of seasonal worker visas available.

On the day we visited, the employer had arranged for an NHS vaccine bus to visit the farm to enable all workers to get vaccinated. The bus will return before the workers leave to administer the second dose. This will help ensure the workers are able to return in four months to work the following season. 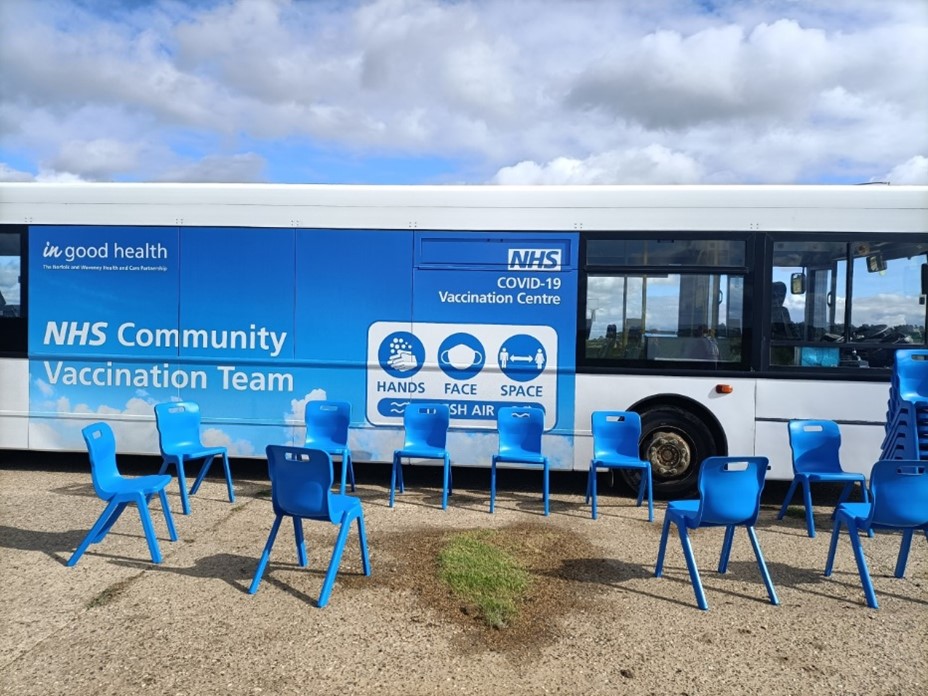 With the seasonal work finishing in November, the poultry season is about to ramp up, especially in Norfolk, where recruitment by local chicken and turkey factories always increases with their Christmas campaigns.

The British Poultry Council has previously warned it may not have the workforce to process as many turkeys as normal this Christmas because it has historically relied on EU labour – but after Brexit it is now more difficult. Christmas turkeys may now be coming from Poland and France.

The government has promised 5,500 additional three-month visas for poultry workers. The government says that they are ‘encouraging all sectors, including poultry, to adapt and make employment more attractive to UK domestic workers through offering training, careers options and wage increase’.

However, for the time being, factory line workers are mostly paid national minimum wage, and many are employed through agencies on zero-hours contracts.

Some shifts start at 5:30am, meaning that workers in Great Yarmouth, for example, must leave at 3:30am to make it to work on time, arriving home more than 12 hours later.

For those who might access short-term poultry worker visas, the additional bureaucratic and public health challenges (immigration visa, employment sponsorship, vaccine passports, quarantine) might make coming to the UK less appealing for those who can easily work elsewhere.

The British Poultry Council say there is a risk that the intervention has come too late, especially if the new visas take weeks to process.

By Catherine Barnard, deputy director at UK in a Changing Europe and Fiona Costello, research associate at the University of Cambridge. To find out about more about the EU Settlement Scheme, read our report.