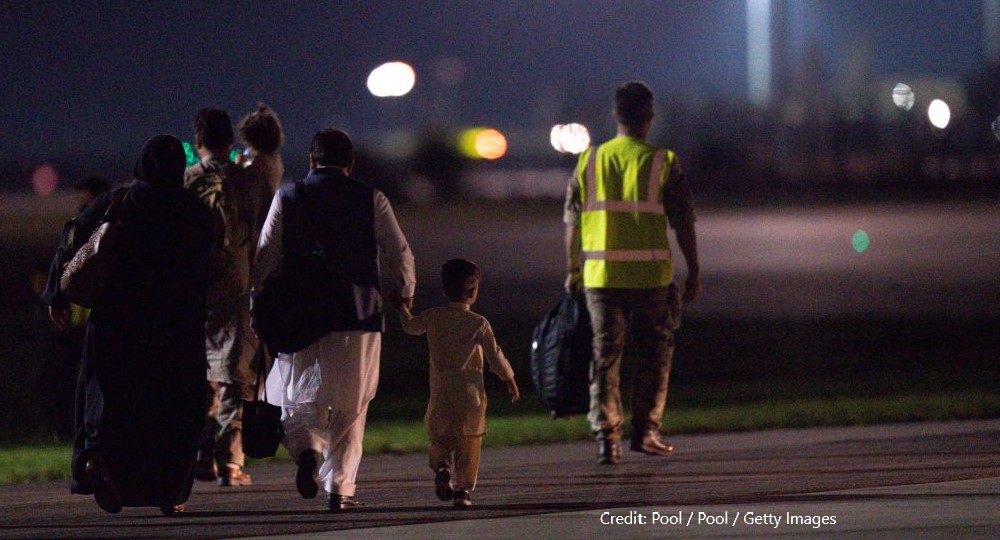 The disastrous exit from Afghanistan is a cruel illustration of failed nation building, which together with Tony Blair’s espousal of liberal interventionism, has been a western policy of the last twenty years. It should not, however, signal the end of responsibility to protect, a UN initiative that has achieved much in conflict zones throughout the same period. What Afghanistan can teach us is that Western policy should focus on territorial defence and upholding our own legitimate security interests.

The range of these interests is immense, reflecting the complex and globalised systems we too often take for granted.

UK and EU oil and gas supplies depend upon subsea pipelines, global communications depend on fibre cables laid on the ocean floor. These systems are vulnerable to attack.

Coastal communities face existential threats from rising sea levels due to global warming. About 40% of the world’s population live within 100km of a coast. Warmer seas threaten the ecology of the oceans, disrupting fish stocks, an essential food source.

Space, like the high seas, is part of the global commons but states use space for telecommunications and satellite systems that are another sphere of vulnerability.

The geopolitical environment is unstable.

Russia has re-emerged as a serious adversary as evidenced by wars in Georgia and Ukraine, the annexation of Crimea, and the shooting down of Malaysian Airlines flight MH17 over the Donbas region with the loss of 298 lives – where the weapon used was a BUK missile supplied by Russia to insurgents fighting the Kiev government.

We have witnessed poisoning attacks in London and in Salisbury, and cyber-attacks affecting both the public and private sector.

China, not universally understood to be a naval power, has the world’s largest navy. China’s treatment of its Uighur population, of Tibet, and of Hong Kong demonstrate that its values and authoritarian system of government are inimical to the values claimed by liberal democracies.

Since 2013 China has been engaged in the greatest geopolitical expansion of power since the end of the Second World War. The Belt and Road Initiative sets up new ties, new dependencies, and new rivals for European influence.

The UK needs its allies in facing down international terrorism, combatting cybercrime and cyber warfare, and in securing its own defence within the NATO framework. But strategic realities are more complex now than during the Cold War, which embodied a Manichean struggle between US-led capitalism and Soviet Communism.

The US is now more focused on its Pacific interests than with protecting Europe’s eastern flank. For at least twenty years the US has urged NATO’s European contingent to do more regarding burden-sharing.

The EU is responding with a detailed comprehensive analysis of its strategic and security interests. It will publish its Strategic Compass (SC) in March 2022. It will underline the comprehensive range of instruments at the EU’s disposal, but it will also highlight deficiencies that must be addressed.

The SC will emphasise the need for additional capability and the importance of partnerships, especially with NATO and the UN, but also bilateral ties with the UK, the US, Japan, South Korea, and others. The UK, after Brexit, cannot disregard this process because ultimately it shares the same interests and vulnerabilities as our erstwhile partners in the EU.

Despite the bitterness that has flowed from the messy divorce proceedings, the UK’s primary security and defence ally is France.

Recent events in Afghanistan show that the UK is a lower order partner to Washington, and the ‘special relationship’ with Washington is a concept highlighted in Britain but barely respected in the US. London was not consulted on the US withdrawal from Afghanistan; Washington no longer calls London when it wants the European view on anything.

Any post-Brexit trade deal with America will be on American terms. Britain is left exposed. On security and defence this is a serious concern.

How should the UK and the EU respond to geopolitical security and defence challenges? Both must recognise that Europe can no longer rely on the US to provide a security umbrella.

European security needs European defence and European Union instruments both within the NATO alliance and alongside, and compatible. European states, Britain included, are neither large enough nor rich enough to meet their needs, so intense cooperation is vital.

The EU has, within its Common Security and Defence Policy, various instruments and frameworks that the UK would be wise to treat as opportunities for partnership. This needs compromise from both parties but will serve mutual interests. UK participation in the EU’s Permanent Structured Cooperation (PESCO), a framework for capability development, can happen.

Non-EU countries, such as the US, Canada, and Norway, are already partners in the PESCO military mobility project, which will support rapid force deployment to conflict zones and humanitarian disasters, including crises prompted by climate change.

Large-scale strategic enabling projects will stand an immeasurably greater chance of success if EU member states and the UK pool their resources, manufacturing capability, and expertise.

It will benefit both if, despite Brexit, the UK becomes a full player in the European Defence Technological and Industrial Base (EDTIB), bringing military and economic benefits. The UK has already signed up to the EU’s €95 billion research programme, Horizon Europe.

Let us remember that militaries are not only for fighting unwinnable wars in faraway places. Their deployment in such ill-advised and catastrophic ventures wastes countless billions and costs tens of thousands of lives.

Highly visible disasters such as the mess in Afghanistan and, lest we forget, Iraq, should not blind us to the need for military-backed security. Europeans cannot rely on the US as they once did.

We must defend our own interests, secure our economic lifelines, and respond to the humanitarian disasters where we have a direct and moral responsibility to deliver humanitarian aid and logistical assistance.

Britain, together with the EU, as Europeans, can be a force for good in delivering stability, preventing crises, and intervening when crises occur.