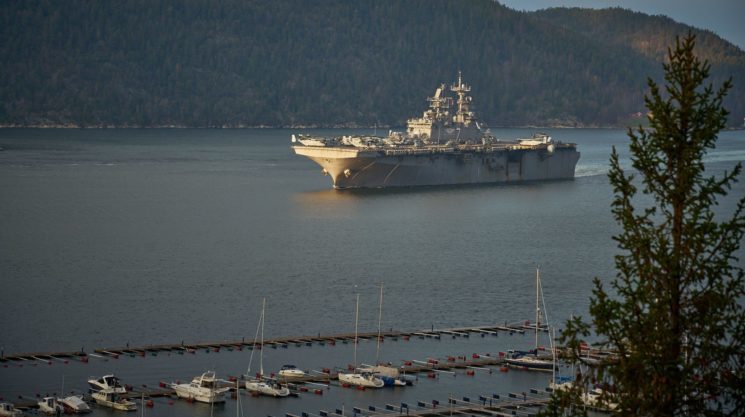 The post-Brexit foreign, security and defence policy relationship between the EU and the UK has attracted far less attention than the future arrangements for trade.

Both sides have stressed the need for a close relationship post-Brexit but progress on detailing future arrangements for cooperation have been hostage to the difficulties in agreeing and ratifying the Withdrawal Agreement (WA).

The UK’s departure from the EU will represent a disruption in the arrangements for European security and defence cooperation.

This at a time in which transatlantic relations been unsettled by the unpredictability of the Trump Administration, Putin’s Russia presenting a challenge to European security and Europeans struggling to develop a coherent collective response to China’s growing international importance. The UK will remain strongly invested in European security post-Brexit.

A key dilemma may be in wanting to have influence on EU security and defence policy, which would require keeping close to European policy, at the cost of reducing the scope for autonomous UK foreign policy.

The Transition period arrangements covering the EU’s foreign, security and defence (provided for under the WA) commit the UK to following EU foreign policy and security positions but without participating in the institutions that determine that policy.

The UK will also cease to be directly involved in decisions on the EU’s Common Security and Defence Policy (CSDP) It will, however, continue to contribute financing, staff and other assets to missions which are underway. This includes the personnel and military capabilities for EU conflict-management missions in Africa, the Balkans and the Middle East.

These arrangements are probably tenable as long as there are no major transatlantic policy differences which would see the UK challenged to break ranks with EU member states to follow a policy pursued by the Trump Administration.

Recent U.S. policy on Iran is already presenting the UK with such a dilemma. It has been trying to avoid being forced to choose between the Trump Administration’s more hostile and policy and cooperation with the E3’s more cooperative approach aimed at preventing Iran from building nuclear weapons.

Despite the ambition for a ‘broad, comprehensive and balanced security partnership’ set out in the Political Declaration, the status of the UK as a third country outside the EU looks set to limit the scope of cooperation.

This was illustrated by the controversy over continuing UK participation in the Galileo Satellite programme. Galileo is equipped with an encrypted signal for use by governments for security and defence purposes.

The UK was advised that its access to this Public Regulated Service (PRS) was to be withdrawn on leaving the EU. This was something of a watershed moment, underlining that the EU’s definition of partnership would not go beyond existing third country cooperation and create a ‘special’ status for the UK.

The EU27 did not publicly dissent from the position adopted by the Article 50 task force on foreign, security and defence policy issues.

A commonly articulated view was that the UK had, over the last decade, held back the development of the Common Security and Defence Policy and by opposing measures such as an increase to the European Defence Agency’s (EDA) budget, the development of permanent structured cooperation (PESCO) – a programme for groups of EU member states to develop military capabilities in common and then make these available for collective EU military operations; and the creation of a permanent EU Operational Headquarters (OHQ) which would give the EU its own arrangements to plan and conduct EU military operations without relying on NATO or a headquarters being provided by one of the EU’s member states.

Critics of the UK drew attention to the rather meagre UK personnel contributions to CSDP missions as indicative of a lack of commitment to the EU’s military security ambitions.

Moves since 2016 include the creation of a common European Defence Fund (EDF) that allows for co-financing from the EU budget for the member states’ joint development and acquisition of defence equipment and technology.

The detailed objectives for delivering on the defence ambitions of the EUGS were set out in the security and defence implementation plan (ESDIP) and the European defence research programme (EDRP). All of these developments are intended to boost the European defence, technological and industrial base (EDTIB).

The significance of these developments for the UK is that it hosts a major defence industrial sector which faces the prospect of exclusion from a set of initiatives designed to increase the capacity of the European defence industry base.

Alongside boosting European defence industry and technology there are also initiatives to get EU member states to collectively make more efficient use of their defence spending. On such initiative is the sharing of defence spending plans, through a process called the Coordinated Annual Review on Defence (CARD), which, alongside PESCO, is intended to  get member states to work together to create defence capabilities currently lacked by European.

Furthermore, and following longstanding UK opposition, they have agreed to establish a new command centre for EU military training and advisory missions (MPCC).

During transition, the UK looks set to be co-opted into the substance of the EU’s foreign and security policy while also simultaneously being out of its decision-making structures. During this period the ambitions for the future EU-UK foreign, security and defence policy will also be determined.

The degree to which the EU27 are divided on the value they place on a close security and defence relationship with the UK is still unclear. But there are also very difficult choices ahead for the Johnson Government in the degree to which it wishes to contribute to the EU’s security agenda.

These are not dissimilar to discussions around whether or not the UK should diverge from EU regulations – a move which, in turn, involves sacrificing an autonomous UK foreign trade policy.

Retaining a high degree of convergence with EU foreign, security and defence will greatly limit the scope of the new ‘Global Britain’ foreign policy that has been espoused by the Prime Minister.