Security: is the EU cutting off its nose to spite its face? 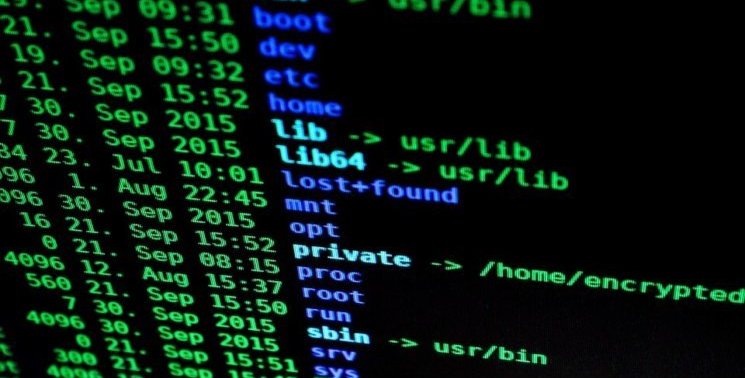 The EU is in danger of cutting off its nose to spite its face. This much became clear on the occasion of a recent ‘debate’ (in name only) involving the EU’s Brexit negotiator, Michel Barnier, and its Foreign Minister, Federica Mogherini.

Their interventions were clearly coordinated. Both were keen to underline the special links that bind the UK to its EU partners in the areas of foreign and security policy. ‘What unites us is stronger than what divides us,’ proclaimed Barnier. The security ‘of the UK is our own and the security of European Union is the security of United Kingdom,’ said Mogherini.

Then reality hit. Any future relationship, pointed out Barnier, would be ‘subject to specific rules and procedures.’ Mogherini expanded. The UK will be a friend and partner but as a third country.

The EU is, of course, free to defend whatever position it wants in the Brexit negotiations. But on security cooperation, particularly when it comes to defence, its tone has, to date, been unhelpful and potential self-defeating.

But defence is not like the other sectors being discussed in the Brexit negotiations. For one thing, the UK has particular strengths in this area. It is the EU’s leading military power. While its economy represents 15.2% of EU GDP, it accounts for 25% of all the defence equipment procurement spending of EU member states.

London makes a huge contribution to European defence, whether measured in terms of intelligence, military capabilities or spending on defence and security. It is one of only five member states that provides national headquarters for EU missions. And, unlike some member states (Germany comes to mind) that increasingly talk a good game when it comes to defence, London is actually willing to deploy the assets its possesses when the need arises.

Moreover, and crucially, much cooperation in this area is intergovernmental – thereby sidestepping some of the tricky issues around ECJ competence that are plaguing other aspects of the talks. Surely, then, the optimal outcome would be one that persevered as much collaboration – and hence shared capacity – as possible?

Maybe, but that’s not how the EU operates. For one thing, it is an institution focused more on process than outcomes. Rather than setting targets for what could and should be achieved, its negotiators point to rules and procedural constraints.

The EU is keen to talk about its strategic autonomy. This is clearly a laudable objective. Until, that is, that autonomy refers almost entirely to the ability to take decisions, rather than the ability of the EU to defend itself or others. I can’t help but think back to the Laeken summit of 2001 when an official proudly announced that the new European Security and Defence Policy was operational. When quizzed about this, he conceded that what he meant was that ‘the committee structure is in place.’

Process over outcome, therefore, and Union over all else.

Building a union trumps strategic efficiency, even if progress in the former is limited. The EU has launched a number of recent schemes in defence, including a plan for closer cooperation between some member states and a European Defence Fund. But, as ever, member states have proven better at talking than acting.

Familiar capability shortfalls, in addition to the reluctance on the part of many capitals to consider actually deploying armed forces, continue to undermine collaborative efforts to enhance the EU’s defence role.

Which brings us back to Brexit. In terms of operational capacity, the EU benefits from a close security relationship with the UK. The British government, for its part, stressed in its September 2017 paper on future partnership in foreign defence and development the shared values and threats that unite it and its EU partners.

What is clear is that Britain does not want a third-country agreement with the EU like any other. Rather, it wants something far more ambitious, involving contributing to missions and participating in the EU Defence Fund. In return, London expects a say on operational planning and mandates.

Here, process becomes the problem. The EU has never liked discriminating between third countries, and that position does not seem to be changing as a near neighbour and close security partner is on the verge of assuming this status.

So, while the UK has stated that it is keen to contribute to EU missions, the EU’s retort is that its Framework Participation Agreements (FPA’s) with third countries don’t allow participation in detailed planning or force generation meetings.

Yet why would the UK want to accept policies decided by the EU27 when deploying troops and potentially hardware that the EU desperately needs but does not possess? Surely a new kind of framework participation agreement should be possible, which acknowledges the strategic importance of the UK to the EU and vice versa?

There are a number of ways, short of participation in a formal vote (which the EU treaties explicitly forbid) that the UK could be included in deliberations and have a real voice in the shaping of decisions.

None of which is to say that this will be easy. As my colleague Holger Hestermeyer has argued when it comes to Galileo, which is currently dominating debates over security, the EU has rules that can’t be simply ignored.

Yet this is partly a question of approach. Should the parties aim for certain mutually beneficial outcomes, or simply point to precedent to underline potential problems?

Failing to arrive at a good deal will damage both sides. There are already signs, for instance, that Paris is tiring of the failure of its EU partners to live up to their oft-repeated pledges concerning European defence. The French European intervention initiative may already be relegating EU initiatives to status of a side show, as Paris has made it clear it will operate outside formal EU structures.

Moreover, European states depend on their larger colleagues to help ensure security. Alienating the most powerful—the UK–will not help in that regard. As one analysis has pointed out, British public opinion is already displaying a (possibly Brexit-related) drift on matters of security against intervention to protect allies. The number of those who view NATO favourably fell from 44% in spring 2016 to 32% in spring 2017.

The UK was the only country out of the sample to show fall in those who thought that UK should use military force to defend a NATO ally involved in a military conflict with Russia.

An acrimonious Brexit with unsatisfactory provisions for security cooperation might merely accelerate such trends. And it is in no one’s interests to lose British support for the security of their continent.

At this point, let me pre-empt the inevitable what-aboutery. This is not a defence of the approach to the negotiations adopted by the British Government. It is, however, a statement of what is in the interests of both sides in these talks.

Security is an area where the Brexit talks are less zero sum than in some areas of the trading relationship. And in a world becoming ever more dangerous and undertain, there is, surely, scope for a more positive approach.

By Anand Menon, director The UK in a Changing Europe and professor of European politics and foreign affairs at King’s College London.