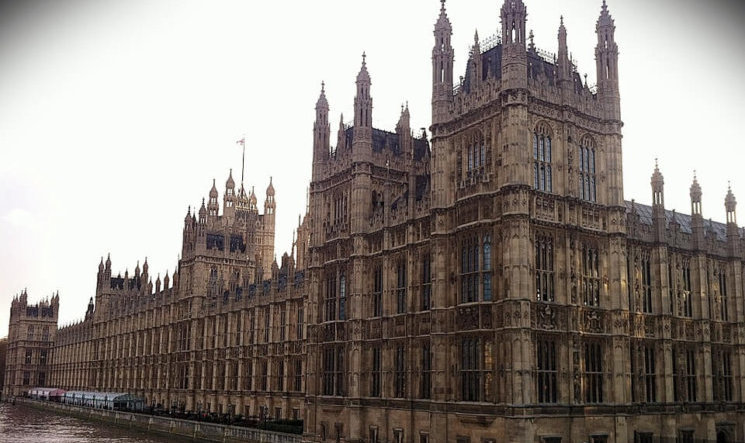 One striking proposal about what should follow the extraordinary defeat of the government’s Brexit withdrawal agreement is that the House of Commons should take control of the process. Can that happen? If so how? And would it damage the UK’s system of government?

Brexit is not one but two things: international negotiations with the other 27 members of the EU and domestic decisions about UK law. We need to think about them separately.

In early 1649, following the execution of Charles Stuart, the Commons proceeded to reconstruct England’s institutions. On 13 February, it established a Council of State, giving it powers, among other things, ‘to advise, order, and direct concerning the entertaining, keeping, renewing or settling of amity, and a good correspondency, with foreign kingdoms and states’, that is, in modern terms, to conduct foreign policy.

Could the Commons act in a similar way now, appointing commissioners to negotiate with the EU? The answer is not without passing legislation to give itself that power.

The problem is that the power to conduct foreign policy is not the Commons’ to delegate. It lost it to the Lord Protector in 1653 under the Instrument of Government and then, as part of the Restoration of 1660, the power returned to the King, with whom, formally, it has stayed ever since. Foreign policy is now conducted by ministers using the Royal Prerogative. Only legislation can transfer or abolish prerogative powers.

It is also difficult for the Commons to instruct ministers about how they should conduct international negotiations, for example to require them to ask for an extension to the Article 50 deadline.

The power to negotiate belongs to ministers not to the Commons. But it is possible: Parliament can change the situation through legislation or by threatening ministers with contempt of parliament proceedings (ultimately with expulsion from the House) if they defy the Commons’ will.

Seizing control the domestic law-making process is also difficult but possible. The barrier the Commons faces is that its rules give the government, even a minority government, enormous power over the Commons’ agenda.

Standing Order 14(1) gives government business precedence at every sitting, with exceptions only of a few days for easily blocked private members’ bills, and for opposition and back-bench business days whose timing lies in the hands of the government. The rules can be changed by a simple majority vote, but the problem is getting a proposal for a rule change onto the agenda.

Contempt proceedings are an exception to government control of the agenda. They were a live possibility if Mrs May had pulled the Withdrawal Agreement vote for a second time, since she might have been accused of misleading the House.

But to give ministers instructions under threat of contempt needs the Commons first to have resolved to give those instructions. Doing that faces the same agenda control problem as legislating.

The only opportunity likely to present itself in the short term is the motion in neutral terms required by s.13 of the European Union (Withdrawal) Act consequent on the government’s defeat on the Withdrawal Agreement. As a result of Dominic Grieve’s successful amendments to government business motions, that motion is amendable and must be tabled soon.

Any amendments would have to be relevant to Brexit, and so could not propose wholesale procedural changes, but they could exempt Brexit-related bills and motions from the normal rules. The amendment would also need to be selected by the Speaker, although that currently seems to present no problem.

How can it happen?

Assuming a majority exists for the Commons seizing control, how, technically, can it happen? Two methods might work. The first hands over, for specified purposes, the government’s powers under the rules to a committee of MPs.

The other gives defined kinds of bills and motions precedence over government business and gives the members proposing them all the parliamentary powers, rights and privileges of ministers. Both have disadvantages.

The committee route needs a willing group of MPs, which might prove difficult. The defined business route requires the Speaker to decide whether business qualifies for precedence. But both deliver the goods.

Would it damage the constitution?

Opponents have expressed horror at the prospect of the Commons taking control of Brexit, describing it as a ‘coup’ and claiming that MPs, including committee chairs were ‘elected to scrutinise policy NOT to usurp the democratically elected Government.’

We need to separate the two aspects of Brexit and the different proposals within each. For the Commons directly to engage in international negotiations, through elected commissioners, would be revolutionary.

It would represent a partial restoration of the Republic as it operated before Cromwell reverted to a monarchical form of government. But for that reason, it is very unlikely to happen.

But giving ministers instructions, though unusual in foreign policy, would not be revolutionary. Legislation gives ministers duties every week and the mechanism of the Humble Address has already been used to require ministers to release papers relevant to foreign policy. In many countries, legislatures set negotiating mandates for ministers.

As for domestic policy, allowing the Commons to control its own agenda would be far from novel. Standing Order 14(1) took its present form only between 1945 and 1963. It resulted from opportunism by the Attlee government, which prolonged into peace-time the previously war-time only practice of the government taking all the House’s time. Winston Churchill described Attlee’s manoeuvre as ‘dictatorial’ and ‘totalitarian’.

Ministerial control of the Commons is therefore not a time-honoured component of an ancient model of government. It forms part of a set of constitutional ideas that has taken hold only since the second world war which treats elections as plebiscites between rival manifestos and not as the renewal of a representative assembly.

The post-war model is deeply flawed. It cannot cope with more than two parties or minority governments or even with deliberation by representatives. It reduces Parliament to political theatre. It also fails to accommodate referendums, since it sets up unmanageable clashes between plebiscites.

Until very recently, alternative, pluralist views of how politics should work were gaining ground. The referendum and the elections of 2015 and 2017 dealt serious blows to pluralism, seeing in England a return to two-party manifesto-constrained politics. But proposals for the Commons to take control of Brexit represent a return to pluralist politics.

By David Howarth, Professor of Law and Public Policy at the University of Cambridge.