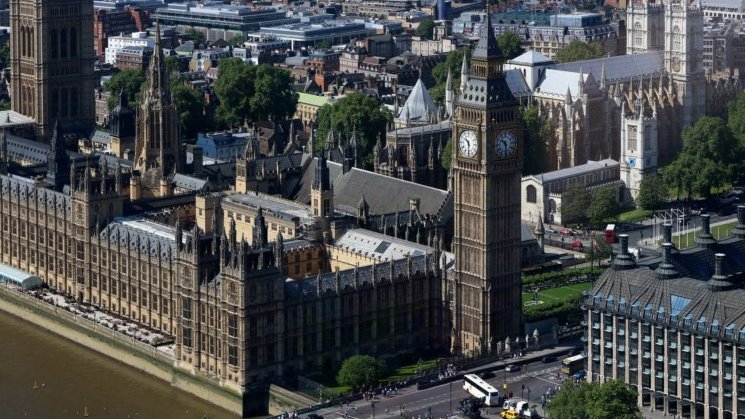 Select committees are among the most significant tools available to MPs for scrutinising government and shaping the agenda. Many select committees are holding, or will hold, Brexit-related inquiries. But the suspension of some inquiries when the 2017 general election was called, the subsequent delay in forming the committees, and the publication of a series of government papers on leaving the EU means there is much catching up to do.

Select committees were reformed in 2010 such that their chairs are chosen by a secret ballot of all MPs and members are elected by MPs from their political party. This change curtailed the whips’ ability to prevent ‘awkward’ MPs taking committee positions. In addition, the May government’s minority status means that it has less than half of the seats on most select committees.

These factors combine to mean that select committees can become a venue for MPs unhappy with the government’s approach to raise difficult issues and promote their particular stance. In this piece, we assess how the new select committees look in terms of their members’ preferences in the EU referendum and how much has this changed since the 2015-17 Parliament.

We collected data on how MPs in the 2015-17 and 2017- parliaments voted in the EU referendum, drawing on MPs’ websites, statements in Parliament and (social) media sources. We concentrate mainly on the departmental select committees (see Table 1 for a full list of those included in our analysis). In a companion piece, we examine the scope of Brexit-related inquiries and look at the extent to which select committees are coordinating their efforts in scrutinising the Brexit process.

Combining all Conservative and Labour MPs elected in 2017 (regardless of committee membership and front or backbench status) shows that 73% voted Remain in the referendum, a very slight increase on the 72% of those holding seats prior to the 2017 election. Since the 2017 election, the proportion of select committee positions held by those voting Remain has increased slightly from 63% to 67%. Remainers therefore are somewhat underrepresented within the select committee system but the rise in their proportion is in the same direction as the changing composition of Conservative and Labour MPs taken together.

Fourteen of the select committees have seen a decline in the proportion of Leave-supporting members, while a further seven saw no change (see Table 1). Among those with high proportions of Remain MPs are Digital, Culture, Media and Sport, Health and Justice. The Business, Energy and Industrial Strategy committee – whose assessments of the impact of Brexit could well be influential – has only one confirmed Leaver among its members.

The composition of these committees means they may be able to make life difficult for the government in the Brexit processes. Committee reports are usually tempered by the norm of consensus that pervades their working methods but this does not necessarily mean that such reports will be supportive of the government.

On some significant committees, changes in composition have seen a shift towards higher proportions of Leave-supporting MPs. These include Environment, Food and Rural Affairs, Home Affairs and the Procedure Committee, although all of these still have more Remainers than Leavers. The Backbench Business Committee is split 50:50 on the Leave versus Remain divide.

In the past, this committee has been used by those wishing to advance a pro-Brexit agenda. For example, it was the vehicle through which the debate on holding a referendum on the UK’s membership of the EU was held in 2011. This saw the biggest ever Conservative rebellion on European integration when 81 MPs defied a three-line whip.

How much does the Leave versus Remain division matter in the context of select committees? Leaving the EU is now Conservative and Labour policy, and many MPs who voted Remain (particularly those Conservatives who were always reluctant Remainers) accept that Brexit must be delivered. But there are significant differences within and between the two parties on the Brexit process and the UK’s future relationship with the EU.

Only Ken Clarke voted against the European Union (Notification of Withdrawal) Bill 2016-17 – which enabled the government to trigger Article 50 – at second reading, but another 14 either rebelled or abstained on other votes on the Bill. 16 Conservatives favouring a soft Brexit have signed amendments to the EU (Withdrawal) Bill. A majority of Labour MPs voted in favour of the Bill triggering Article 50, but 52 voted against it at third reading and 50 supported Chuka Umunna’s amendment to the 2017 Queen’s Speech.

We also have evidence from the 2016-17 session of Parliament that the Leave-Remain divide does matter. The Exiting the European Union select committee saw dissenting votes and walkouts by Conservative Brexiteers on the question of whether ‘no deal’ with the EU was an acceptable outcome of negotiations. The committee failed to achieve unanimity on the resultant report. Post-election changes mean there are six rather than eight Conservative Leavers but those six hard Brexiteers, some of whom are well known for using parliamentary tools to promote a hard-Eurosceptic agenda.

Select committees are seeking to scrutinise the government’s approach to Brexit negotiations across a wide range of policy areas. Their effectiveness will be influenced by how far their members can work across the leave-versus-remain divide. This conflict will likely be particularly stark on the Brexit committee and perhaps more so on others where there is a 50:50 split. In any case, MPs from many points across the Leave-Remain spectrum are poised to use select committees as a tool of influence on the government’s approach to Brexit.

A longer version of this blog post can be found at the Parties, Parliament and Brexit project website. 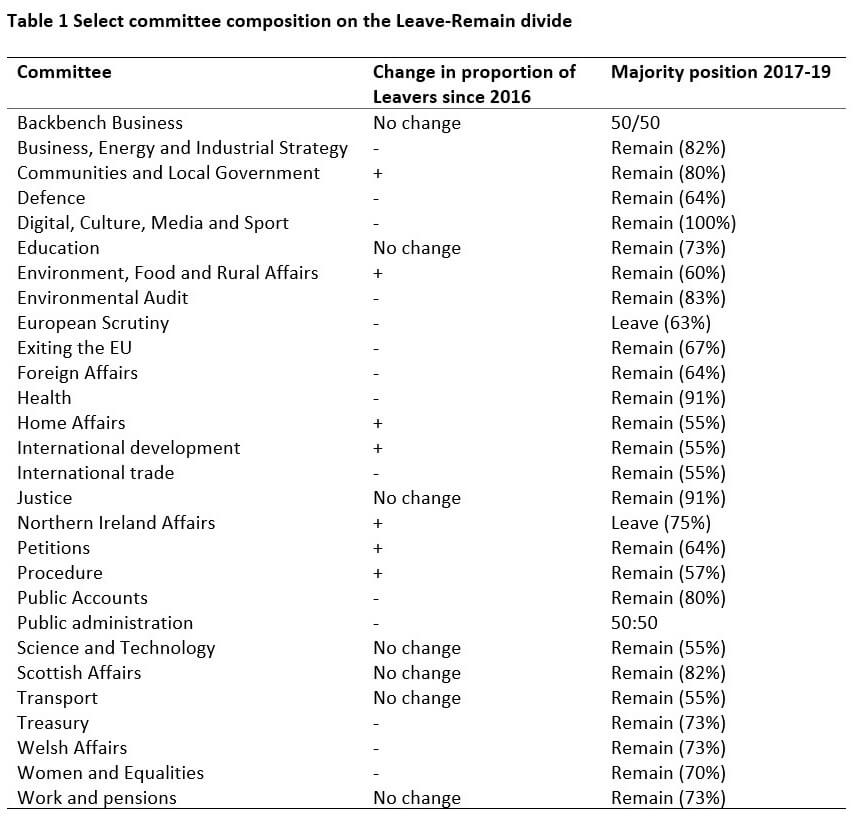