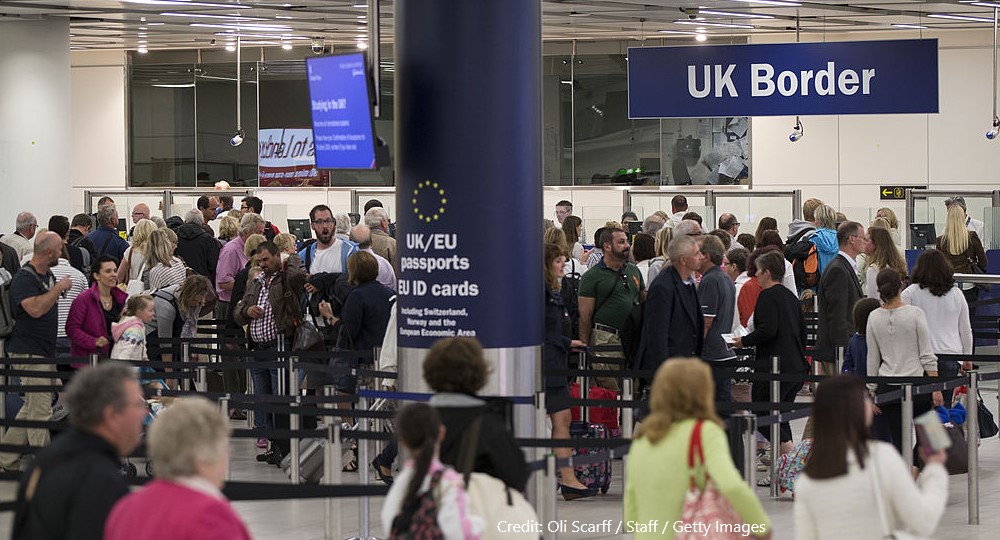 Today, June 30, is the deadline to apply for EU Settled Status. All EU, EEA and Swiss citizens living in the UK (before December 31 2020), as well as their non-EU family members, needed to submit an application to the EU Settlement Scheme (EUSS) before the deadline to secure their continued rights to live and work in the UK.

In many respects, the scheme has been incredibly successful, with more than 5.6 million applications as of the end of May – at least 1 million more than expected. But no scheme has ever reached a 100% application rate, and the UK does not know how many people need to apply.

Therefore, claims of success must be tempered with the reality of an unknowable number of people for whom the scheme has not worked -– only in the coming months and years will this number become apparent.

EU, EEA and Swiss nationals, and their family members, now fall into one of five categories. Here’s what it means for each of them.

1. Those with Settled Status

Settled status will have been awarded to people who applied in time, showing more than five years of residency in the UK. To date, 52% of applicants to the scheme have received settled status. This status is the equivalent to indefinite leave to remain (ILR) and this group keeps most of the rights they had under EU free movement. So they will face no restrictions in access to, for example, welfare benefits, housing and healthcare.

However, this group will now need to prove their rights in the UK, particularly when applying for jobs or seeking housing. Since settled status is recorded digitally, its holders can “view and share” their status and generate a digital shareable code to prove their immigration status to any relevant third parties, such as employers and landlords. They will lose their settled status if they are absent from the UK for more than five years.

2. Those with Pre-settled Status

Those who have applied and been awarded EU pre-settled status have shown less than five years’ residency in the UK. This is the equivalent of limited leave to remain (LLR) and this group keep some of the same rights they had under EU free movement, such as the right to work.

One significant difference for this group, compared with those with settled status, is around additional tests to access welfare benefits. This is subject to ongoing litigation. Pre-settled status holders will also need to “prove” their rights and can generate a shareable code to give evidence of their status to employers and landlords.

The next group are those who have submitted applications to the scheme “in time”, but have not yet received a decision. The backlog is at least 400,000 people, probably more, given the pre-deadline surge of 10-12,000 applications a day. Recent reports show that 26% of this backlog are applications for children – despite children representing only 15% of the total applications to date. Once an application is made, the person receives a certificate of application, which immigration minister Kevin Foster has confirmed can be used as evidence of continued rights pending a decision.

It was always known that there would need to be a mechanism for late applicants for those with “reasonable grounds”. In April of this year, the Home Office updated caseworker guidance on what would constitute “reasonable grounds” for a late application to the scheme. A non-exhaustive list includes examples such as applicants under 18, adults with care or support needs, or those suffering from a serious illness.

What remains unclear is what happens if someone does not submit an application within the 28-day period. This will, potentially confusingly, create a situation where some late applicants will receive a 28-day notice period to apply, and others will not, but will still be late applicants in need of “reasonable grounds” to justify their tardiness.The government indicated it would be lenient in the short term, but less so as time passes. The government also said that those who come into contact with “immigration enforcement” (such as via immigration checks on employers) who have not submitted an application will be issued with a 28-day notice of their need to make an application.

This is the least protected group – those who will become undocumented starting July 1. At least, until they are able to start the application process and move into the previous group as a late applicant to the scheme. In the interim, they have lost their residency rights in the UK and may well come face to face with the reality of the UK’s “hostile environment” (now renamed “compliant environment”) towards undocumented migrants. This could include immigration enforcement action, such as deportation.

This is the group on which the government has no data. Even an estimated 1% of eligible people not applying to the scheme could put this group into the tens of thousands from July 1. Sustained work will be needed to identify and support this group to submit late applications in line with the “reasonable grounds” threshold, potentially for many months and even years to come.

By Catherine Barnard, deputy director at UK in a Changing Europe and Fiona Costello, research associate at the University of Cambridge. To find out about more about the Settlement Scheme, read our latest report. This article is republished from The Conversation under a Creative Commons license. Read the original article.