Seven scenarios for the Brexit endgame 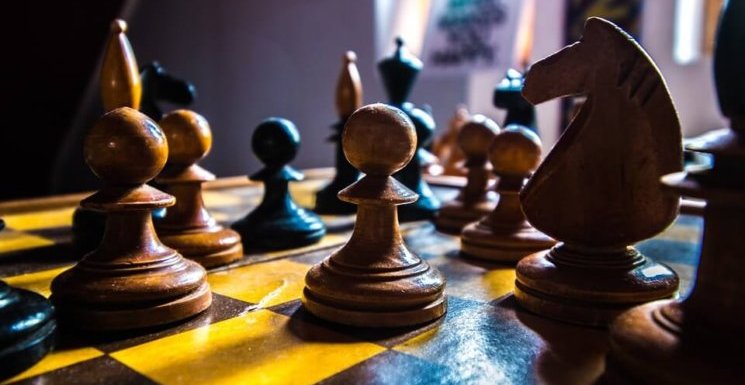 The Brexit deal was resoundingly defeated by MPs in the UK on the first time of asking. The margin of defeat was devastating, or at least it would have been had expectations not plumbed new depths before the vote. And Theresa May ploughs on, as she tends to do. But where do we go from here?

We at The UK in a Changing Europe, in collaboration with the Bingham Centre for the Rule of Law, released a report last week which set out seven scenarios for the Brexit endgame from a UK perspective. The first of these – the Withdrawal Agreement being approved the first time by MPs – has now been superseded. That leaves six broad options.

The first is the most obvious – that Theresa May brings the deal back to MPs with a few tweaks, domestic political promises and the pressure of the ticking clock of Article 50. Had she lost last week by 50 or less this would seem a rational approach, but the margin of defeat speaks of profound opposition that technocratic adjustments will not be able to overcome.

In principle, at least, there is nothing that prevents her from bringing the deal back a second or even a third time.

A second potential outcome could, of course, be no deal. This could either occur because the government takes it up as a policy or, more likely, because of the repeated inability of UK politicians to form a majority around any alternative option.

However, this is not without its complications either. For a start, the government still needs to pass major legislation, such as the Immigration Bill, before the UK will be ready to leave the EU. These bills will give MPs the chance to disrupt such efforts in order to resist a march towards no deal.

Ultimately, MPs have few options to prevent no deal. The most obvious would be to pass a motion of no confidence in the government, but this would rely on some Conservative MPs voting with Jeremy Corbyn to oust their own party. It seems unlikely, but with such a thin majority and a number of Tory MPs having publicly threatened to resign from the party if the government pursues no deal it is a distinct possibility.

Perhaps the most discussed alternative in the UK is that of a further referendum. However, there are major procedural barriers to making this happen. Not least, legislation would need to be passed.

This means two things: first, it is not enough for a majority of MPs to agree in principle that they want a referendum, they have to agree on the question to be put to voters; and second, it would require a government willing to table such legislation and carry it forward, something Theresa May is implacably opposed to doing.

There has been talk in recent weeks of MPs attempting to change the rules of the House of Commons to allow backbench MPs to move legislation, rather than just the government as is the case currently.

This would be done via the vote on Theresa May’s statement on the next steps following defeat next Tuesday. It would be radical and unprecedented but in theory it could allow referendum legislation to be brought forward without needing the government’s support. However, it would be messy, unpredictable and fraught with risks.

The fourth possibility is that we could end up with a general election. Procedurally, this is much more straightforward. The easiest path requires a simple majority of MPs to vote in favour of a motion of no confidence in the government. Thereafter, there would be a two-week period and if no alternative administration could win a confidence vote a general election would automatically follow.

It may be that we end up in this scenario by accident as much as design. If no deal becomes an imminent possibility, Conservative pro-EU rebels could conceivably vote against their own government in the hope that they could use the interim two-week period to negotiate with Theresa May. However, it would be high risk and failed talks could easily lead to a general election.

The recent ECJ ruling that the UK could revoke Article 50 without the approval of other member states has made this, at least legally, a plausible outcome. However, it is not as simple as some now imagine.

As our report sets out, following the Miller case which gave MPs the final say over triggering Article 50, the government would need to go back to Parliament to get the authority to revoke. It would require legislation, so could not be done overnight and would require majority support in the Commons.

Much less discussed it the possibility of a cross-party government forming and taking control over the Brexit process. This is unlikely, but could become a live possibility following a successful no confidence motion in the government.

Although Jeremy Corbyn would have to call the no confidence vote, any formation of MPs could in theory form a provisional government thereafter. Should it gain the support of a majority of MPs in a subsequent confidence vote, it would become the government.

In reality, though, such a government would be highly unstable. Most likely, it would only attempt to achieve a specific objective such as calling a referendum or revoking Article 50. Thereafter, it would dissolve itself and call an election.

As we say in the report, not all of these options are permanent fixes. Only passing a Withdrawal Agreement or revoking Article 50 would be decisive. The other alternatives merely put off the difficult choices that MPs will eventually have to make.

All this is, to say the least, complex. But one thing is becoming increasingly clear, a request for an extension of Article 50 is now almost inevitable to make anything short of no deal realistic.

By Matt Bevington, researcher at The UK in a Changing Europe. This piece originally featured on E!Sharp.