Seven surprising things about the Gang of Seven’s breakaway 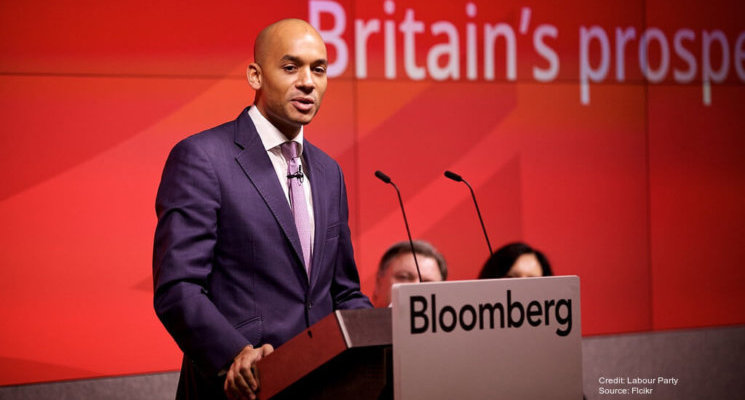 Splits within parliamentary parties are rare in British politics.

David Cameron allowed the referendum on EU politics in 2016 precisely because political common sense suggested that the alternative – a Eurosceptic breakaway from the Conservatives’ liberal mainstream – would be electorally catastrophic in a two-party system with geographically concentrated electoral bases.

So, the first surprising thing about the decision of Chuka Umunna and six colleagues to leave the Labour Party is that it has happened at all. And yet: happened, it has. Amid the political upheaval resulting from Cameron’s referendum, the normal rules no longer apply.

But while the Leave/Remain dividing line appears to be becoming as important, if not more so, than the blue/red dividing line in Westminster politics, the real significance of the Gang of Seven’s move lies in what it tells us about the waning likelihood of a second referendum on EU membership.

I’ll get to that. But the second surprising thing about the Gang of Seven is just how ideological their agenda appears to be.

There was a significant opportunity here to build bridges to the Labour’s party’s soft left by grounding the breakaway in specific concerns about Labour’s racism problem, Jeremy Corbyn’s authoritarian leadership style and the party’s positioning on Brexit.

Yet the Gang of Seven’s public offerings so far have made the case for continued austerity and a tough line on national security – leaving them acutely vulnerable to the ‘continuity Blairite’ tag.

And despite this ideological clarity, the group has offered very little by way of an alternative policy agenda. Seeking a return to the lost days of New Labour is all well and good, but what’s the point of embarking on an arduous journey into political no man’s land if you don’t know what your destination is?

The third surprise is the fact that Chuka Umunna seems reticent about assuming the mantle of leadership. If it is going to make any kind of dent in British politics, the group needs a recognisable leader; somebody making the speeches, appearing on Question Time, putting a face to the namelessness.

Umunna is no heavyweight, but he is by no means bad at this stuff. Is his heart really in it?

There is no criticism intended here of Luciana Berger, who has taken most of the limelight so far. But seeing Umunna occupying a backseat added to the strangeness of Monday’s events.

I am triply surprised by the timing of the breakaway. Why was this decision not made as soon as it became clear that Corbyn was never going to throw his weight behind a second referendum (surprise #4)?

There are surely too many hurdles now to get to a second referendum – and the lengthy extension to the Article 50 timetable it would require – before the end of March.

While it remains possible, but unlikely, that May herself will offer another referendum in order to provisionally pass her withdrawal agreement, the Gang of Seven’s move will have little bearing on this calculation.

Yet a clean break from Corbyn on Brexit at an earlier stage might have added momentum to the People’s Vote campaign.

So, if you are going to wait this long to break away, why not wait a little longer? Spring sees the local elections as well as the determination – one way or another – of the UK’s Brexit fate.

Liberal Democrat leader Vince Cable is likely to stand down; given the Gang of Seven’s avowed centrism, would it not have made sense to ally with a reconfigured Liberal Democrats at this point (Surprise #5)?

Equally, while the parliamentary logic suggests for now that Labour has to stick together to have any hope of influencing the Brexit divorce deal, is it not likely that there will be at least a few more Labour MPs willing to jump ship once Corbyn’s duplicity has been laid bare, and the electorate has delivered its verdict (Surprise #6)?

By making this move, at this point, the Gang of Seven’s narrative is already starting to solidify, and it will be difficult for any other major political figures to come aboard later on.

This brings me to the seventh main surprise.

Perhaps the reason the Gang of Seven are ignoring the common sense of Westminster politics is because they all genuinely believe they are doing the right thing, and are prepared to suffer the electoral consequences (both for themselves and the party they, until Monday morning, had devoted their political lives to).

Perhaps it is wrong to question the timing of the breakaway from a strategic perspective: it happened now because now is simply when enough became enough.

Sadly, I don’t buy it, at least not in Umunna’s case. If this move had been motivated by principle above all else, then the objective of securing a second referendum, however unlikely it is now, would be the centrepiece of the group’s message.

Brexit is obviously more consequential than any other issue they might address, and the one which most unites the group. Yet the fight for a People’s Vote has been strangely downplayed, and arguably the break makes it less likely that Corbyn’s obstinacy can be overcome.

Surprise #7 (and the one which helps to explain a lot of the others) is therefore the quiet but unmistakable sound of surrender.

This is not really about influencing the Brexit process, but gambling on Brexit tearing up the old certainties once and for all: both main parties splitting irrevocably, Scotland moving quickly to secede, and an epic economic crisis that sweeps away not only the current generation of political leaders, but probably the next one too.

Umunna appears to have determined that stepping out of the fray is the safest option for now.