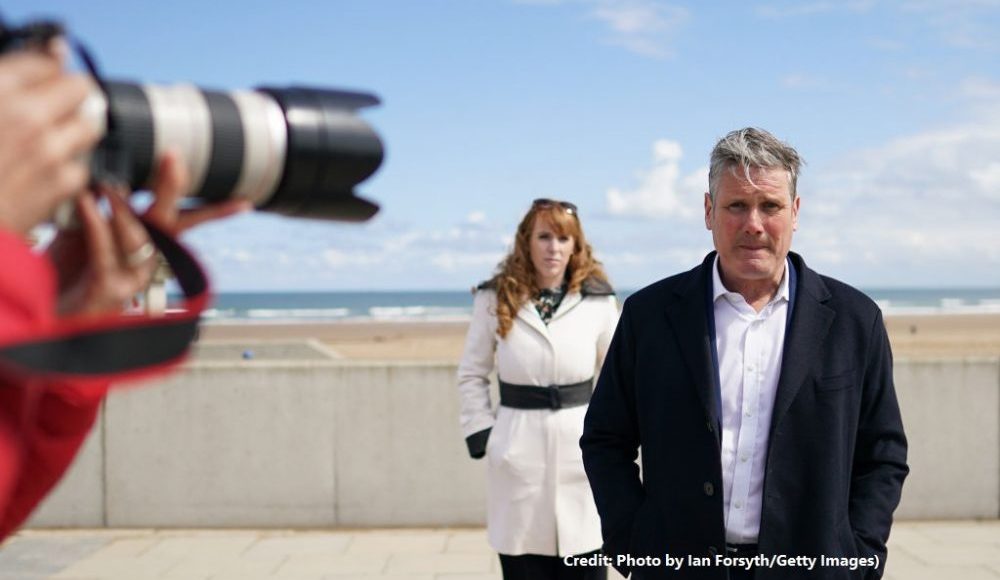 Following the round of elections on 6 May, Labour leader Keir Starmer attempted to reshuffle his top team in the shadow cabinet.

Elected Deputy Leader Angela Rayner ended up with an impressive list of incomprehensible job titles, simultaneously shadowing Dominic Raab as First Secretary of State, Michael Gove as Chancellor of the Duchy of Lancaster (CDL – aka head honcho in the Cabinet Office).

She also has a job on the future of work, which cuts across the departments for business and work and pensions, HMRC, and the Treasury – and probably a number of others if you throw training and retraining into the mix.

Meanwhile it was reported that Rachel Reeves was ‘promoted’ to Shadow Chancellor (of the Exchequer, not of that ancient Duchy) and Lisa Nandy had resisted ‘demotion’ from shadow Foreign Secretary to shadowing the Ministry of Housing, Communities and Local Government (MHCLG) (though she denies all of this happening).

All of this reinforces the idea of a clear hierarchy within the Cabinet and Shadow Cabinet. The same is true for listeners to Times Radio, where every day Matt Chorley ends his broadcast with a quiz called ‘Can you get to No.10?’ where contestants step through the Cabinet.

One correct answer gets you in as Minister without Portfolio, then you ascend through Culture, Media and Sport, Environment, Transport, Education and Health, before the great offices of state – Home Office, Foreign Office, Treasury – and finally No.10.

That hierarchy has been around for ages – and appears in official form in the official list of Cabinet Ministers which is a mix of seniority and length of service.

The Chancellor, the Foreign Secretary and the Home Secretary are always at the top of the list (though the order changes) – sometimes joined by the most senior Minister in the Cabinet Office.

These are the people who sit closest to the PM in the Cabinet room, but also expected to stand in for him when he is not available.

What is far less clear is what it tells us about the importance of those jobs, particularly in opposition.

There is clearly an important role for a Labour shadow Chancellor, in both taking on Rishi Sunak and setting out what a distinctive Labour offer on the economy might look like.

But it’s not clear that shadowing Sunak, rather than taking on Gove, is a real promotion in terms of importance of role, political salience or indeed potential to make an impact.

The importance of the Cabinet Office waxes and wanes with different Prime Ministers – but it matters a lot at the moment.

Currently it is responsible for implementing Brexit(lots of work still there), keeping the Union intact (ditto in spades), overseeing much of the Government’s short-term pandemic response, and presiding over key functions like procurement.

Indeed Reeves’ repeated onslaughts on the Cabinet Office’s handling of contracts was landing some real blows on the Government’s credibility – and there will be more to come on its casual attitude to appointments and conflicts of interest.

Angela Rayner will have her work cut out to keep up the pressure before she even starts to think about the future of work.

If the move to shadow the Treasury might be regarded as a level transfer for Rachel Reeves, a more intriguing question is whether, for an opposition confronting a Government majoring on the politics of place and ‘levelling up’, the job of Foreign Secretary really matters more than the Ministry of Housing, Communities and Local Government.

Apart from a brief period in the sun under John Prescott, when responsibilities were added to make it a ‘super department’ worthy of a Deputy Prime Minister, this is traditionally a pretty low-ranked department – down there for entry level Cabinet Ministers, or people who are en route to the ministerial graveyard.

But now it’s arguably a key battleground, as the department leading on a host of challenges: solving the housing availability and affordability crisis, splashing regional cash, setting up freeports, reforming the planning system, helping put flesh on the nebulous concept of ‘levelling up’, dealing with the increasingly powerful elected mayors, and helping sort local government’s social care crisis.

There will thus be lots of parliamentary action – and potential for a shadow to exploit discontent on Conservative backbenches.

It also offers a positive opportunity, as the Government falls out of love with the Osborne model of devolution, to define a distinct offer to various electorates around the UK who want to take back even more control than Brexit has offered.

If we look at the jobs that matter to people’s quality of life, posts such as Education, Health and indeed Work and Pensions, with the biggest budget of all, should rank much higher than they do – particularly in opposition.

Even the lowly Department of Transport, one of the most reshuffled posts, matters a lot in an age of renationalising rail, rethinking local connectivity and working out an acceptable path to net zero.

Brexit has also changed the profile of departments: Defra now has a big legislative programme and is making decisions for itself – whether as a player on trade policy, environmental standards or the future of fishing – rather than its old role of simply going and wielding the UK votes in the EU’s Council of Ministers.

The jobs that matter less to the opposition’s electoral prospects are those such as the Foreign Office and Defence: prestige, but little daily impact on most people’s lives.

Being shadow Foreign Secretary may look good on the business card, and get a lot of invitations to London embassies, but is not a route to winning back many voters.

Arguably Chorley’s lowest ranked department, DCMS, – which, remember, is responsible for overseeing how we provide and regulate the internet – matters as much to most people’s day to day life, as the top-ranking Home Office.

Politicians, and particularly opposition politicians, who want to reconnect with voters need to rethink which jobs can really make a difference.

Lisa Nandy – and other ambitious shadow Cabinet colleagues – should have been biting off Keir Starmer’s hand to take on the shadow MHCLG brief.