Should I stay or should I go? Brexit ambivalence at the Brit Awards 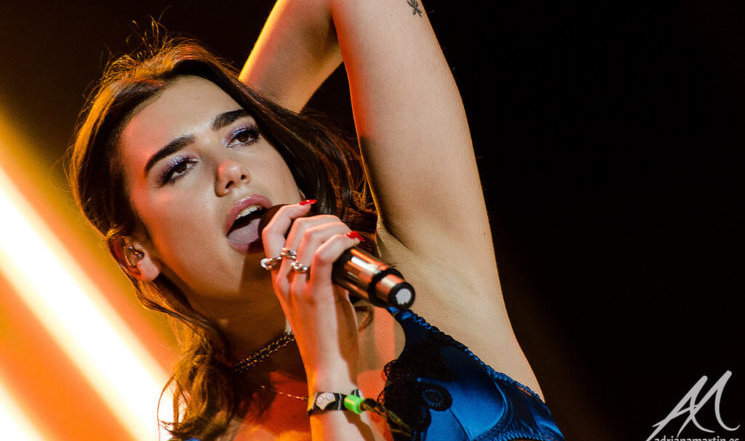 That dress. In an echo of Geri Halliwell’s iconic Union Jack outfit, worn at the height of the Britpop era, Dua Lipa took to the stage at the Brit Awards last night wrapped in a European Union flag.

Or did she? It is a measure of the British music industry’s ambivalence towards Europe that nobody is quite sure. According to the Daily Express, it ‘seemed she was making a Brexit reference’.

The paper added, ‘Many thought the sartorial choice could have been a political one – even if accidental’. The Twittersphere is divided. Some people are asking where they can buy similar EU outfits to wear on 29 March.

Others are pondering if a European reference was being made. Dua Lipa, born in London to Kosovan-Albanian parents, has made no comment.

And nor have the other winners at the ceremony. The Brit Awards can be a forum for politics. Tony Blair attended in 1996, ahead of his election as prime minister, and received a ringing endorsement from Oasis.

Labour came out less well in 1998, when the punk group Chumbawamba threw a bucket of ice water over deputy prime minister John Prescott. In 2014 Davie Bowie urged Scottish voters to remain a part of the United Kingdom.

Last year’s ceremony was replete with references to the #MeToo movement. Brexit appears to be a trickier prospect. The subject was not broached in any of the acceptance speeches last night.

It is tempting to say that this is because this year’s ceremony was dominated by pop. There has long been a divide at the Brit Awards.

When pop artists win they keenly take to the stage and thank the industry people behind them. They do not talk about party politics.

When edgier, leftfield artists win they shamble forwards and can make provocative pronouncements. However, when the Gorillaz frontman Damon Albarn attempted to do this about Brexit in 2018, he ended up being just as vague as Dua Lipa’s dress:

This country, believe it or not, is quite a small little thing, right. It’s a lovely place and it’s part of a beautiful world. What I want to say is don’t let it become isolated. Don’t let yourself become cut-off, you know. Considering our size we do incredible things in music. You know what I mean, we’ve got a real spirit and a real soul. And don’t let politics get in the way of all that shit, right.

What is it that makes Brexit so hard to discuss openly at this ceremony? Some artists have pronounced upon the subject elsewhere.

Annie Lennox and Paloma Faith (both Brit Award winners) are among the signatories to a letter calling for an alternative solution to Theresa May’s policies. It states:

In the Post-Brexit UK, there is a clear risk that reaching consumers and fans will be more expensive, and international markets will be harder to access. Live events will run the danger of being delayed or even cancelled, which would undermine the financial and cultural benefits that this vibrant sector brings to UK PLC.

This is not the sort of analysis that would go down well at an awards ceremony. It talks about economics and what the British music industry can get from the Continent. It does not speak of a cultural embrace.

And therein lies the problem. The reason why it is difficult for UK artists to talk about Europe at the Brit Awards is because the ceremony – from its name through to its most iconic dress – is all about celebrating the home countries.

It does offer international awards, but these are given to American artists who fail to turn up. In its entire history the Brits has never awarded an artist from the Continent.

The one explicit reference made to Brexit last night is telling. Introducing the international trophies, the host Jack Whitehall commented, ‘As you all know Britain is a very outgoing country, which loves the rest of the world. Well, not Europe, but the rest of it’.

And maybe this points to a reason why 52% of the British public chose to leave the EU in the 2016 referendum. Political decisions are regularly informed by cultural preferences. Britain has rarely voted for European pop.