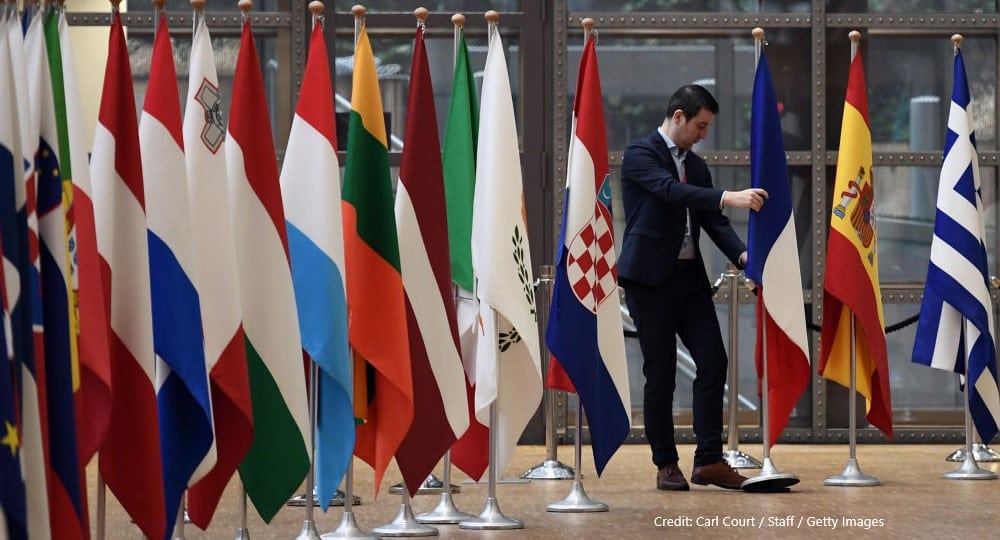 Derrick Wyatt looks at the issue of EU enlargement in light of the granting of candidate status to Ukraine and Moldova, highlighting that divisions over values have come in part from admitting new member states based on geopolitics rather than their capacity to take on the responsibilities of membership.

The Treaty on European Union describes democracy, the rule of law and human rights as values common to the member states. Yet allegations of bribery in the European Parliament seem to tell a different story, as do the governments of Hungary and Poland manipulating the media, harassing the LGBT community, and undermining the independence of the judiciary.

The EU is divided over its common values, and part of the reason is the admission of new member states based on geopolitics rather than their ability to assume the responsibilities of EU membership. This pattern of calculated risk-taking looks set to continue after the rapid granting of EU candidate status to Ukraine and Moldova in the wake of Russia’s invasion of Ukraine.

Corruption divides the EU, and enfeebles democracy and the rule of law. At the top end the EU’s performance is outstanding, with six member states ranked in the 10 least corrupt countries in the world. In addition, two-thirds of the EU’s member states are ranked in the least-corrupt quarter of the 180 countries surveyed. Close to 90% of EU Citizens live in these countries.

But there is another EU, in which the influence of corruption is significant. According to Transparency International, five member states have a serious corruption problem: Greece, Croatia, Romania, Hungary, and Bulgaria. These five countries were almost certainly admitted to the EU before they were ready. There were good geopolitical reasons for this, namely, to support democracy in countries formerly under totalitarian rule, and to embed liberal economic policies through participation in the single market and customs union.

It was the accession of Greece in 1981 which set the precedent for giving priority to geopolitical considerations over the ability of a candidate country to fulfil its responsibilities within the EU. The same approach was adopted to the admission of Spain and Portugal. This way of doing things involved a risk that newly admitted member states would lack the expertise to comply with the obligations of membership. This led to the adoption of the Copenhagen criteria in 1993, which required that expertise plus the ability of a candidate to maintain representative democracy and uphold the rule of law.

It was recognised at the time that pre-accession screening could not prevent backsliding once new members had actually joined the EU, so in 1997 the Treaties were amended to provide for the suspension of the rights of a Member State failing to respect the EU’s supposedly ‘common’ values. A big drawback is that the procedure requires every Member State to agree except for the one at risk of being sanctioned. That makes the procedure unworkable. So in 2021 the EU adopted the so-called conditionality regulation, which uses qualified majority voting. Under this regulation the Council can withhold funds from member states where rule of law deficiencies put the management of EU funding at risk.

This relatively new procedure seems to be a more effective enforcement mechanism, and has seen the Polish Government cave in to EU demands to guarantee judicial independence or lose billions in EU funding. The EU has also frozen billions of euros in funding to Hungary pending rule of law reforms in that country.

Ukraine applied for EU membership in February 2022, only days after it was invaded by Russia. It was granted candidate status in record time on 23 June 2022, the same day as its neighbour Moldova, which applied in March and was also fast-tracked. They joined existing candidates Albania, North Macedonia, Montenegro , Serbia , and, in theory, Turkey, though Turkey is unlikely to ever join the EU. Bosnia and Herzegovina was also granted candidate status in December 2022.

The EU is right to have fast-tracked the candidacies of Ukraine and Moldova if it is looking to strengthen the hand of those who want to bear down on corruption and uphold the rule of law in those countries.

President Macron has said that Ukraine’s accession could take decades. Is he being overly pessimistic?

Ukraine admittedly has a long way to go to comply with the Copenhagen criteria. It has problems with the rule of law as regards its judiciary, and with corruption, ranking 44 places behind the lowest-ranked EU country Bulgaria on Transparency International’s corruption index. But President Zelenskyy is taking EU entry requirements seriously, and compliance is unlikely to take ‘decades’.

President Macron’s comment isn’t just about the progress of Ukraine. Further enlargement of the EU with its present structure would mean regular deadlocks in decision-making when member states use their national vetoes in areas such as international sanctions and tax. France has repeatedly ruled out enlargement until reform of EU decision-making is achieved. In a speech in August 2022, Chancellor Scholz of Germany did the same. Part of what they mean is that some national vetoes will have to go.

In a rational world, national governments like that of Ireland, which have spoken up strongly in favour of Ukraine’s EU Membership, would be willing to give up their national vetoes, to make further enlargement possible. In the real world, it might not be quite so simple. But there could be a deal on decision-making at some stage. If not, the present limbo for enlargement will run and run.

In the meantime, the EU is rightly using the promise of enlargement to strengthen democracy and the rule of law in Europe, while putting the actual admission of new member states on hold. As a down-payment on its pledge of further enlargement, the EU supported President Macron’s proposal for a European Political Community, which was launched on 6 October 2022. This is not a substitute for enlargement, but it provides a showcase for EU candidacy status, and a platform for political engagement by the European States which reject the aggressive agenda of Russia and Belarus. For Ukraine, EU candidacy offers a beacon of hope in dark days.