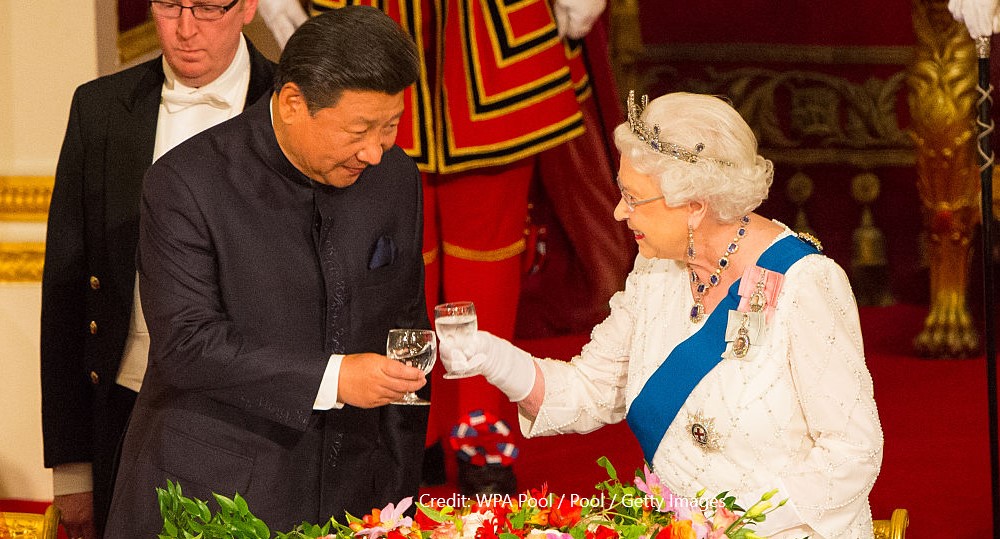 Since the outbreak of Covid-19 in Wuhan around a year and a half ago, Sino-British relations have deteriorated sharply.

From the UK’s “interference” in Hong Kong and the banning of both Huawei and the state-run television channel CGTN to its Xinjiang-related sanctions and recent declaration of a Uyghur genocide, Britain has repeatedly attracted the wrath of China’s so-called wolf-warrior diplomats and state-run media.

Listening to them, it seems only a matter of time before Britain is given punitive economic treatment by Beijing.

While the risk of being hit by China’s trade stick is real, not enough attention has been paid to the elite discussions going on inside of China.

Contrary to what one might suppose, Chinese think tanks and academics have remained, on the whole, relatively optimistic about the future of Sino-British relations. There are several reasons for this.

For a start, a certain amount of post-Brexit turbulence coupled with US interference in Britain’s relations with Beijing had been anticipated.

This phase is regarded as temporary, with the uncertainties surrounding Brexit seen as forcing successive Conservative governments to prioritise short-term political considerations and neglect the UK’s China policy.

Britain’s present “anti-China” posture is also generally seen as borne of a need to build new alliances with like-minded partners, with criticism of China understood by Chinese analysts as helping position the UK as a convener of liberal-minded democracies and staunch defender of human rights.

Much of the same rationale applies to the view of Britain’s recent need to move closer to the United States, though in this case Washington is seen as seeking to exploit Britain’s current weaknesses.

The UK is seen as much as a victim of US interference as an actual aggressor of China on issues such as Huawei, Xinjiang, the South China Sea and even Hong Kong.

There is a general consensus in Chinese think tanks and academic circles that this Anglo–American rapprochement is only temporary.

As Britain gradually works through its differences with the EU and consolidates its other alliances, most analysts predict its dependence on the US will start to decrease, leaving more room for Sino-British cooperation.

Furthermore, a cash-strapped and secession-prone United Kingdom simply cannot afford to forfeit its relationship with Beijing, they argue.

A more tangible source of optimism for these researchers comes from the current British government, which is seen as having frequently signalled its resolve to continue engaging with Beijing despite both pressure from the US and a growing “anti-China” backlash at home.

The government’s refusal to endorse Parliament’s recent genocide declaration is one such example. Its reluctant decision, last year, to remove Huawei from its 5G networks by 2027 is another, with the far-off removal date seen to allow room for manoeuvre.

Boris Johnson’s pro-China comments in particular have not gone unnoticed, from his initial enthusiasm for Beijing’s Belt and Road Initiative to his claim to being “fervently Sinophile”.

“The Johnson government has largely stuck to its pragmatic policy towards China and has not been too troubled by all the anti-China noise.” – Ding Chun and Ji Haonan

Nor has Foreign Secretary Dominic Raab’s stated reluctance to restrict trade with countries with poor human rights records, which is seen as evidence of the UK’s desire to pursue a “twin-track” policy towards China—allowing for cooperation to coexist alongside confrontation.

Such an approach may be criticised in China, but it is also seen as an attempt to fight off the more radical “anti-China” groupings that currently dominate Britain’s China debate.

To keep the Conservative Party united and strong, Number 10 has to make some concessions to the Sino-sceptic camp, some argue. The risk, they say, is that the government ends up being pushed too far in this direction and starts crossing Chinese Communist Party (CCP) red lines. A proper fallout with Beijing might then become unavoidable.

Yet particularly salient is the apparent belief among analysts in the fundamental and supposedly immutable characteristic of British diplomacy—its interest-based pragmatism.

Lord Palmerston’s words from 1848 – “We have no eternal allies, and we have no perpetual enemies. Our interests are eternal and perpetual, and those interests it is our duty to follow” – were repeatedly quoted by different analysts to typify the essence of British foreign policy down to the present day.

It is difficult to overestimate the importance of history in Chinese thinking.

Even its so-called “two-faced” approach to diplomacy is seen as being typical of Britain’s past. Quite striking in some of these discussions is an apparent underlying belief, or faith, that whoever comes to power in Britain will, sooner or later, adopt most of these characteristics regardless of their political background.

Like much of the West, the UK is, of course, also described as “arrogant”, “interventionist”, and prone to “imperialistic thinking”. But these boilerplate criticisms are not predominant. Memories of the recent past actually seem to afford Britain considerable credit.

The fact that the UK was the first major Western country to recognise the People’s Republic of China has not been forgotten. Nor has its past role within the European Union in helping curb anti-Beijing “protectionism” by other member states.

“Many of the favourable conditions and opportunities from the “golden era” of Sino-British relations still exist […] we should not overlook British diplomacy’s ability to readjust and correct itself.” – Wang Zhanpeng

When it comes to trade, Britain is often seen as a no-nonsense partner, less concerned than most other Western countries by its trade deficit with China.

For all Britain’s flaws and declining strength, a definite sense of respect and even admiration for the UK is palpable. Britain’s disproportionate influence in the world compared with its size is readily acknowledged.

Analysts occasionally describe Sino-British relations as a potential “model” for relations with other western countries, and many areas of potential cooperation are identified: from science and technology to education and finance, alongside mutual advocacy of globalisation, multilateralism and free trade.

Notwithstanding the recent verbal spats between London and Beijing, cautious optimism seems to prevail among this particular segment of the Chinese elite. How representative these views are of those held by the CCP leadership is difficult to say.

Think tanks and academics are certainly consulted and listened to by China’s apparatchiks. But the views they express in writing are not necessarily those expressed behind closed doors. The views presented here should therefore be treated with a degree of caution.

Nevertheless, if one were to boldly assume that at least some of these opinions and beliefs are also shared by Mr Xi and his colleagues, this could mean that Britain might still have some leeway before being definitively put into Beijing’s bad books.

Britain is still too important for China to lose. At least, this is what these expert opinions suggest.

What they fail to recognise, however, is that the relationship goes both ways. London has its own red lines when it comes to protecting the values it believes in.

Contrary to what most of these analysts imply, the future of Sino-British relations depends not only on Britain’s future behaviour, but also on China’s.

By Thomas des Garets Geddes, associate analyst at the Mercator Institute for China Studies. This is an abridged version of this article. The longer version is available here.