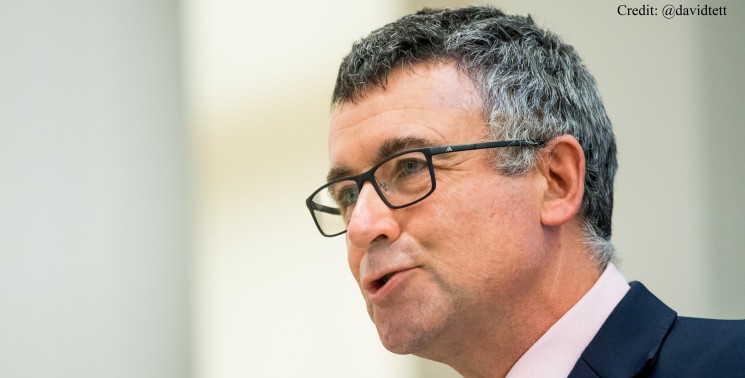 First, Brexit as a constitutional event for the United Kingdom is significant, because of what it brings to an end. Those who claim that the EU is an emerging federal superstate are often told that this is not so, because the EU is sui generis. By this, they mean it is made up of sovereign states but it will not itself become a sovereign state, based on the old Westphalian model of sovereign states, because that is not how the world will be in decades to come.

We shall see over time if the USA or Russia or China subjugate their national sovereignty to international institutions – I suspect not – but there is no denying that membership of the EU requires the subjugation of the national legal order into the EU one.

In the UK, this led to a clash between the legal doctrine of the sovereignty of the Queen in Parliament, and the doctrine developed by the EU Court of Justice of the supremacy of EU law. Whatever the theory of the former, the UK has lived the constitutional reality of the latter. Assuming a clean break of some sort, that will come to an end.

Secondly, we can talk about how the UK constitution must adapt as we leave the EU. This will unleash some new constitutional uncertainties. The passage of the EU Withdrawal Act 2018 incorporates into UK domestic law all of the EU acquis, defined as “EU retained law”, so that there is certainty about continuity of the UK statute book as we leave the EU.

But the passage of that legislation through Parliament exposed many uncertainties: two in particular. One is what the role of our own courts will be. As a member of the EU, they were empowered to strike down UK statute law if they deemed it incompatible with EU law, even a new Act of Parliament. After we leave, Section 5 (1) is clear that “The principle of the supremacy of EU law does not apply to any enactment or rule of law passed or made on or after exit day.”

How our courts choose to interpret that provision will depend upon how explicit Parliament is when it legislates in future. Section 6 (2) says the Court “may have regard to anything done on or after exit day by the European Court, another EU entity or the EU so far as it is relevant to any matter before the court.”

Other uncertainties arise from what has happened to the UK constitution while we have been a member of the EU. Devolution was conceived while the EU largely controlled agriculture, fisheries, environmental policy and rules about state aid.

In the absence of the EU, these matters would be devolved by default. Clause 11 of the Bill, now Section 12 of the Act, became a vexed battle ground for who shall decide what after we leave. As PACAC has pointed out in our reports, the original idea of devolution in the UK was binary – a power is either reserved or devolved.

This leaves a constitutional and institutional void to be filled between Westminster and Whitehall on the one hand, and the devolved Parliaments and administrations on the other. The way it is filled will determine how control over some areas of policy is shared, in much the same way as the EU and the member states manage shared competences.

This is not just constitutional, legal or structural. It depends on developing a shared understanding about how things can best work, and on the building of institutional and personal trust.

Thirdly, there have been some significant constitutional events along the way towards Brexit, reflecting the political conflicts about Brexit.

One such is the Miller case, which in the end did not change very much legally, but led to Parliament overwhelmingly to endorse the invocation of Article 50, and of taking the UK out of the EU. Another is the Parliamentary innovations employed to attempt to thwart Brexit. Again, these events reflect political tensions in a hung parliament, rather than any substantial constitutional change.

These things reflect the narrow, technical and legal questions on this subject, but it is more important to look at its wider, political aspects.

Our constitution remains largely uncodified, though there are more and more authoritative sources that compete with each other as we try to explain to ourselves what our constitution means – the cabinet manual, a new edition of Erskine May, more court judgements, and so on.

Just look at how the US Constitution has evolved: the separation of powers partly frozen in the time of its writing, but also providing for the massive expansion of federal government and in the political decisions taken not by the Executive or the Legislature, but by the Supreme Court. Each constitution is a living concept determined in the end by politics rather than law.

So in considering Brexit and the Constitution, we should bear in mind the politics: why people voted Leave, and what they were voting for or against.

First, we must set aside the idea that the result was some kind of constitutional accident, or the result of lies, or people not knowing what they were voting about. The vote could not have been more explicit about remaining in, or leaving the EU.

If the bus had said £250m instead of £350m, it would not have appreciably changed sentiment, and many would argue that there were far more powerful untruths told by the Remain side, that for example there would be an immediate recession after a Leave vote.

And the notion in this referendum aside from any other, that a significant part of the population do not deserve to have their vote respected, demonstrates exactly the kind of we-know-better elitism which alienates voters from the EU.

We should look harder for the constitutional reason why the UK has rejected the EU (and would do so again with more force if we were to re-run the referendum.)

We all agree that we want to preserve Western liberal democracy: for our people to enjoy individual freedom, freedom of speech and assembly, to participate in democratic decision making, and to enjoy a fair share of the economic goods of liberal economics.

Vladimir Putin has claimed that liberalism is dead. We must contest this, but when he points out “The obvious problem is the gap between the interests of the ruling elites and the overwhelming majority of the people”.  It is hard to contest that.

People were voting to take back control, and they have a far clearer idea of national democracy and accountability than what they have experienced in recent decades.

The endless arguments about trade and economics which dominate the Brexit debate miss the point. Take VAT for example. The EU has blocked the UK from removing VAT from sanitary products. More recently, it required the UK to apply VAT to energy saving materials, and to solar panels, contrary to UK government policy. Where is the democratic accountability in that?

It was easy to apply the same sense of outrage to questions like money and migration.  Now add to that the sense that politics and business have enjoyed too cosy a relationship in the corridors of power in Brussels and in Westminster, where EU rules have too often been the excuse to protect the vested interests, and the lifestyles of the decision-makers, and to ignore the wishes of voters, and it’s game set and match to national democracy.

It should come as no surprise that the people wanted to challenge the constitutional settlement established under the EU. The EU is made up of national democracies, but is itself very far from democratic.

It is in fact surprising that it took so long, and it is still taking so long for the elites to realise that the future of liberal democracy must be founded on a more engaged, accountable and democratic constitutional settlement, based on the nation state and international cooperation, rather than rather less accountable and less transparent supranationalism.

By Sir Bernard Jenkin MP. This is a longer version of the speech he gave at The UK in a Changing Europe’s Brexit and constitution conference.